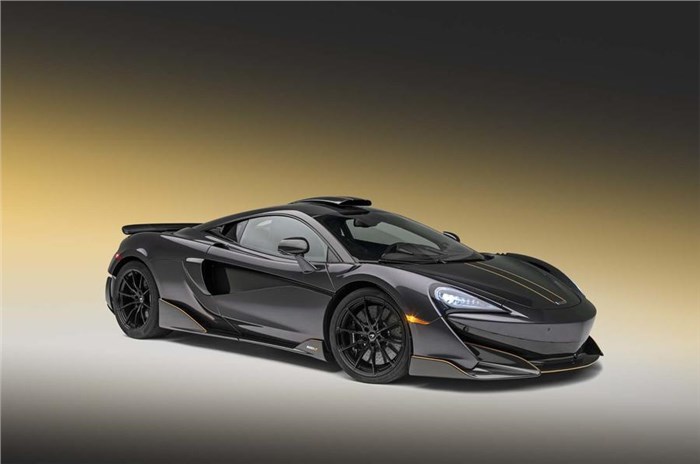 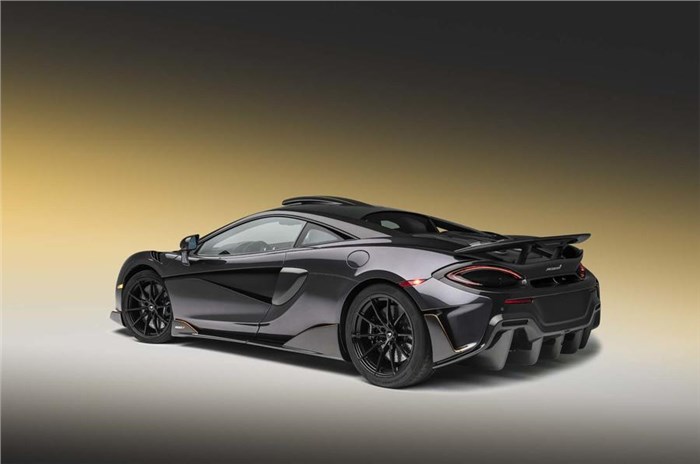 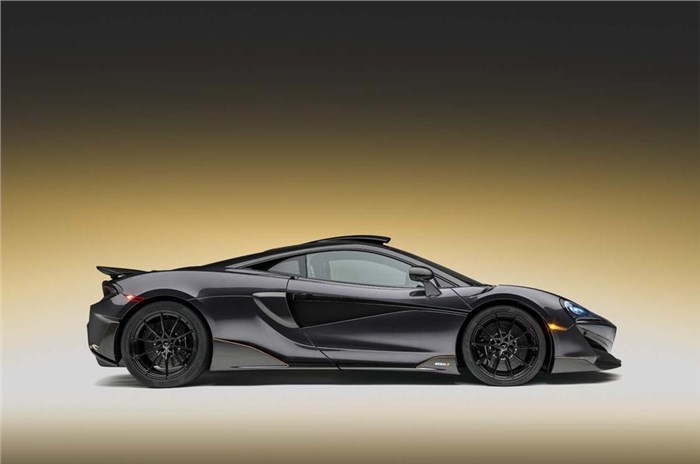 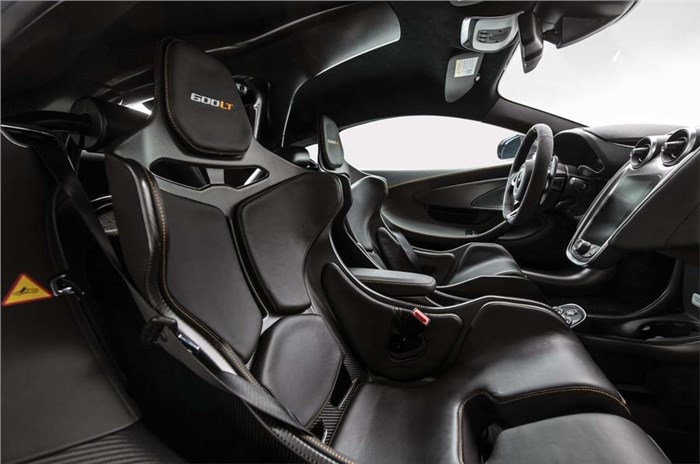 McLaren will reveal a new 600LT at Pebble Beach; upgraded by the McLaren Special Operations division, the supercar receives a lot of carbon-fibre bits.

McLaren will be heading to this week’s Pebble Beach Concours d’Elegance with a bespoke version of its new Longtail-inspired 600LT supercar. The concept will showcase a slew of personalisation options from the Woking brand’s MSO (McLaren Special Operations) division. This is its following the 600LT's first public appearance at the Goodwood Festival of Speed, last month.

Featuring MSO Bespoke Stealth Grey paintwork, the 600LT receives a number of carbon-fibre upgrades which includes an F1 Longtail-inspired air intake scoop mounted on the roof. Three carbon-fibre upgrade packs are also featured. The material has been used for the door mirrors, door inserts, as well as the front splitter, rear bumper, diffuser and engine cover.

An ‘MSO Defined’ carbon-fibre roof and front-wing louvres are also part of the package. The new parts are said to reduce weight – but McLaren has yes to disclose how much lighter the MSO version is as compared to the regular 600LT. The car's gloss black 10-spoke wheels complete the look.

Inside, lightweight carbon-fibre seats are sourced from the McLaren Senna, accented with orange contrast stitching. Six-point harnesses also feature on the MSO upgrade, and a carbon-fibre transmission tunnel and door inserts are showcased, along with an upgraded Bowers & Wilkins sound system.

Detailed touches to the interior include bespoke embroidery in the headrests, ‘600LT’ etched on to the throttle pedals and even a set of hand-painted keys.

McLarenP1 successor to arrive by 2025