The Woking-based carmaker announces ‘Track25’ – its updated strategy – at the Goodwood Festival of Speed. 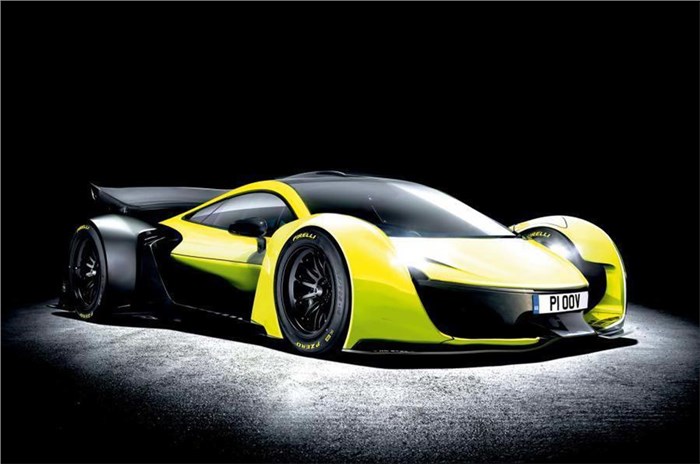 McLaren has announced that it will launch 18 new cars by 2025. By this time, the car manufacturer expects all its mainstream production models to be set-up with hybrid powertrains. These new models will include a direct successor to the McLaren P1 hypercar, in addition to the recently revealed Senna and the three-seater BP23. The latter is due to be revealed later, this year.

However, McLaren has also said that some of its future limited-production hypercars might still rely on internal combustion engines, alone – some of which sit in the brand’s top-tier Ultimate Series.

The plans were announced by McLaren at the Goodwood Festival of Speed. The £1.2-billion business plan – dubbed ‘Track25’ – is a follow-up to the carmaker’s Track22 strategy announced in 2016 in which it announced 15 new models by 2022.

The 18-car-strong line-up will include replacements to the current entry-level Sports Series range, and mid-level Super Series range. All of this implies that McLaren’s production will reach 6,000 units per year by 2025 (McLaren sold 3,400 cars last year) and shall remain at McLaren’s plant in Woking.

Since the 720S was launched last year, it is safe to assume that the Super Series model won’t be hybridised until 2022.

While current models all use a version of McLaren’s twin-turbocharged V8, the hybrid powertrain is likely to use a smaller-capacity turbocharged V6. McLaren boss Mike Flewitt would not confirm as much, but he did say that McLaren was already testing the hybrid set-up to make production in a 720S mule.

The hybridised models will be based on a new structure that is an evolution of the current Monocell II architecture. In a conversation with Autocar UK earlier this year, Flewitt said, “Hybrid design is part of the next platform – it is designed-in from day one rather than having to adapt an existing chassis.” He also confirmed at the time that a hybrid powertrain will be the only option within McLaren’s core model ranges.

Along with its hybrid plans announced today, McLaren is investing in “new augmented driving features”. Flewitt explained that McLaren wants to use autonomous-driving technology to fit in with the brand’s values. For example, McLaren’s track app could be developed so that it is able to overlay [F1 driver Fernando] Alonso’s best lap. “It would let him virtually drive the car and then you could learn from it.”

It will also develop a “lighter, superfast-charging high-power battery system for performance”. Hybrid McLarens equipped with the battery system could have more than 30min of range on track.

The firm also intends to win the “supercar weight race” ensuring, as it does today, that each of its products is the lightest in its segment.

Other technology due to be launched on the next generation of McLarens includes enhanced cyber protection, improved vehicle tracking and over-the-air software updates.

As part of its growth plan, McLaren also announced plans to expand its reach globally. That includes expanding its retailer network from its current 86 sites to 100 by 2025; as well as evaluating new markets such as Russia, India, and central and eastern Europe.