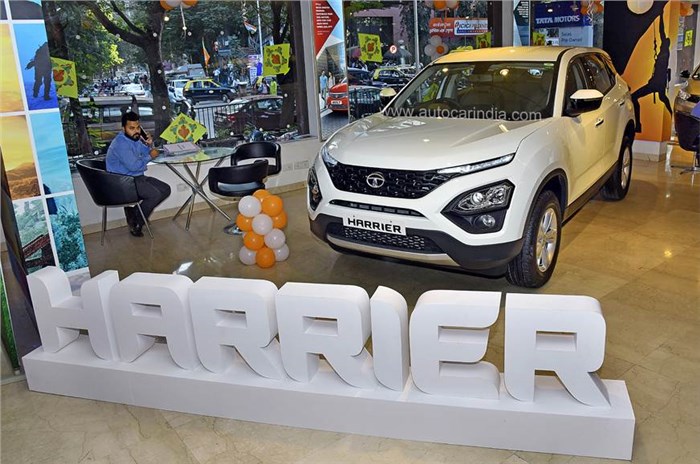 Effective from April 1, the BS6 deadline is just round the corner. Dealerships will not be able to sell and register any leftover stocks of BS4 vehicles from next month onwards, which means that massive discounts are being offered across the board in an attempt to clear inventory. Home-grown automaker Tata is no different and it has authorised its dealers to extend sizeable benefits and savings on its complete range. Interestingly, discounts on the BS4 models are touted to be offered till March 19 only, with benefits on BS6 variants available throughout the month.

Read on to find out just how much you could save on your next Tata vehicle before the mandatory BS6 norms kick in.

Available as a 6- and 7-seater, Tata’s large crossover takes on the likes of the Toyota Innova Crysta in our market. Packing a 2.2-litre diesel engine that won’t be ready in time to make the switch to the cleaner emission norms means that the Hexa will soon bow out for the time being. The company is working on an update, but it will only see the light of day later in the year. Nonetheless, those interested in a capable, long-distance cruiser with three-row seating can have the BS4-spec version in manual, automatic as well as in all-wheel-drive for around Rs 2.05 lakh off.

The first model in its line-up to be underpinned by a Land Rover-derived platform, the Harrier is positioned on the higher side of the midsize SUV segment where it competes with the MG Hector. Sharp styling, oodles of space and a good amount of kit are some of its calling cards. Tata recently updated its 2.0-litre diesel engine to BS6 norms which not only saw the power figure jump from 140hp to 170hp       , but also resulted in the addition of an automatic gearbox and some much sought-after features. Dealers are offering discounts of up to Rs 1.30 lakh on the BS4 version, with the updated model also seeing savings of up to Rs 35,000 in the form of an exchange offer.

The Zest has been chugging along since 2014, however, April 1 will mark the end of road for the less popular of the two compact sedans in Tata’s current line-up. Rs 90,000 worth of consumer benefits can be availed on remaining stock. The Zest can be had with a 1.2-litre turbo-petrol or a 1.3-litre diesel engine in two states of tune – 75hp and 90hp, with only the more powerful oil burner available with the convenience of an optional AMT automatic gearbox.

The Bolt is essentially the hatchback counterpart to the Zest and even comes with the same powertrain options, barring the more powerful diesel and the automatic gearbox. Those looking for a robust hatch with a spacious cabin could find a good deal in the Bolt, which is being offered with flat discounts of up to Rs 80,000, till it faces the axe next month.

The Tigor competes with the likes of the Maruti Suzuki Dzire, Hyundai Aura and the Honda Amaze in the highly competitive compact sedan segment. In BS4 guise, it comes with a 1.2-litre petrol and a 1.05-litre diesel mill, with only the former getting the option of an AMT automatic. The switch to BS6 has seen the diesel engine being dropped from the line-up and has also brought with it refreshed looks and features. Models complying with the older emission norms can be had with benefits of up to Rs 70,000 for the diesel and Rs 60,000 for the petrol, while BS6 compliant versions get up to Rs 30,000 off.

Tata will finally draw the curtains on the Safari next month and those interested in acquiring the rugged SUV before it is discontinued can avail offers of up to Rs 55,000 off, including a consumer discount as well as an exchange bonus. With a 2.2-litre diesel engine under the hood mated to a manual transmission, the Tata can also be had with a four-wheel-drive layout in the top-spec trim, though the features list will seem somewhat lacking for this day and age.

With its concept-like styling, the Nexon manages to stand out in an increasingly crowded segment which includes the likes of the Maruti Suzuki Vitara Brezza, Hyundai Venue, Ford EcoSport and Mahindra XUV300. The Tata can be had with as many as four powertrain options – a 1.2-litre, turbo-petrol and a 1.5-litre diesel engine, each mated to either a manual or an AMT automatic transmission. In BS4 guise, the Nexon is attracting benefits of around Rs 55,000 for the diesels and Rs 45,000 for the petrols. In the switch to BS6 norms earlier this year, the SUV was also given a mid-cycle facelift, replete with reworked styling and more features.

A robust build, upmarket cabin and a good amount of kit is what sets the Tiago apart amongst rivals like the Maruti Suzuki Wagon R and Hyundai Santro. The hatchback shares its 1.2-litre petrol and 1.05-litre diesel offerings with the Tigor sedan, along with the optional AMT automatic gearbox on the former. In BS4 guise, the diesel is getting as much as Rs 50,000 off the sticker price, with the petrol being extended with a Rs 45,000 discount. A facelift earlier this year brought with it revised styling and a BS6-compliant petrol mill, with the diesel being discontinued. This version can be had with benefits of up to Rs 25,000 as well.