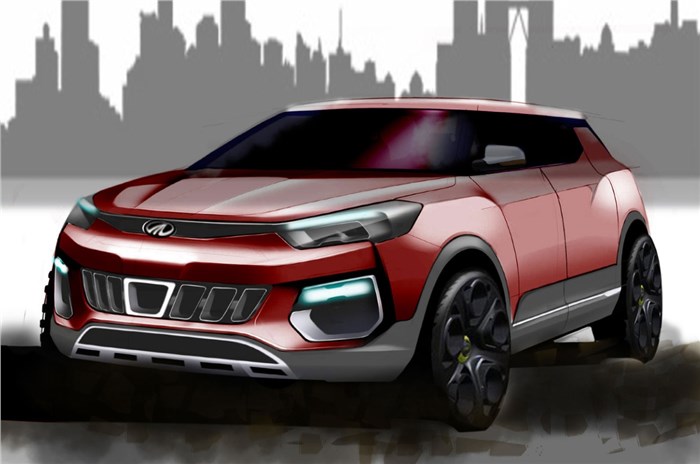 Image used for representation purpose only.

It’s now a well-known fact that Mahindra is readying a slew of new electric vehicle launches. If things go to plan, by 2027, Mahindra could have as many as 13 new models, eight of which will be electric. These will include electric versions of the KUV100 and the XUV700, and what appears to be a new model called the XUV400.

At a recent press conference Rajesh Jejurikar, executive director, auto and farm sectors at Mahindra Group, said “We may name that [the electric version of 300] the XUV 400, we believe it has an opportunity to be named differently.” However, Jejurikar added that “this still a codename”.

While the company says the name XUV400 is yet to be finalised, chances of that happening are very good, given that the SUV for which the name was reserved may not come very soon. The XUV400 name was to be used for an all-new 4.3m midsize SUV that was to sit above the current XUV300 and below the now-discontinued XUV500 in Mahindra’s line-up. This SUV (codenamed S204), touted as a Creta rival, was to be co-developed with Ford on its B-platform, which would then also have a Ford variant (internally called B705). However, with the partnership now called off, Mahindra could easily use the XUV400 badge, as the development of a new 4.3m SUV would take some time.

The electric XUV300 was previewed as the eXUV300 concept at Auto Expo 2020. It was underpinned by the Mahindra Electric Scalable and Modular Architecture (MESMA) platform. The eSUV was equipped with a 350V powertrain, and a more powerful 380V version was expected to join the line-up later. It was also announced that two battery packs would be on offer on the production version, with the lower variant being priced on par with the Nexon EV and a higher variant to take on the likes of the MG ZS EV and the Hyundai Kona EV.

At the event, it was also announced that the eXUV300 was the first product to come with battery cells developed by LG Chem exclusively for India applications. LG Chem is a Korean battery manufacturer that has been collaborating with Mahindra in the field of advanced lithium-ion battery technology.

The electric version of the XUV300 could also carry over some styling bits from the concept. These could include the closed-off grille, unique front and rear bumpers and a different alloy wheel design, among others.

The eXUV300’s production version was to hit the streets by 2023. However, due to multiple delays caused by the pandemic and the ongoing chip shortage, the electric SUV could launch in 2024 or later.

Do you think the XUV400 name is a good choice for the electric XUV300? Let us know in the comments below.

Bad name choice. Mohindra should have come up entirely new branding for its electric vehicle line

Bad name choice. Mohindra should have come up entirely new branding for its electric vehicle line