Mahindra’s electric SUV gets a more aggressive design for the front bumpers and redesigned headlights. 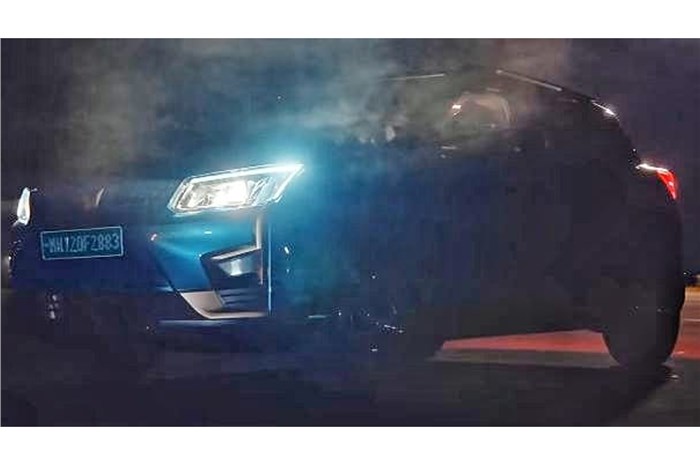 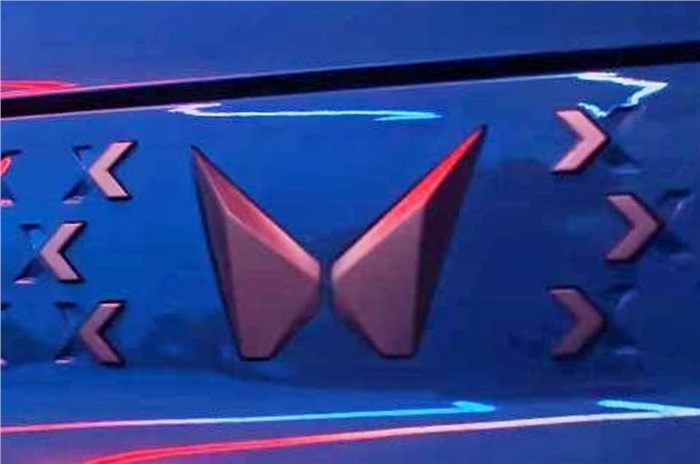 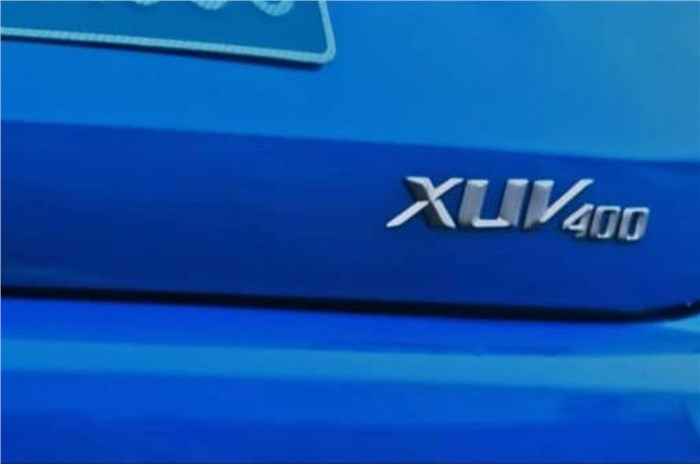 The Mahindra XUV400 EV has been partially revealed, ahead of its global debut on September 8. Images of the electric SUV reveal a new blue paint, its front end styling and other design cues.

As seen in the image of the electric SUV’s front end, the DRLs now only confined to the headlight unit, unlike in the XUV300, where the DRLs drop down from the headlights. The XUV400 gets a closed-off, X-patterned, black and bronze front grille with Mahindra’s new ‘Twin Peaks’ logo in the centre, also finished in bronze.

The XUV400 has a more aggressive front bumper design, with a prominent crease that houses fog lamps and what looks like an air-vent. More bronze accents can also be seen on the front bumper. This bronze treatment is also seen on Mahindra’s XUV.e range of born EVs, which were revealed last month.

From the side, there is not much to distinguish the XUV400 from the XUV300, as the former gets a similar glass house and character lines. At the rear, the SUV will get a revised tailgate design, new wraparound tail-lamps and a more pronounced license plate housing.

While Mahindra has not revealed details about the XUV400’s powertrain yet, according to sources, the SUV is likely to come equipped with a single front-wheel-drive electric motor making around 150hp, and two battery pack options.

Coming to features, the XUV400 will have an updated infotainment system that shows EV-specific data, and it could also get Advanced Driver Assistance System (ADAS) tech.

With the XUV400, Mahindra will finally enter the electric SUV segment, where will go up against the Tata Nexon EV, which currently has no direct rivals besides the slightly pricier MG ZS EV and the Hyundai Kona EV. Following the XUV400 will be the first of the carmaker's born-electric SUVs towards the end of 2024.