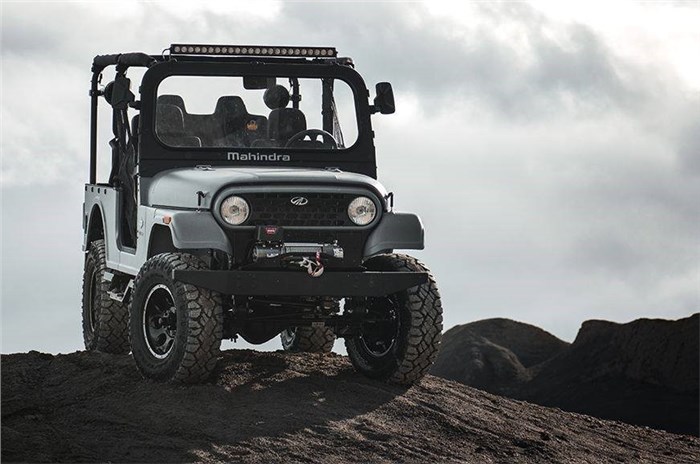 The International Trade Commission (ITC) has upheld November 2019’s findings that the Mahindra Roxor is a copy of the Jeep Wrangler. This means that Fiat Chrysler Automobiles has won its bid for an order to block US imports of the Roxor off-roader.

While the judgement made late last year was upheld – with modifications – by the ITC, the Trump administration can veto the ban on public policy grounds. The judgement at the time had said that the “Respondent’s [Mahindra’s] Roxor vehicle infringes Complainant’s Jeep trade dress but not its registered trademarks.”

This means that even the 2020 Mahindra Roxor facelift that was revealed in January – which got a Toyota Land Cruiser FJ-inspired grille instead of the traditional Jeep/Mahindra slated grille – infringes on the Jeep Wrangler’s iconic design. Mahindra had alleged in a filing with the ITC that Fiat Chrysler is trying to achieve “a practical monopoly over the import and sale of components used in any boxy, open-topped, military-style vehicle.”

The Roxor is locally assembled at Mahindra Automotive North America’s (MANA) facility in Auburn Hills, Michigan, though about 50 percent of the model’s parts are sourced from India. With the order, it seems like Mahindra may have to pull the plug on the Roxor in the US. The model is still listed on the MANA official website with an ex-showroom price tag of USD 15,999 (for the 5-speed manual variant) and USD 16,999 (automatic).

Since its mid-2018 launch, the Roxor has developed somewhat of a cult following in the US side-by-side market. Some states even allowed the off-roader to be used as a regular vehicle, which helped it gain popularity. Additionally, buyers have found the Roxor easily customisable, thanks to its simple design and huge parts commonality with Jeep models from yesteryear.