Groupe PSA has confirmed that the first model from Citroen’s C-Cubed programme will launch in 2021, unperturbed by the coronavirus pandemic. 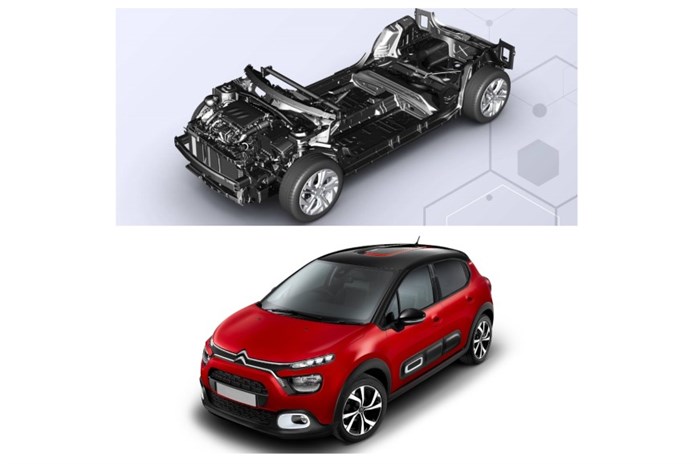 Although Groupe PSA has announced the launch of its first model for India – the Citroën C5 Aircross – has been postponed due to the coronavirus pandemic, the French company has confirmed that its first made-in-India model will arrive on time. As we previously reported, the first model under Citroën’s C-Cubed programme will be the compact SUV (codename: C21) and will launch in India in 2021.

“Groupe PSA has decided to maintain the project timeline and investment for the C-Cubed program, under which the first vehicle designed, developed and made in India would be launched in 2021 as announced in 2019 by Carlos Tavares, chairman of the managing board, Groupe PSA.”

This means that the Citroën C21 compact SUV will be followed by a hatchback – which is likely to rival the Maruti Suzuki Baleno and Tata Altroz in the Indian market – and a sedan of unknown dimensions at a later date. All these made-in-India models will be underpinned by the same new Common Modular Platform (CMP) for developing markets. Rather than the PSA EMP2 platform that underpins the larger C5 Aircross, the CMP (also called the PSA EMP1 platform) was chosen for India, since low-cost models from its sister brand Peugeot that already use this platform have been introduced in Latin American markets.

Unlike the model that was spotted testing recently wearing the body shell of a Peugeot 208, the production version of Citroën’s compact SUV is expected to borrow funky design cues from the likes of the C3 that is on sale in international markets.

Multiple engine options are expected to be on offer – a 1.2-litre, naturally aspirated petrol engine, a 1.2-litre turbo-petrol unit and a 130hp, 1.5-litre diesel motor. These are anticipated to be a big draw to the model. Initially, there’ll just be a 6-speed manual gearbox on offer, with automatic options joining the line-up a little later.

The production-spec Citroën C21 sub-four-metre SUV is expected to be priced competitively against the likes of the Hyundai Venue, Tata Nexon, Mahindra XUV300 and Maruti Suzuki Vitara Brezza, as it expects to boast a localisation of 90-95 percent.