The compact SUV will be available with three engine options; prices likely to start at Rs 7 lakh. 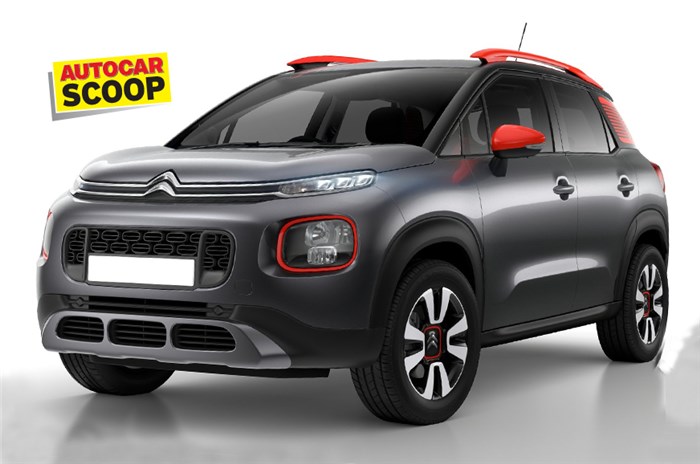 French carmaker Citroen has already announced plans to start its India innings in 2020 with the C5 Aircross SUV. While the C5 Aircross will primarily be a brand builder for Citroen that’s a relatively unknown name in India, the carmaker’s second product will be its volume driver. The second product in question will be a compact SUV that will go on sale in 2021.

This new sub-4m SUV will be a shortened version of the C3 but will be built on a different platform tailored for India. Right from the get-go, the compact SUV will come with a localisation level of 90-95 percent, and the cost savings, as a result, could translate to an ex-showroom price starting of around Rs 7 lakh. In terms of styling, the compact SUV will have the same design cues as the C3 and, in true Citroen fashion, styling will be unconventional to say the least.

The Citroen compact SUV will be available with three engine options. There will be a 1.2-litre, three-cylinder petrol in naturally aspirated and turbocharged states, producing approximately 83hp and 110hp, respectively. There will also be a 1.5 diesel – the same DV5 unit that was co-developed by PSA and Ford and used by the latter in its small car line up. The Citroen compact SUV will come with a 6-speed manual gearbox, which again, will be locally manufactured to lower costs. An automatic is expected at some point.

While the Citroen compact SUV will be made-for-India, it will be exported around the world with Latin America being the main market.