The Carnival will be pitched as a premium rival to the Toyota Innova Crysta, and will be sold in seven-seat configuration. 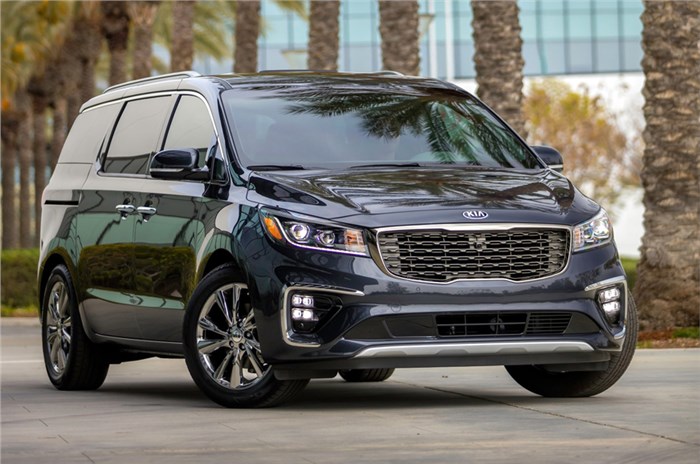 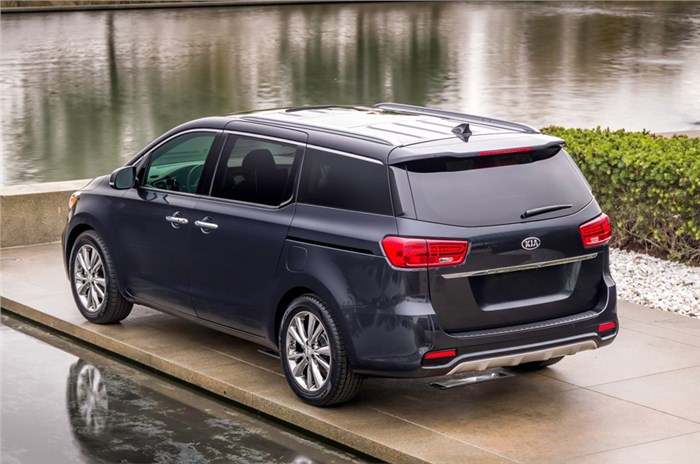 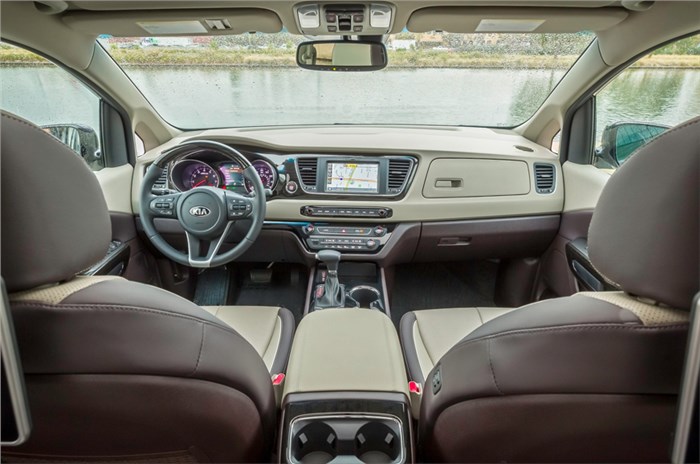 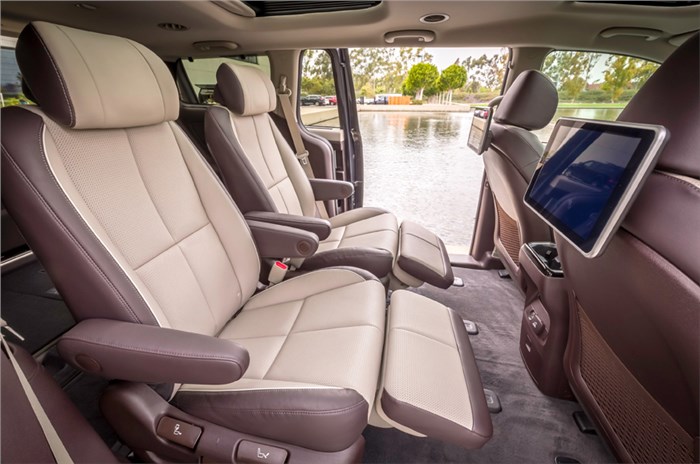 Kia’s second car for India after the Seltos will be the Carnival MPV. Now confirmed for an early 2020 India launch, Kia plans to showcase a mildly facelifted version of the Carnival at the 2020 Auto Expo, and then price and configure it in line with customer expectations. The Carnival is also sold as the Sedona in some markets.

A premium alternative to the Toyota Innova Crysta, Kia says the Carnival will sit a half-segment or a segment above the Toyota, depending on how the Korean company specifies it. It certainly has the size and requisite space. Longer than the Innova Crysta by a significant 380mm, it is also 155mm wider and so big on the inside that it can be configured as a seven-seat, eight-seat and even an 11-seat MPV. Even the exterior dimensions are impressive – it measures 5,115mm in length, 1,985mm in width, and 1,740mm in height. Its wheelbase is also longer than three metres, at 3,060mm, which, as mentioned before, makes it longer than the Innova Crysta. 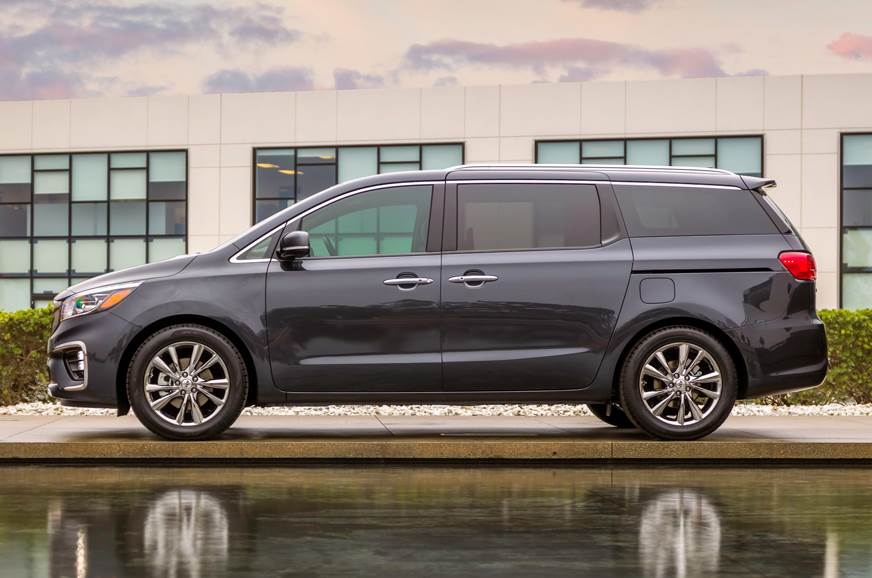 Built on a front-wheel-drive platform – as against the Innova’s truck-like, rear-wheel-drive ladder-frame with the engine located north-south – the Carnival is also more space efficient. And what makes access to the third row easier is the fact that the Kia is lower slung and has sliding doors, which are likely to be electrically actuated. The focus on the inside will be the second-row seats. Expect extendable leg rests and chair arms, and a seriously capable rear entertainment package with dual 10.1-inch screens. The roof of the Carnival is slightly lower than the Innova’s in the rear and, as a result, the seat is placed a bit lower. Still, all the extra length will help add to comfort.

Up front, you can expect build quality that is clearly superior to that of the Innova. It is likely to come with features like Kia’s UVO Connect in-car connectivity suite, a large touchscreen infotainment system, two sunroofs, power adjustable driver’s seat with memory function, three-zone climate control and plenty of safety kit. Configured and built originally for the US, there’s also a bit of boot space in the rear, even with all three rows up. And this can be further augmented by opening the boot floor, where at least three soft bags can sit. Some versions even have a motorised third row.

The Carnival for India is likely to be offered with a 2.2-litre four-cylinder turbocharged diesel, sending power to the front wheels. The engine produces 202hp at 3,800rpm and 441Nm of torque between 1,750-2,750rpm. A 6-speed automatic is likely to be the gearbox of choice, though a 6-speed manual is also available.

While the car will be partly assembled in India, the engine will be imported as a fully built unit. This is sure to impact the price and make it a bit expensive. Still, expect the Kia Carnival to be priced around Rs 25-26 lakh, which would make it an interesting option for buyers looking for an upgrade over the trusty Innova.