Head of India’s largest carmaker says the company is in a transition phase to introduce more models in the mid- and upper-SUV and MPV segments.

The Grand Vitara takes on the Creta, Seltos and the Hyryder in India. 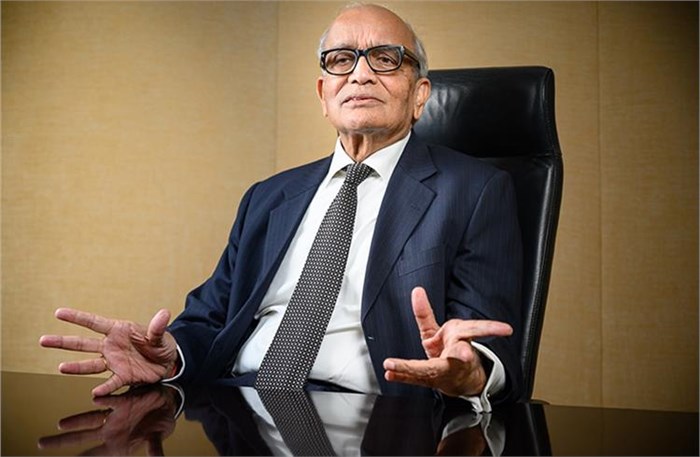 RC Bhargava, the chairman of Maruti Suzuki, says Indians are moving towards higher priced SUVs and MUVs and that the carmaker is in the "phase of transition" to cater to this "shift in composition of the market".

Bhargava forecasts that demand for its bread and butter hatchback segment is likely to decline in FY-24 (April 2023-March 2024) in a market that is "set to grow by 8 percent".

Speaking of Q2 FY-23 earnings (July-September 2022) Bhargava said, “It is the result of the fact that there has been a shift in the composition of the market. We are moving away from a market, which was predominantly small cars and hatchbacks, to a market which is more in the upper segment cars – the SUVs and MPVs.”

The chairman of India’s largest carmaker attributed the decline of the small-car segment to the consistent degradation the buyer’s affordability. “People with limited income are the hardest hit, and the sustained inflation will further make it difficult. They will take a longer time to build up resources to buy a car, but we do have the models in the entry-level segment for them," said Bhargava.

"The overall hatchback segment has been on a declining trend for the last three years, the volumes of hatchbacks have fallen by 27-28 percent and the inflation has only made it worse," said Bhargava. "I expect the small-car segment to further decline next year."

On the market's transition to higher priced vehicles, Bhargava said, “We will showcase such vehicles planned for launch in 2023-24 at the Auto Expo. These developments must happen as we, as a car manufacturer, must follow our customers. If the customer profiles and their needs are changing, we too must change with them,” Bhargava said.

However, he clarified that it does not mean that the company is not focusing on the segment, as over 1.1 million hathbacks are still sold in the country with 8-10 different vehicle options. Maruti Suzuki will continue to work on facelifts, minor changes and variants in the future.

The company introduced the second-generation Brezza compact SUV in June, and followed it up with its foray into the growing midsize SUV segment with the Hyundai Creta rivaling Grand Vitara in September. Maruti Suzuki has already secured over 2 lakh bookings of these SUVs. In the first six months of this financial year, Maruti Suzuki sold over 5 lakh compact cars posting a growth of 38 percent. This growth is on account of a low base and new model introduction.

The brand is expected to take the wraps off the five-door Jimny and also a new crossover based on the Baleno in January at the Auto Expo. Additionally, an all-new C-MPV based on the upcoming Toyota Innova Hycross is also being readied for a market launch sometime next year.

However, with India’s passenger vehicle market consistently achieving record sales over the last three quarters, Bhargava showed optimism in overall demand and macro-economic parameters, despite fears of growing inflation around the world.

“Fortunately, in India, the inflation is not as bad as in other parts of the world. The Indian economy is doing well and the GDP growth is better than many global economies. We have reached a stage where the Indian market will touch the previous peak of FY2018-19, and we expect the industry to grow by 8 percent this year," added Bhargava.

On its part, Maruti Suzuki has not given up on its target of achieving 2 million unit sales this year.

“We have not given up on our challenge of sales of 2 million units this year, and are operating at 90 percent capacity utilisation – the only worry being the semiconductor supplies. We will try to match the industry growth,” Bhargava said.

Maruti Suzuki is currently operating at 90 percent capacity utilisation with the new plant in Haryana expected to be commissioned by 2024. Maruti Suzuki said it is prepared to ramp up output at its existing facilities in Gurgaon and Manesar. The maker of Swift and Dzire can also access alliance partner Toyota's facility in Bidadi, on the outskirts of Bengaluru.

The Japanese auto major, which claims to have the lowest carbon emission in the industry, said it is well prepared to transition to BS VI phase II emission norms, and almost half of its portfolio has already transitioned to upcoming RDE norms, which will be implemented by April 2023.

On the entry into EV space, Bhargava said, "I don't think we started late, we are starting in a very systematic manner. We are localising much more, battery production, component production, we are keeping a watch on the infrastructure development too. We want to make sure the customer, whom we sell the car to, is looked after well and he has no issue on service."

Led by 35 percent volume growth in the July to September quarter, Maruti Suzuki posted four times growth in its net profit to Rs 2,062 crore with revenues rising by 46 percent to Rs 29,931 crore.

While it continues to ride the wave of strong demand, as is evident from the 40 percent uptick in its 1,94,000-unit sales during the Diwali period alone, the company is also facing headwinds from the slowdown in the small car segment that has impacted its market share.

India at 75: RC Bhargava on how Maruti came to be and what it is today