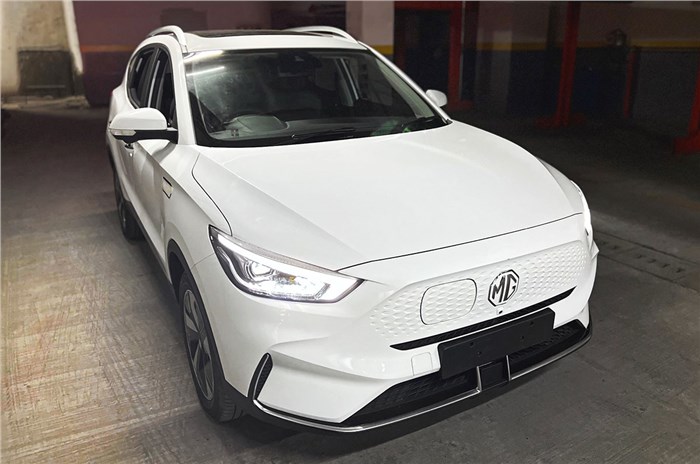 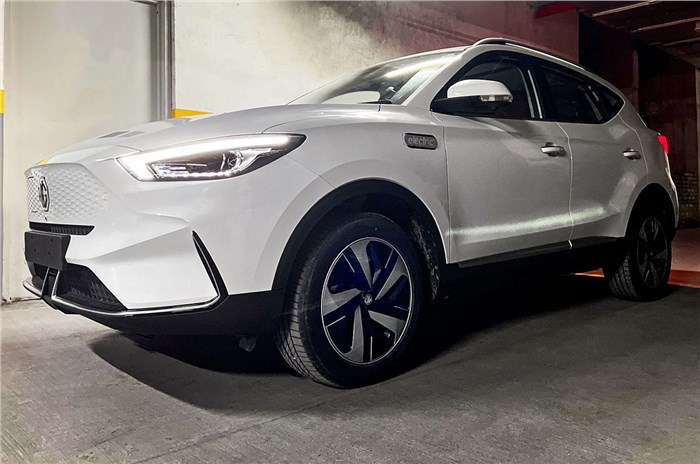 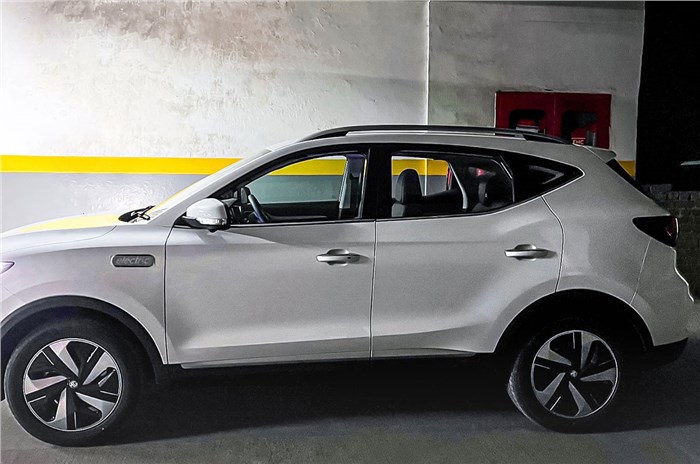 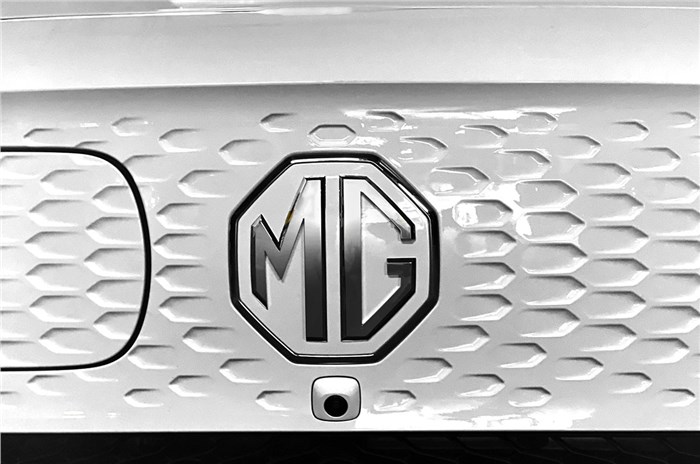 MG has revealed the ZS EV facelift for India ahead of the electric SUV’s launch. Images shared by the company reveal that the facelifted SUV for India mirrors the model already on sale in global markets with sharper looks, a new body-coloured closed-off grille and new design alloy wheels.

MG dealerships have also started accepting bookings for the new ZS EV. In fact, customers who have booked the older car will get the facelifted model, depending on availability.

The design updates on the MG ZS EV give it a fresh look along with some new, EV-specific touches. Cosmetic updates up front include sleeker LED headlamps with new LED daytime running lamps, an updated front bumper and a new body-coloured, blanked-off grille area that still houses the charging port, albeit not behind the MG logo, but neatly hidden on the side.

At the rear cosmetic updates include revised LED tail-lamps and rear bumper. There aren’t many changes in profile, although it does get a new set of 17-inch alloy wheels. In typical MG fashion, the ZS EV facelift gets ‘Electric’ badges on the front fenders.

MG has yet to officially reveal the interior of the India-spec ZS EV facelift though, as per spy shots, the overall layout of the dashboard will remain pretty much similar to the pre-facelift model, although there will be additions to the equipment list. Most of these, in fact, are borrowed from the MG Astor which also confirms that there will be a bump in quality levels, especially on the inside.

The ZS EV will come with a new 10.1-inch touchscreen infotainment system, replacing the 8.0-inch unit on the pre-facelift model. Top-spec models will also likely get a new faux carbon fibre trim around the touchscreen. The climate control buttons have also been revised, and are now similar to the Astor.

New additions to the ZS EV facelift are also expected to include the ADAS functionality and 360-degree camera – you can see the front camera below the MG logo on the nose - from the Astor. For the ADAS system, the ZS EV is likely to use a similar camera and radar set-up as the Astor. Interestingly though, MG seems to have skipped on the Astor’s dashboard-mounted robot assistant here on the ZS EV. However, it could make it to the production version when it goes on sale later this month. Lastly, there’s a new 7.0-inch digital instrument cluster, replacing the analogue dials from the pre-facelift model.

While MG has yet to share technical details for its facelifted EV, the ZS EV is also due to receive a major upgrade under the skin. It is expected to pack in a larger 51kWh battery pack, which replaces the 44.5kWh unit from the outgoing model. Currently, the ZS EV has a claimed range of 419km, and while the official range with the new battery pack is yet to be announced, one can expect a claimed range of close to 480km. The outgoing version of the ZS EV produces 143hp and 353Nm from its front-axle mounted electric motor. It remains to be seen if there are any changes on the output and performance front.

Currently, the ZS EV is priced between Rs 21.49 lakh-25.18 lakh (ex-showroom, India). Given all the new equipment and the larger battery pack, prices for the new ZS EV could increase. Upon launch, the ZS EV will not have any direct rivals, but will soon see competition from the Hyundai Kona Electric facelift that’s also due for launch later this year. The Nexon EV is also expected to get a bump in range and power, however, the ZS EV will still continue to have an upper hand.

What do you think of the heavily updated MG ZS EV? Do share your opinions in the comments section below.