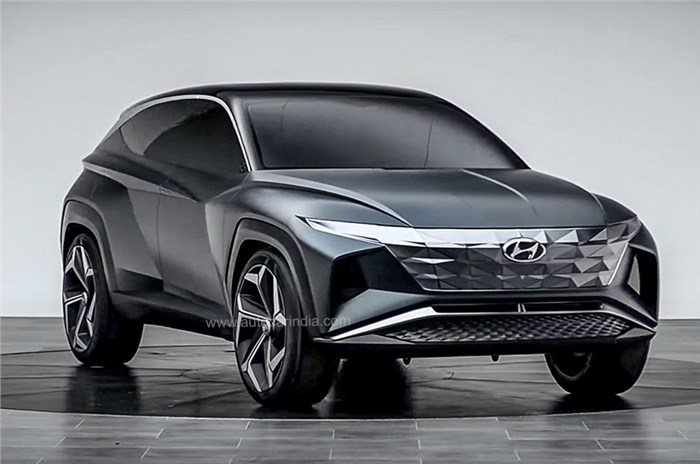 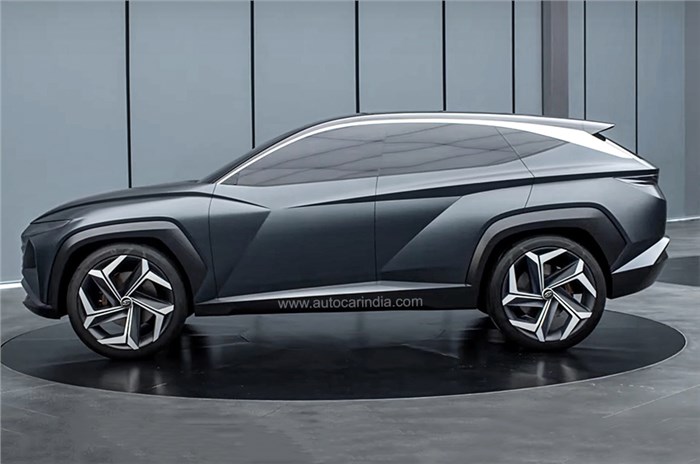 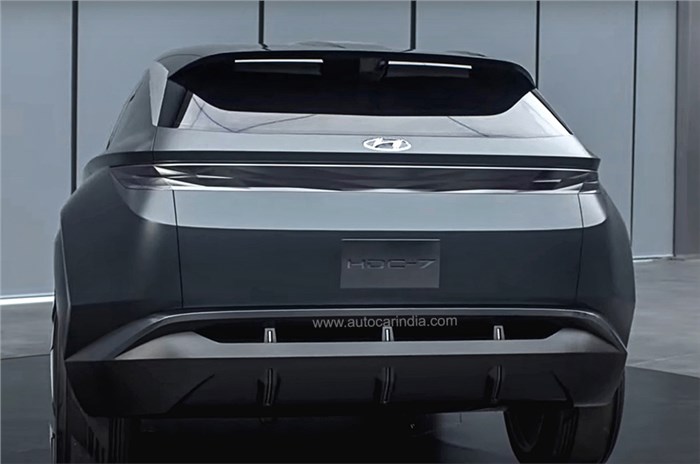 Hyundai pulled the covers of the Vision Concept T SUV at the Los Angeles Auto Show late last year. The plug-in hybrid concept previewed a new design direction from the carmaker, with a look described by the company as being called ‘Parametric Dynamics’. It’s a design language that also featured on the new Elantra for international markets.

The Vision Concept T has a SUV-coupe profile and sharp lines, with short front and rear overhangs, all of which give it a sporty look. The front features a unique headlamp and grille design, with the unique pattern hiding a functional element. The patterning carries over into the inverted L-shaped headlamps which seem to seamlessly meld into the grille with little to tell the two apart until the units are illuminated. The grille also features active elements with small flaps moving inwards to allow air into the engine bay. The front bumper carries unique light elements with the upper lip of the air-dam featuring narrow vertical lighting strips running from the centre to the edges. The headlight units light up in a sequence, with each individual unit lighting up from the down from outside-edge.

Moving to the sides, the raised bonnet rises to a prominent crease that seems to flow from the inside edge of the headlights before flowing down onto the fenders and merging on the front doors near the beltline. The beltline grows noticeably sharper from the front door onwards, creating a wedge-like protrusion that rises up towards the rear and wraps around the rear. The prominently flared, squared-off wheel arches are filled by large wheels; the low roof-line adds to the dynamic look.

The roofline round the back tapers off into an integrated spoiler element. Lower down, the prominent wedge-like crease divides the rear glass from the tailgate-spanning tail-lamps which, too, feature the unique hidden away look and angular patterning. A secondary crease lower on the tailgate adds to a layered look to the rear, with the bumper finished to look like a faux diffuser.

Hyundai has not given any details of the Vision T’s plug-in hybrid powertrain. The charging port is located on the rear quarter panel, and a blue light illuminates when it is charging. A circular light cluster shows the charge level of the vehicle.

What model will this concept lead to?

The Vision Concept T previews the next-generation of the Hyundai Tucson. It also provides clues to the design direction of other Hyundai models, like the recently revealed next-gen Elantra, the first production car to sport the ‘Parametric Dynamics' design language.

While the new Tucson is still some time away, Hyundai in India is gearing towards launching the much awaited facelift of the current-gen Tucson. The facelift was first shown in India at the Auto Expo earlier this year and is expected to be launched soon.

Hyundai Venue to get clutchless manual transmission in July 2020