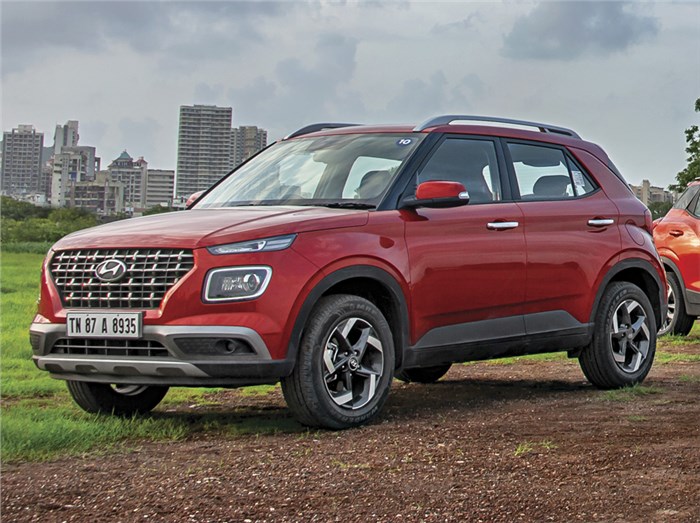 Launched on May 21 at Rs 6.5-10.84 lakh (ex-showroom, Delhi), the Venue has been topping the SUV and MPV sales charts for the past two months, which has helped Hyundai become the third largest UV maker, following Maruti Suzuki and Mahindra.

Hyundai has made the maximum market share gains of over 6 percentage points, from 13.84 percent a year ago to 20.23 percent. The Venue continues to see surging demand and till end-August had sold a total of 34,739 units. The Korean company announced recently that it had sold 42,681 units of the compact SUV in five months and has received over 75,000 bookings for it.

On July 30, Hyundai announced it crossed the 50,000-unit bookings mark for the Venue. The compact SUV drove into the top-5 bestselling UVs chart in both, May (in fourth place) and June, where it came tantalisingly close to going past the No. 1 UV – the Maruti Vitara Brezza. And in July 2019, with 9,585 units, it took the UV crown from the Maruti Vitara Brezza, the long-standing UV champion. It was the UV leader in August, too, with 9,342 units. The Korean company is set to roll out dual-tone paint options on the top-spec variants of the Venue soon, which could further boost sales.

Giving the Venue good company is the Hyundai Creta, which, between April-August, sold a total of 40,461 units; add an estimated 6,000-odd units for September and sales are not all that bad, especially considering that the newly launched Kia Seltos and MG Hector have made quite an impression in the same segment. 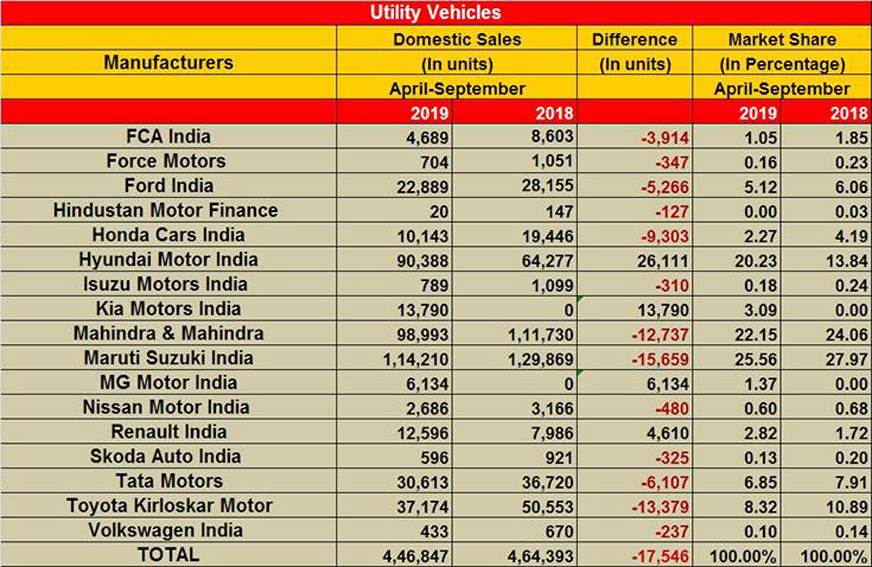