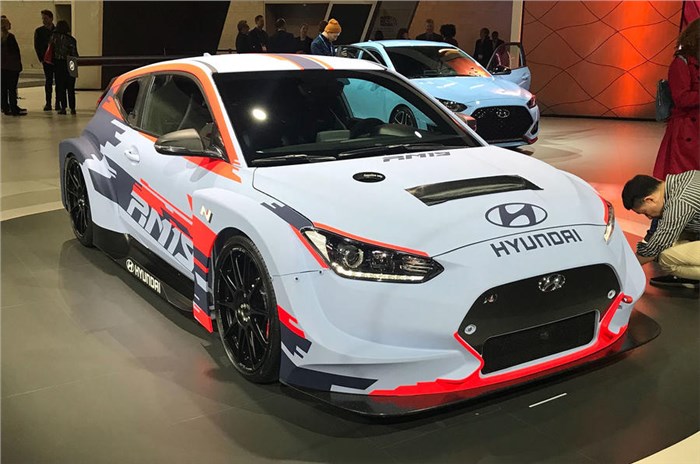 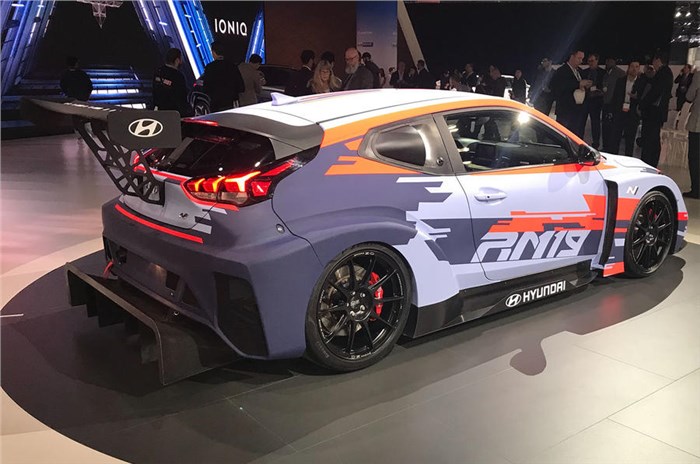 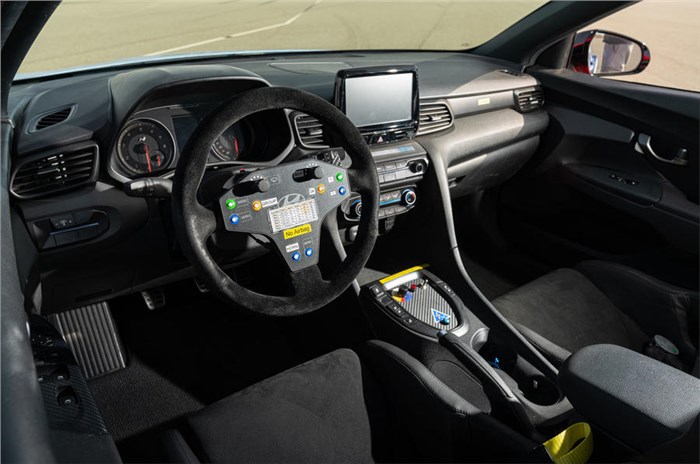 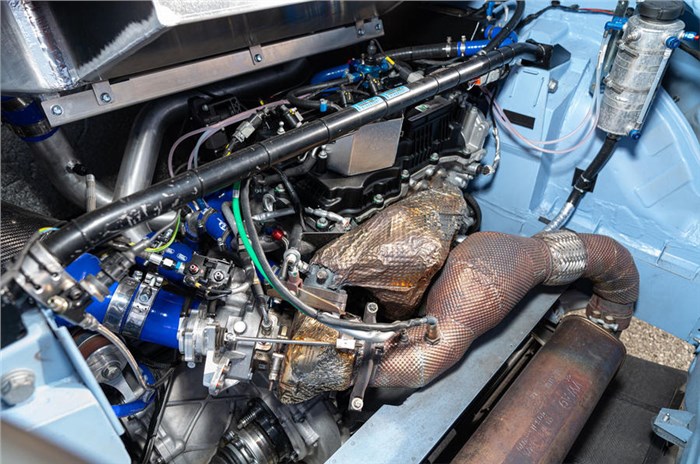 Hyundai’s N performance division has revealed a new RM19 Racing Midship Sports Car Prototype, which will be used as a development platform for the sub-brand’s planned 'halo' car.

The new machine, unveiled at the Los Angeles motor show, is effectively an extensively reworked version of the i30 and Veloster TCR touring cars, albeit with a mid-mounted engine and designed to be road-legal.

It is powered by the turbocharged 2.0-litre powerplant from those machines, upgraded to produce 390hp. Because the unit does not need to meet TCR’s performance balancing rules, Hyundai been able to give the machine extra boost.

Hyundai claims the rear-wheel-drive RM19 can achieve 0-96kph in less than four seconds, and offers “race car-like” levels of performance, balance, braking and grip while retaining daily road-going capability. It has a limited top speed of around 250kph, and uses a version of the TCR car’s 6-speed sequential gearbox that's been optimised for road use.

While the RM19 concept is powered by a racing-derived combustion engine, Hyundai says it could be fitted with electrified and full electric powertrains. Hyundai is working with Croatian firm Rimac – which it has invested in – to develop high-performance electric and fuel cell powertrains for use in future models from its N division. The planned 'halo' car is set to feature a plug-in hybrid powertrain.

Hyundai R&D boss Albert Biermann said: “The RM19 prototype is completely at home on the track, but it will also be fun just about anywhere else. This new prototype takes the pleasure of driving to the next level of excitement, moving [Hyundai] to the prestigious area of supercar performance."

He added: “We are developing high-performance electric vehicles with Rimac as part of our effort to introduce 44 eco models by 2022.”

Hyundai has produced a number of RM – which stands for Racing Midship – concepts, starting with the RM12 in 2012. Albert Biermann, Hyundai’s development chief and boss of the N division, said: “The RM platform is a versatile engineering testbed, allowing effective evaluation of various powertrains and performance levels, all on normal roads and environments.”

The RM19 concept features an aluminium and steel subframe. There is MacPherson strut front suspension and double wishbones at the rear, with gas-pressure dampers and features motorsport-derived ABS braking.

For the India, Hyundai is set to update or replace a number of its models in the coming year. The carmaker has plans to introduce the all-new i20 and next-gen Creta next year, along with launching its second-gen compact sedan, badged the Aura. Also on the cards is a sportier iteration of the new Grand i10 Nios with a 1.0-litre turbo-petrol engine under the hood.