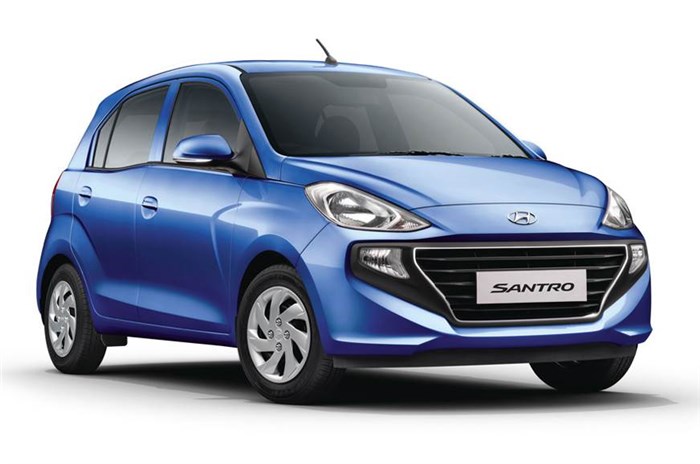 Hyundai has revised the Santro’s variant line-up. The most noticeable change is the discontinuation of the entry-level D-Lite and the Era trim, in favour of a new Era Executive variant.

Compared to the sparsely equipped D-Lite trim, the new Era Executive sees the addition of front power windows and an air-conditioning system, though rear AC vents have been given a miss (feature available on the now discontinued Era variant). On the cosmetic front, the black bumpers from the D-Lite trim make way for body coloured units that were available from the Era trim onwards.

For the Santro Magna trim, Hyundai is now offering an audio system with Bluetooth connectivity and steering mounted audio controls, on the petrol-manual and CNG models. The system was previously offered only on the Magna AMT variant.

Another trim that sees the addition of equipment is the Sportz AMT. Hyundai has added a rear view camera, a passenger airbag and front seatbelt pre-tensioners on this variant. There are no changes on the Santro Sportz MT.

Interestingly though, rear parking sensors have seemingly been given a miss on all variants, except for the top-spec Santro Asta. This though will change in the coming weeks, with rear parking sensors, seat belt reminder for the driver and co-driver, and a speed alert system set to become mandatory from July 1 onwards. The Santro currently gets a driver airbag and ABS as standard across the range.

Expect the revision in equipment levels and variants to reflect in the hatchback’s pricing when the updated car arrives at showrooms in the coming days.