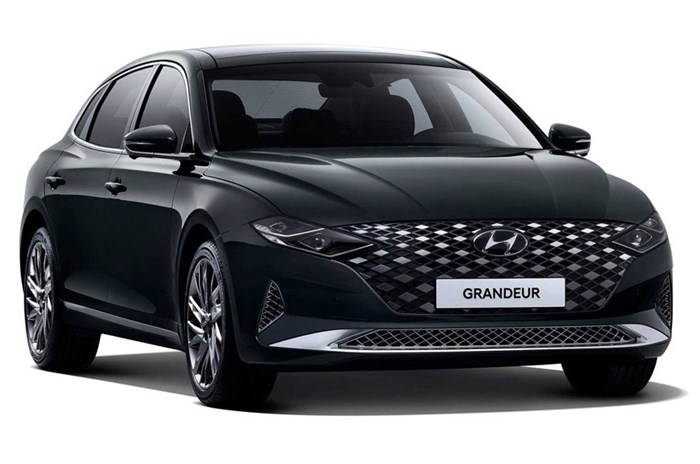 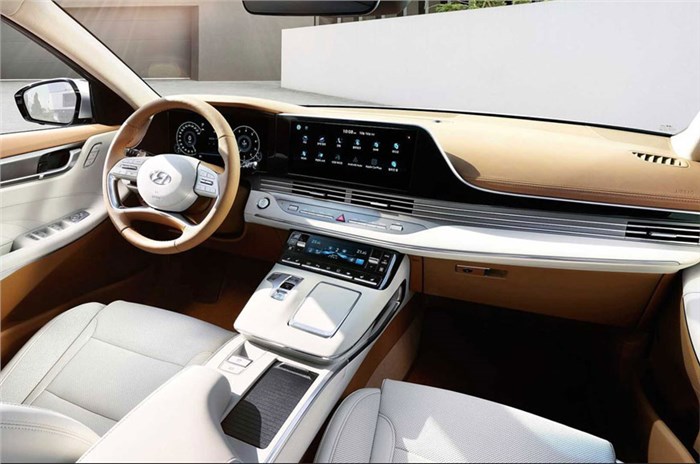 The Grandeur facelift has been unveiled for the South Korean market; sits at the top of the brand’s sedan line-up.

Hyundai has just revealed the facelift for the Grandeur premium executive sedan in the South Korean market. The model is Hyundai’s flagship sedan in South Korean and was originally introduced back in 2016. For 2020, it comes with extensively reworked interior and exterior styling, which could point towards Hyundai’s design language going forward.

The most noticeable change on the facelift is the exterior styling, as the updated model sports a completely new front end, which has a large grille with an intricate diamond pattern design, along with new headlights and a redesigned front bumper. On the side, the sedan gets a sleeker silhouette and sits on new alloy wheels. The rear features fewer design changes and sports new tail-lights connected by a light bar, along with a restyled rear bumper.

Coming to the interiors, the updated Grandeur comes with a new dashboard layout, with the digital instrument cluster and 12.3-inch infotainment screen taking centre stage. Other changes to the interior include a new centre console, repositioned AC vents, a new climate control touchscreen, a 12-speaker JBL sound system and a new steering wheel (that looks similar to the unit in the new Sonata).

On the mechanical front, Hyundai will offer the Grandeur with four powertrain options – a 2.5-litre, four-cylinder petrol, a 2.4-litre petrol-hybrid with a 38kW electric motor, a 3.0-litre LPG-powered unit and a 3.3-litre V6 petrol.

So far, Hyundai hasn’t made any statement regarding its plans to bring the updated Grandeur flagship sedan to the Indian market. However, the company has recently launched the Elantra facelift here at a starting price of Rs 15.89 lakh (ex-showroom, pan-India).