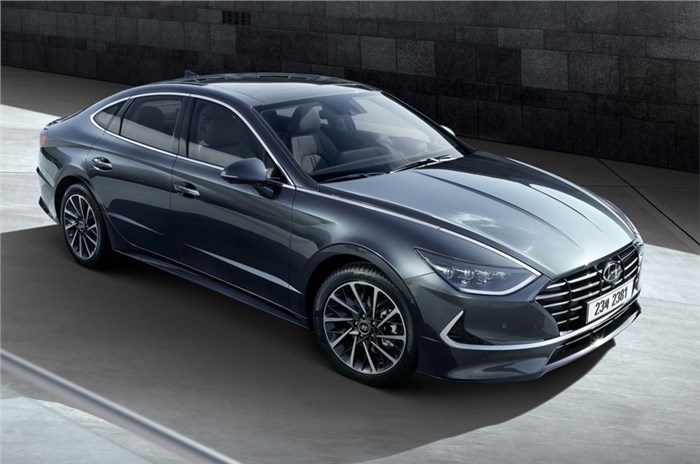 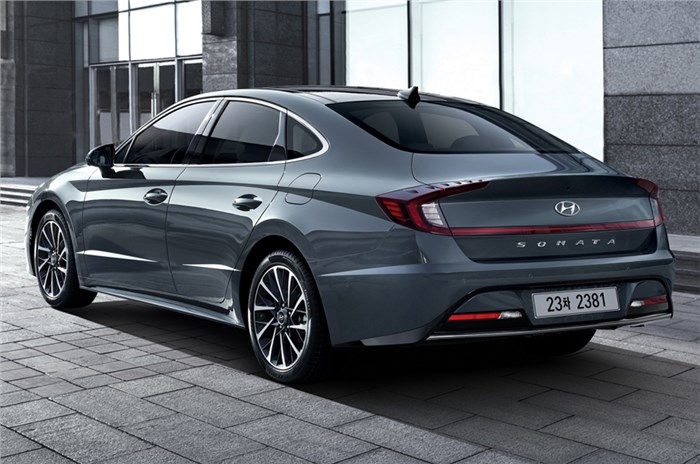 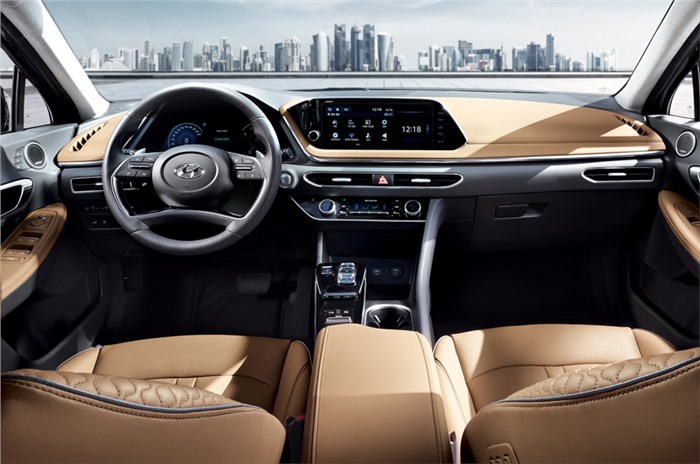 Hyundai has released the first set of photographs of the eighth-generation Sonata, prior to its global debut on April 19 at the New York auto show. The sedan features a new design and a more premium interior, in comparison to the outgoing model.

The new Hyundai Sonata is the first model to be styled using the Korean brand’s new design language –Sensuous Sportiness – which was previewed by last year’s Le Fil Rouge concept (HDC-1). This eighth-generation model adopts a sporty, four-door-coupe-like body style, which is a departure from the conventional sedan shape of its predecessor. The new Sonata has also grown in size and is 45mm longer, 25mm wider and also has a wheelbase that’s 35mm longer. However, it is now 30mm lower than the previous model.

A talking point on the new Hyundai Sonata is a feature that the carmaker has dubbed Hidden Lighting Lamps. It serves a dual purpose of being daytime running lamps (DRLs) and also a chrome strip. As Hyundai puts it, “The Hidden Lighting Lamps appear to be of a chromic material when switched off and become dramatically lit when turned on”.

On the inside, the new Sonata looks even more premium than the older model. The dashboard gets a dual-tone finish, with beige leather on top and grey plastic below. The centre is dominated by a large touchscreen infotainment screen that is mounted above the slim central air vents. There’s a new design for the steering too – a four-spoke, leather-wrapped unit with controls for the infotainment system and cruise control. The digital instrument cluster is also new.