The Santro will compete against the Kia Soul and Suzuki Jimny for the award; results to be declared at the 2019 New York International Auto Show in April. 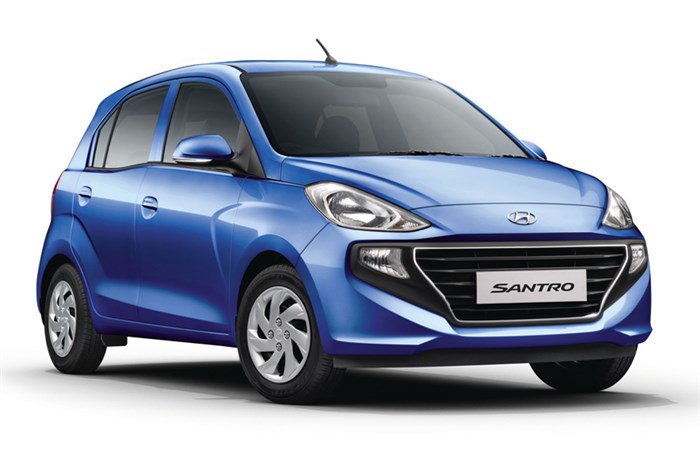 The selection for the 2019 World Car of the Year (WCOTY) awards is now in its final stage. The 2019 Geneva motor show saw the final three candidates in each individual categories being announced. Among the contenders was the Hyundai Santro, which has been shortlisted for the 2019 World Urban Car, alongside the Kia Soul and the Suzuki Jimny.

The Santro became the first made-in-India car to be nominated for the WCOTY awards when it was revealed as a competitor in the 2019 World Urban Car category earlier in the year.

Apart from being in the final three for the World Urban Car award, the Suzuki Jimny also made the cut for the 2019 World Car Design award; also contending for this award are the Jaguar I-Pace and Volvo XC40.

The Jagaur I-Pace is also in the running for the 2019 World Green Car award with the Hyundai Nexo and Audi E-tron also under consideration. In the World Performance Car category, the Aston Martin Vantage, Mercedes-AMG GT 4-door Coupe and McLaren 720S made it to the final three, while the Luxury Car category is now down to just the Audi A7, Audi Q8 and the BMW 8 Series.

In the World Car of the Year category, the Audi E-tron, Jaguar I-Pace and the Volvo S60/V60 edged out the competition to make it to the final three.

The final winners of the awards will be announced in April at the 2019 New York International Auto Show.

Apart from revealing the final nominations in each category, the World Car Awards jury also presented an award in Geneva. The jury voted the late Sergio Marchionne as the 2019 World Car Person of the Year.