Hyundai Grand i10 Magna gets touchscreen system, Xcent gets wireless charging and more. 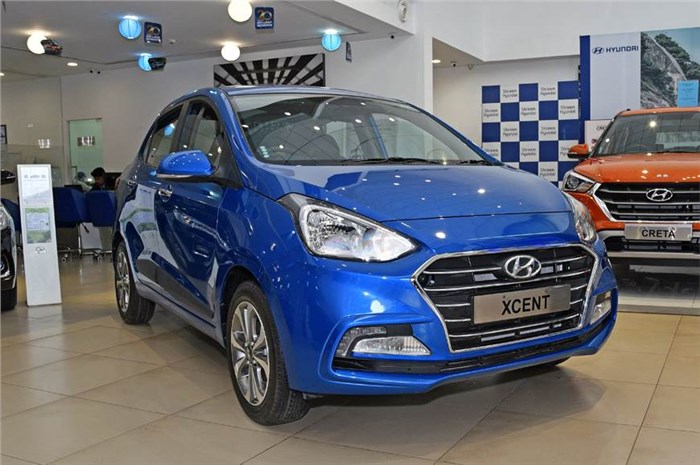 Hyundai has added more equipment to its Grand i10 and Xcent models in order to make them more competitive against rising newer competition. The mid-spec variants of the Grand i10 and the higher-spec trims of the Xcent are better equipped inside and out.

On the Grand i10 Magna, Hyundai has added roof rails and moulding on the side on the outside, while the cabin now features the 7.0-inch touchscreen infotainment system and Hyundai’s iBlue app. The higher-spec Sportz’s exteriors now get LED daytime running lights (DRLs) and a rear spoiler, while the interiors have been updated with rear AC vents and the touchscreen infotainment system has been upgraded with the iBlue app.

Meanwhile, top-spec trims of the Xcent, the SX and SX (O) now feature a boot mounted spoiler, the Hyundai iBlue app for the 7.0-inch touchscreen infotainment system and wireless charging.

The Korean brand is also offering benefits of up to Rs 65,000 on the 83hp, 1.2-litre petrol Grand i10 and special offers on the 75hp, 1.2-litre diesel hatchback. Benefits worth Rs 90,000 can also be availed on petrol and diesel versions of the Xcent. Estimated revised prices are as follows:

Hyundai has also recently launched new variants of its midsize sedan, the Verna. Besides introducing a 90hp, 1.4-litre diesel engine in two trims, it also brought out SX+ and SX (O) variants on the petrol and diesel 1.6-litre automatic models.