The Alcazar will be Hyundai's first three-row SUV after a while; price announcement to take place in the coming months. 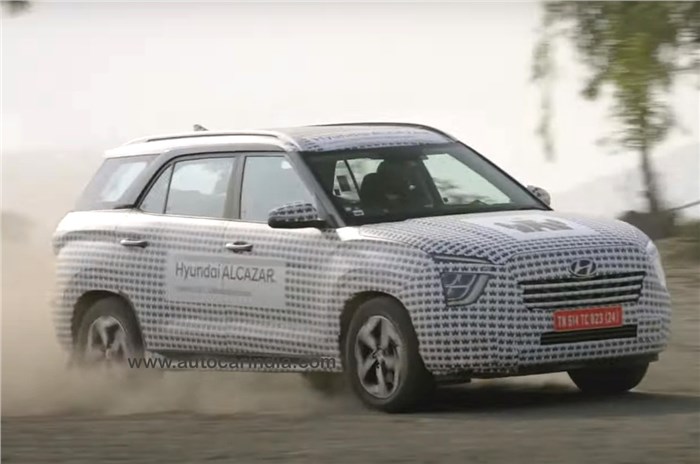 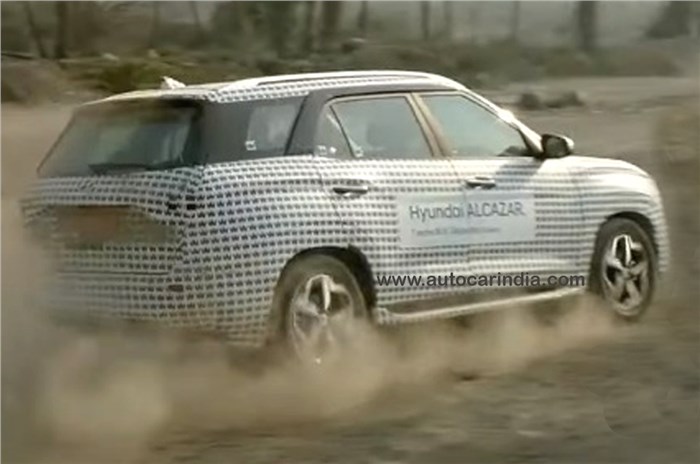 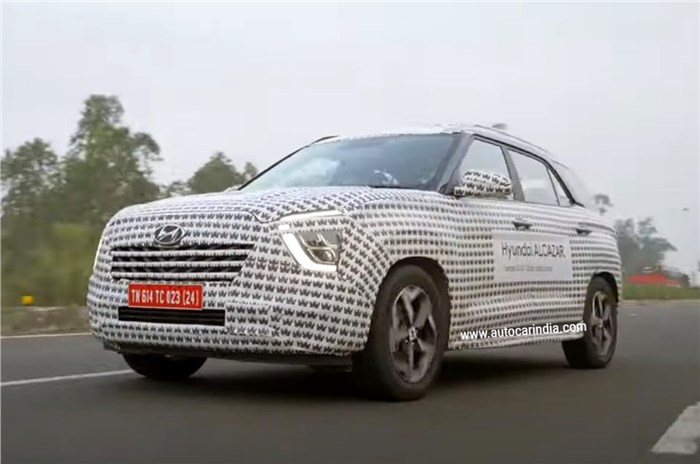 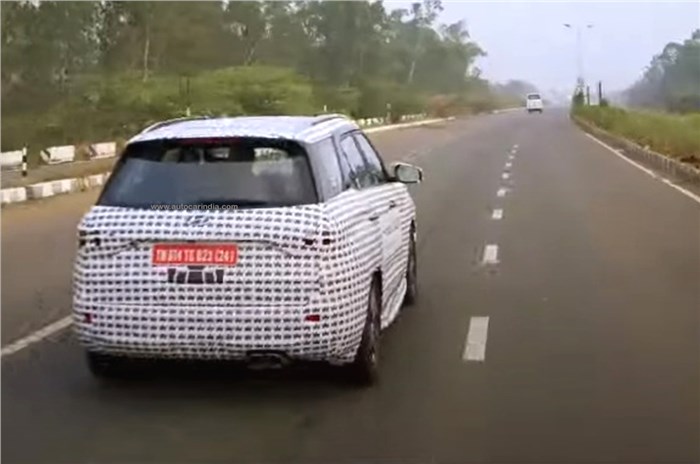 The Hyundai Alcazar SUV has been partially revealed in a new set of images that show the upcoming three-row SUV from Hyundai in light camouflage. The company has announced the culmination of durability tests being conducted on its upcoming 7-seat premium SUV.

The Hyundai Alcazar will be unveiled in India later this week.

Hyundai Alcazar: what do the new teasers reveal?

Almost everything about the upcoming SUV's exterior looks. These pictures show the Alcazar SUV in light camouflage that according to Hyundai has a "Castle theme" printed on it. For starters, the new Hyundai Alcazar SUV looks unmistakably like a Creta on which it is based. It shares a lot of its key design elements with the popular Hyundai SUV. 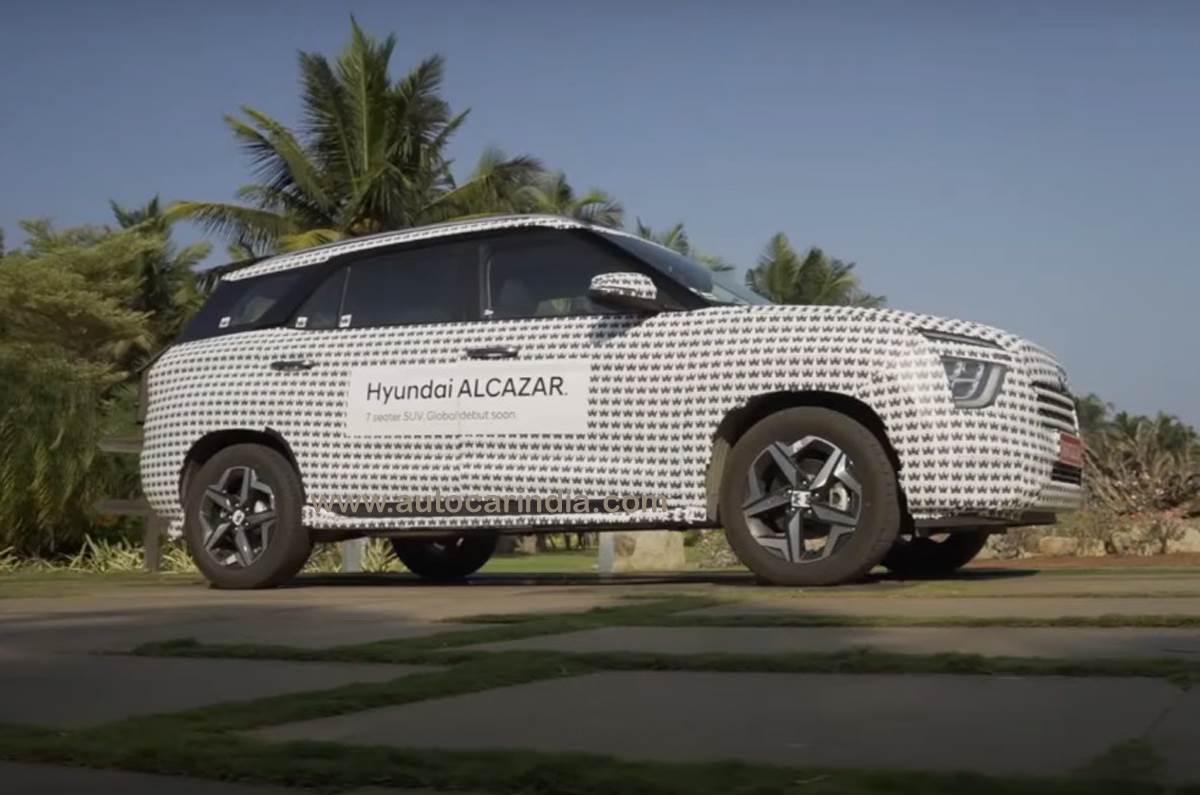 Apart from design elements, the Alcazar also shares quite a few of its body panels with the Creta, like the front fenders, bonnet and even all four doors. The model will get unique styling bits like a different-looking grille with diamond-studded pattern, slightly altered front bumper design, and different alloy wheels that are actually similar to the ones on the Creta sold overseas. However, the three-row SUV from Hyundai gets a longer rear overhang, a prominent quarter glass aft of the rear door and a new-look D-pillar with a slightly upright rear. At the back, the styling is completely new and the Alcazar gets horizontally positioned, wraparound tail-lamps that extend on the tailgate, unlike the ones on the Creta. The rear bumper will also have provisions for dual, faux exhaust tips and a faux brushed aluminium skid plate.

Hyundai Alcazar: what do we know about the interior?

Apart from styling tweaks on the exterior, it's the interior that will be the key talking point of the new SUV. The Alcazar will be offered with both 6- and 7-seat configurations. We recently brought you the first and only spy shots of the SUV's interior, which features dual-tone captain's seats, a rather unique floor-mounted central armrest with cupholders and what seems to be a storage console below. Hyundai will also provide a wireless charging pad for the second row, along with ISOFIX mounts.

Hyundai will most likely offer a wide range of engine and gearbox options on the Alcazar – mostly shared with the Creta – which will give customers more choice than its direct rivals, like the MG Hector Plus and the Tata Safari.

The Hyundai Alcazar will take on the likes of the recently updated MG Hector Plus and the newly launched Tata Safari. Additionally, it will also see competition from the likes of the outgoing Mahindra XUV500 and its upcoming next-gen XUV that will hit the showrooms later this year.