The Japanese carmaker revealed that it will introduce a line-up of EVs – from commercial use mini-EVs to flagship models. 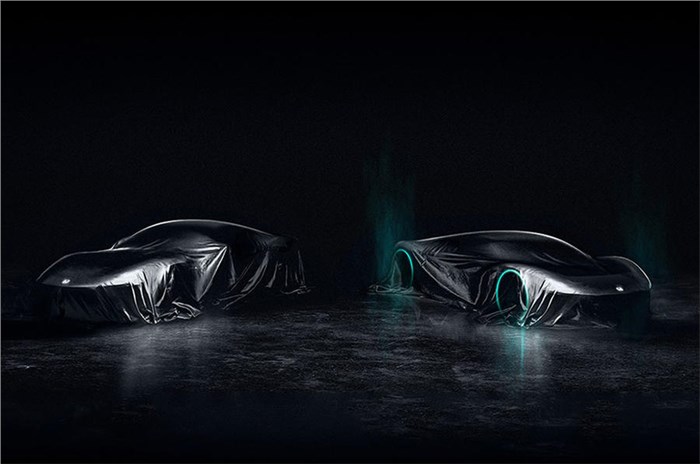 Honda has released a teaser image of two electric sports cars that are set to join its future line-up. The cars, however, are under wraps, and one of those cars could be the successor to the Honda NSX sports car.

The NSX, which is a mid-engined hybrid coupe, currently in its second generation, is at the end of its life cycle, although there have been rumours that it will return as an all-electric offering. The other sports car, however, appears to be a grand tourer. Honda states that the two EVs will be different – a speciality model and a flagship – and will be introduced globally.

Apart from the two EV sports cars, Honda will also introduce an entire line-up of EVs, which range from commercial use mini-EVs to flagship models.

The Japanese carmaker announced its plans to introduce EVs for three major markets: North America, China and Japan, right on the heels of the HR-V’s unveiling for the American market. It plans to launch 10 new EVs in China by 2027 and a commercial mini-EV model by early 2024 for Japan. Overall, Honda plans to have a portfolio of 30 EVs by 2030, and is targeting a production volume of 2 million annual sales.

Honda recently partnered with General Motors and announced that it will unveil a range of affordable EVs by the end of this decade. It has also teamed up with Sony to build electric cars which focus on providing mobility services. Their first car will be revealed in 2025.

Honda aims to achieve net carbon neutrality by 2050, but says “a multi-faceted and multi-dimensional approach” to electrification is needed, “not a mere replacing of engines with batteries”. To this end, it will allocate a portion of a committed eight trillion yen (around Rs 4,800 crore) R&D budget to developing hydrogen powertrains and battery-swapping hardware to phase out combustion powertrains. Honda is also mulling to have EVs powered by solid-state batteries on sale in the second half of this decade.

For India, Honda will finally introduce the City hybrid later this month. The car is expected to be the most fuel efficient contender in its segment and will rival the Skoda Slavia, Volkswagen Virtus, Hyundai Verna and the Maruti Suzuki Ciaz. Additionally, Honda is also readying an all-new SUV for India which could launch next year.