The M4 CSL is the most powerful M4 till date and is said to be the fastest BMW road car to lap the Nürburgring circuit. 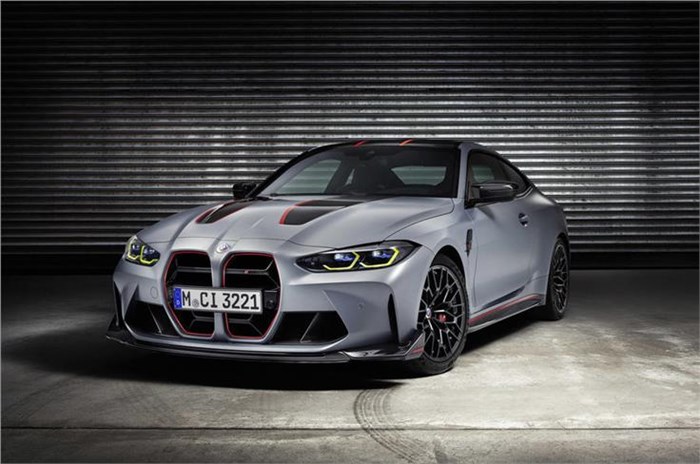 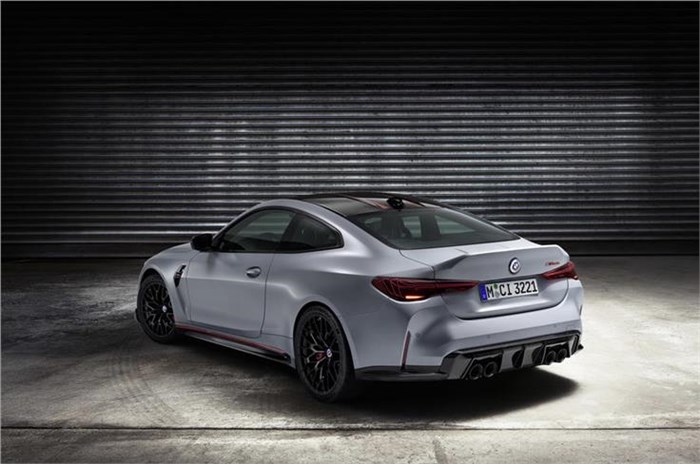 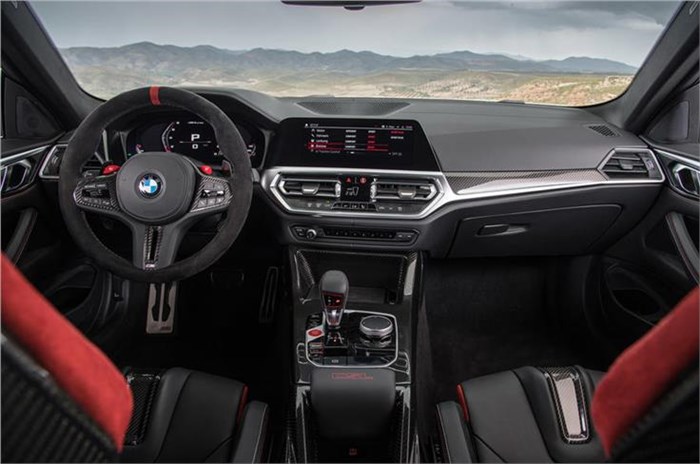 BMW has brought back the famous CSL name for the first time in nearly 20 years with the M4 CSL – a hardcore new variant of the M4 coupé that arrives exactly 50 years after the legendary 3.0 CSL was launched. Limited to only a 1,000 units, it is the most powerful M4 made till date.

The M4 CSL is powered by a 549hp, 3.0-litre twin-turbocharged six-cylinder engine, which makes it 40hp more powerful than the current range-topping BMW M4 Competition. It makes 649Nm of torque at 2,750rpm, and BMW claims a 0-100 sprint of 3.7 seconds. As with the standard M4, the engine is mated to an 8-speed M Steptronic gearbox that sends power to rear wheels only.

In addition to more power, the BMW M4 CSL has also shed weight. The coupe is around 100kg lighter than the standard M4, tipping the scales at 1,625kg. Out of those 100kg, 21kg have been saved with modifications to the chassis, including the addition of lightweight ceramic brakes and bespoke lightweight alloy wheels, springs and struts. The boot lid is now made of carbon-fibre reinforced plastic. On the inside, the M carbon-fibre bucket seats reduce the overall weight by 24kg, while the removal of rear seat belts and seats save an additional 21kg.

These modifications make the M4 CSL achieve a power-to-weight ratio of 338hp per tonne – only slightly lower than the Porsche 911 GT3. The M4 CSL is said to be the fastest BMW road car to lap the famed Nürburgring race circuit, with a time of 7min 15.677sec.

The car features adaptive suspension as standard, while the ride height has now been lowered by 8mm for enhanced aerodynamics. The M4 CSL features a pair of 19-inch wheels in the front and 20-inch wheels at the rear.

The most noticeable design changes are at the front of the car, with a bespoke version of the M4’s kidney grille, along with more aggressive air curtains and front splitter. There is also a tailor-made rear wing boosting downforce.

BMW M’s racing pedigree is also visible on the inside. The bucket seats can be adjusted only in a workshop, while the backrest angle is fixed. A six-point harness can also be fitted to each seat and there’s a special cubby for two racing helmets in the back.

Despite being a hardcore version, the M4 CSL is largely similar to the standard M4, in terms of in-car technology. It gets satnav, BMW’s intelligent personal assistant, smartphone connectivity, wireless phone charging and a head-up display with M-specific options as standard. Also available are a raft of advanced safety aids.

The CSL moniker has appeared on several BMW cars in the past few years, but the last model to gain a standalone CSL variant was the E46-generation M3 in 2003. Also powered by a straight-six, the M3 CSL made 359hp and 368Nm of torque at 4,900rpm, and was paired to a robotised manual gearbox.

The CSL badge stands for Coupé Sport Leichtbau (Coupé Sport Lightweight) and was first worn by the E9-generation 3.0 CSL 50 years ago, which was built as a homologation special to allow BMW to enter the European Touring Car Championship.

The formula hasn’t changed much, though. The 1972 car received a host of lightweight changes, such as a slimmed-down steel body and aluminium alloy doors, boot lid and bonnet. European examples also featured Perspex side windows.

It is unlikely that the M4 CSL will make it to our shores but the carmaker sells the M4 Competition in the Indian market at a starting price of Rs 1.49 crore (ex-showroom, India). In addition to that, the M5 Competition, M8 Coupe, and the X5M Competition are a part of BMW’s core M portfolio in India.  Additionally, the carmaker also sells the Z4 M40i, X7 M50d, and M340i as the ‘softer’ M models.

Do you think the M4 CSL should come to India? Let us know in the comments below.