The first-ever estate version of the BMW M3 is slated to launch in international markets later this year. 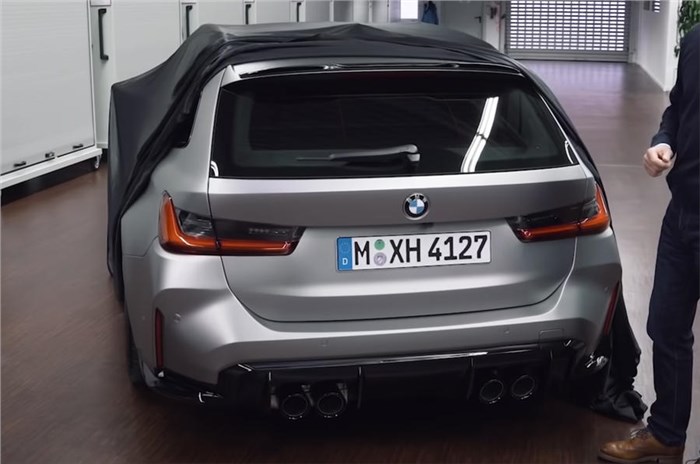 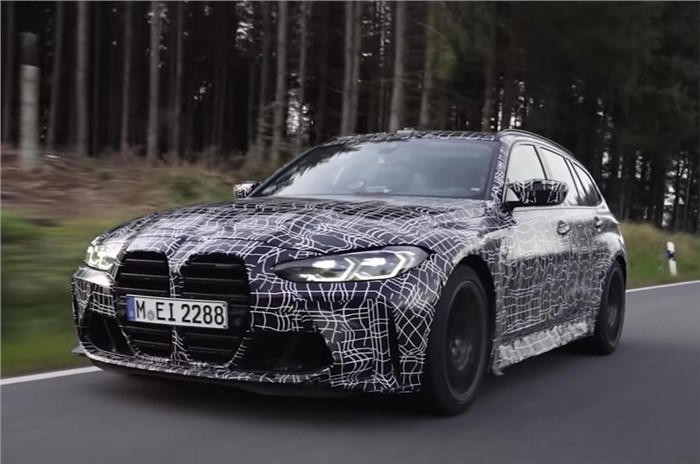 BMW has previewed the highly anticipated M3 Touring, which is due to arrive later this year as the first estate body style in the performance car's history. In a video uploaded on YouTube detailing the history of BMW fast estates, the rear of the upcoming car is shown undisguised for the first time.

The BMW M3 Touring shares many styling features with the M3 sedan, but the 3 Series Touring-style body is a notable difference. The sharp rear bumper is carried over from the M3 sedan, along with the four exhaust pipes that bookend a large diffuser. A 3D-printed lip spoiler can be seen above the rear windscreen, with roof rails extending towards the front.

The front of the car can also be seen in the video, albeit in camouflaged form. Like the rear, the bumpers are carried over from the regular M3, featuring a double kidney grille, bonnet bulges and large intakes towards the edges.

The M3 Touring bears a strong resemblance to the 3 Series Touring, although it can be differentiated by flared arches, large air intakes and a sports exhaust system. It will give BMW a direct rival to the long-established Audi RS4 Avant for the first time.

A release date for the M3 Touring has yet to be confirmed, but the car seems likely to be launched later this year. The car is one of a number of imminent M models in the works, as the performance sub-brand celebrates its 50th anniversary, with a new M2 Competition coupé, a lightweight M4 CSL coupé and the 750hp XM SUV also on the way.

BMW has yet to reveal technical details of the M3 estate, but has confirmed it will use a turbocharged six-cylinder petrol M engine. The M3 Touring is expected to share its mechanicals and powertrain with the M3 sedan and M4 coupe, in which the S58 twin-turbocharged 3.0-litre in-line engine delivers 480hp and 550Nm in standard form. A Competition version is also likely for the new M3 Touring, which ups the output to 510hp and 650Nm.

It remains to be seen whether BMW India decides to bring the new M3 Touring here or not. However, the brand recently did launch the M4 coupe, in Competition guise only, priced from Rs 1.44 crore (ex-showroom, India).

Should BMW bring the M3 Touring to India? Let us know in the comments section.