The Ranger Raptor Special Edition is the extreme version of the Ford pickup truck, which now gets visual upgrades. 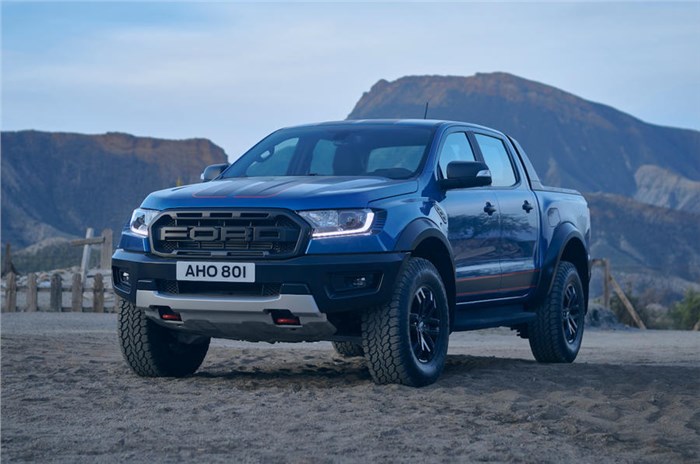 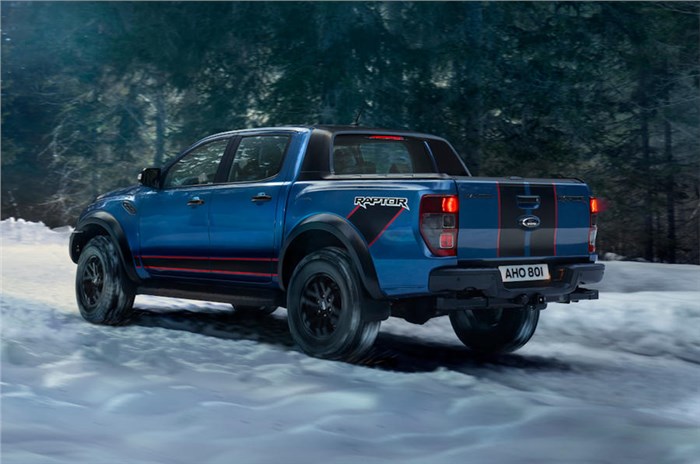 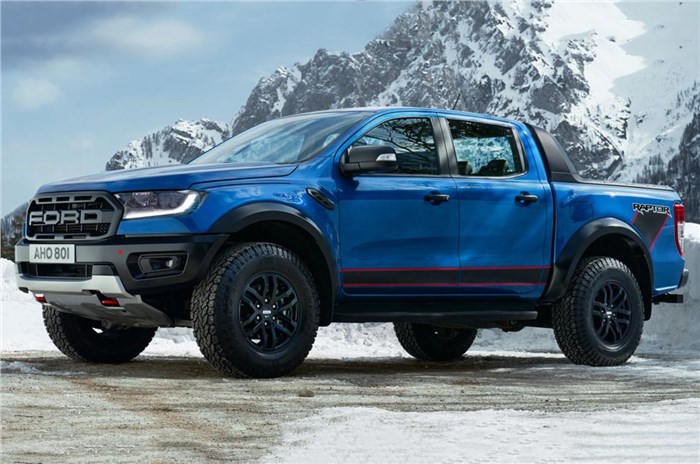 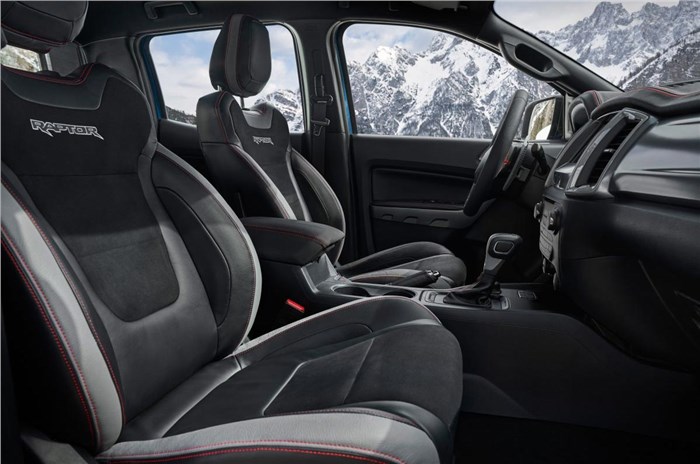 The hardcore FordRanger Raptor pickup truck – which shares a lot of its running gear with the Ford Endeavour–has gained a new limited-run trim with exterior styling differences.

Leather seats are standard, and red stitching has been added to the steering wheel, the door cards and the bespoke Raceway Grey instrument panel.

Racing stripes extend from the hood to the roof, along the lower body sides and across the rear wings and tailgate, while the front towhooks are coloured red. The wheel arches, door handles, rear bumpers and front grille are finished in matt black.

As we have previously reported, Ford is set to bring the outgoing Ranger Raptor to India as a CBU. The performance-oriented pickup truck has already been spotted undergoing tests in India.

Besides this, Ford is also working on a new C-SUV that is expected to be based on its Territory SUV, instead of the Mahindra XUV700 as originally planned, as the joint venture with Mahindra has been called off completely.

Made-in-India Ford EcoSport to be sold in Argentina