Made-in-India Ford EcoSport to be sold in Argentina

The Ford EcoSport SUV exported from India is likely to be sold in more South American markets in the future. 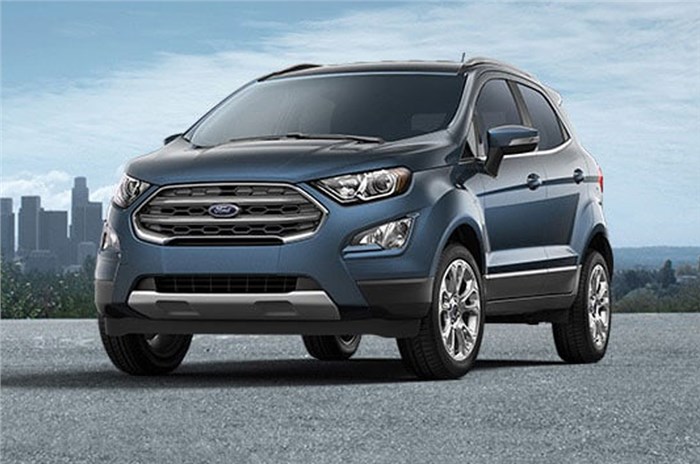 Ford will soon start exporting the made-in-India EcoSport SUV to the Argentinean market in South America. The EcoSport built at Ford's Chennai plant is sold in multiple right- and left-hand-drive markets globally, like United States of America and Mexico, to name a few.

Ford's Chennai plant has been a major manufacturing hub for the brand, not just for India but also for international markets that sell made-in-India Ford products. The made-in-India EcoSport is being exported globally since almost a decade now, and as mentioned here, it will also be sold in Argentina soon. Ford's EcoSport has been a popular product in the South American market. The company recently announced a major restructuring plan that included stopping the production of EcoSport and a few other models at its plants in Brazil, which also supplied cars to multiple South American markets, including Argentina.

Gauging the continuing demand, Ford has now decided to continue selling the EcoSport in Argentina and will replace the now-discontinued made-in-Brazil version with the one supplied by Ford India. Ford will import the 1.5-litre petrol EcoSport from India for the Argentinean market in left-hand-drive layout.

Sources tell us that the EcoSport exported from India could be sold in more South American markets in the future. As reported by us earlier, closure of Ford's Brazilian manufacturing operations (part of major restructuring that also included cancelling the JV with Mahindra in India) for the EcoSport and the Figo, among other models, will gradually help its India operations, as it will export to these markets (like Argentina) that still see demand. Ford currently builds the EcoSport in Thailand and Romania, along with India.

The EcoSport has been Ford's most popular product since quite a long time, and a replacement is long due. While there is no news on a full model change for the EcoSport anytime soon, a heavily updated model is on the cards  and could launch sometime this year. Ford recently introduced the EcoSport SE in India, which features a clean tailgate design, similar to the one sold in the United States.