All-electric pick-up develops up to 563hp and 1,051Nm from pair of electric motors; has a range of up to 483km on a full charge. 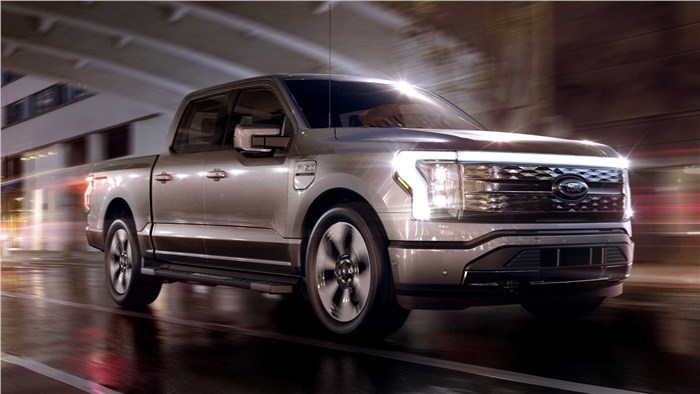 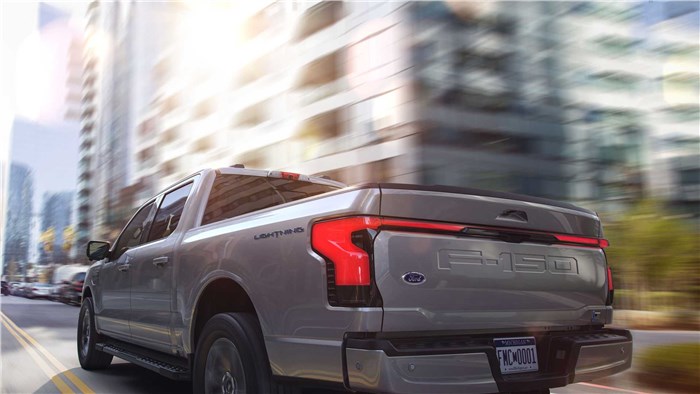 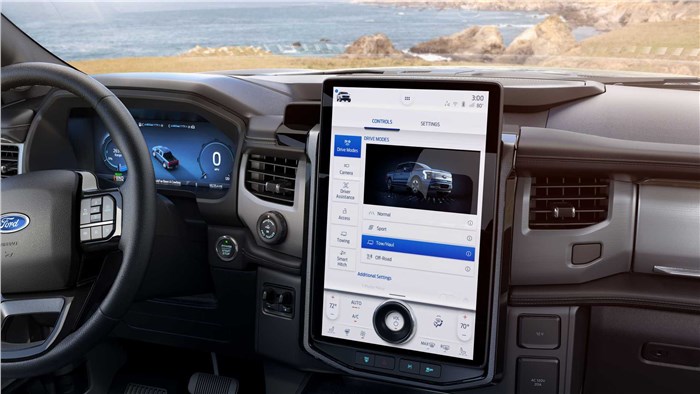 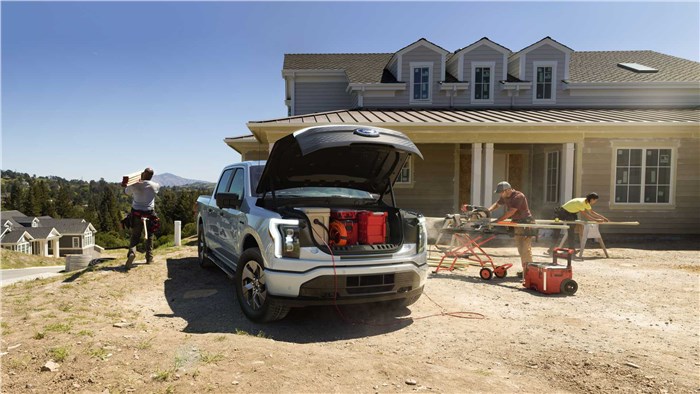 Ford has taken the wraps off the electric version of the world's most popular pickup truck, the F-150. Known as the F-150 Lightning, the new electric truck will go on sale in the North American market initially.

Starting with the design differences that are subtle yet make the F-150 lightning stand out from rest of the range. The electric version gets LED light bars on the front and the back that span across the width of the truck. The nose gets a slightly different look with an altered grille and bumper design, similarly the running boards and rear bumpers have been tweaked a bit. Also, the F-150 Lightning offers the biggest Frunk (Front loading area) in its class with over 400 litres of dry storage space.

The F-150 Lightning comes with two lithium-ion battery pack options, with the entry-level unit targeting 370km of driving range and the extended range battery being EPA-estimated at 483km. While Ford has not revealed the battery unit’s exact capacity, the company says this is the biggest battery pack that they have offered in a production electric vehicle.

Two types of on-board AC chargers will be available depending on the variant selected. Variants with the standard range battery will get an 11.3 kW single charger, while the ones with the extended range battery will get a dual charger with up to 19.2 kW. The F-150 Lightning with the standard range battery pack will be offered with an optional 48A house charger, which will charge the battery from 15 to 100 percent in around 10 hours. The bigger extended range battery pack-equipped models will come with the dual charger that can plug into an 80A house charger and go from 15 to 100 percent in around 8 hours. The F-150 Lightning will take 41 minutes to charge from 15 to 80 percent via a 150kW DC public fast charger. An intelligent range software on the F-150 Lightning helps deliver optimum range that is calculated via sensors that help the system estimate how much the truck is hauling and adjust its distance to empty prediction accordingly.

Ford has also worked on the Intelligent Range software that displays the remaining driving range taking into account things like payload and towing for a more accurate prediction. Using the truck’s sensors, the system can estimate how much the F-150 Lightning is hauling and adjust its prediction accordingly. Additionally, the F-150 Lightning also comes with a backup power system that can use the energy stored in its battery for powering home during an outage.

Ford F-150 Lightning: will it come to India?

Ford could introduce the Mustang Mach-E in India however there is no fresh update on this front as of now. The company is currently working on a new C-SUV below the Endeavour that will rival the Creta and Seltos in our market. As far as the F-150 Lightning goes, the model will first see a market introduction in North America. There is no news of it making to our shores anytime soon.