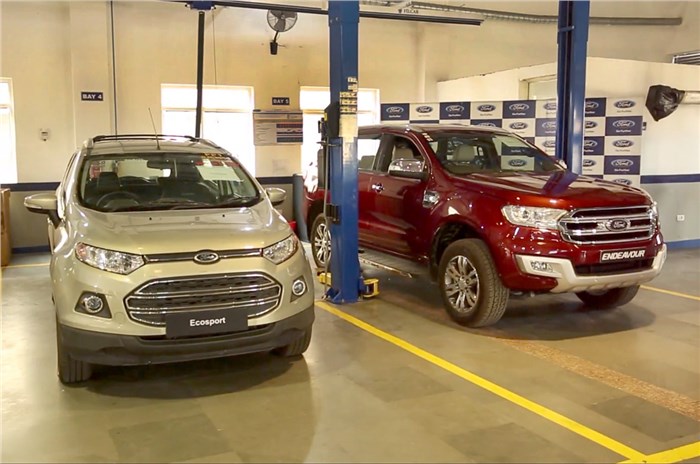 Ford India has just expanded the scope of its Ford Protect Extended Warranty service, it now provides coverage of up 1,50,000km or 6 years.

The extended warranty covers all mechanical and electrical failures as well as labour for their repairs. What it doesn’t cover is the periodic maintenance services, wear and tear of parts and accident repairs.

Customers can purchase a combined extended warranty (EW) and road-side assistance (RSA) for the fourth, fifth and sixth years all of which allow for 1.5 lakh kilometres of usage.

The costs for purchasing the extension depend on the engine and how long after the original purchase of the car, the extended warranty is being purchased. The main time frames are within 90 days, between 91 – 365 days and lastly between 1 to 3 years.

We have put together the new extended warranty packages Ford offers along with its pricing below.

The Aspire compact sedan in its BS6 guise is available with both a 96hp, 1.2-litre petrol engine and a 100hp, 1.5-litre diesel engine. Both engines come equipped with a 5-speed manual gearbox as standard. Ford no longer provides an automatic gearbox option with the Aspire.

The prices in the table below reflect the range of costs between the above-mentioned timeframes.

The BS6-compliant Ford EcoSport was launched in India earlier this year with a 122hp, 1.5-litre petrol engine and a 100hp, 1.5-litre diesel. Ford dropped the 1.0-litre turbo-petrol from the model’s line-up.

The Ford Endeavour also received an update  this year that brought with it a new BS6-compliant, 2.0-litre EcoBlue turbo-diesel engine, which produces 170hp and 420Nm of torque. It also got a new 10-speed torque converter automatic gearbox.

Besides these mechanical changes though, not much else changed in terms of design or feature list, with the exception of the mildly redesigned headlights and Ford’s SYNC 3 infotainment system.

More recently, a new blacked-out version of the SUV has been launched and dubbed the Endeavour Sport.

Ford’s budget hatchback, the Figo was also updated, earlier this year with a BS6-compliant 96hp, 1.2-litre petrol engine and a 100hp, 1.5-litre diesel engine. Both engines are currently only available with a 5-speed manual gearbox. The carmaker also shuffled the equipment list and trim-levels on the new Figo with the last update.

Similar to the Figo, the Ford Freestyle also received an update in early 2020,­ which brought with it re-shuffled variants as well as BS6 compliant engines. The engines are the same as in the Figo’s, meaning it gets a 96hp, 1.2-litre petrol engine and a 100hp, 1.5-litre diesel engine.The only gearbox option is a 5-speed manual.