The new Mustang Mach-E GT is going to be one of the fastest electric SUVs in the segment. 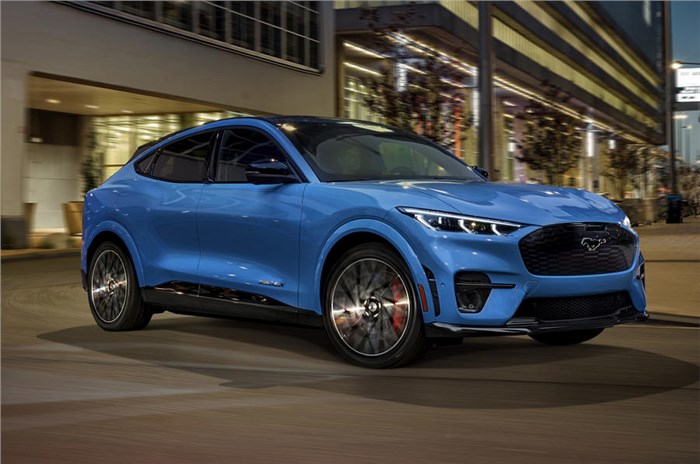 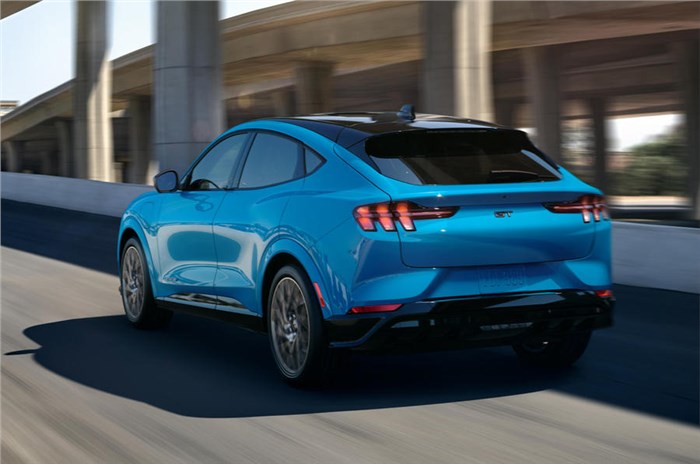 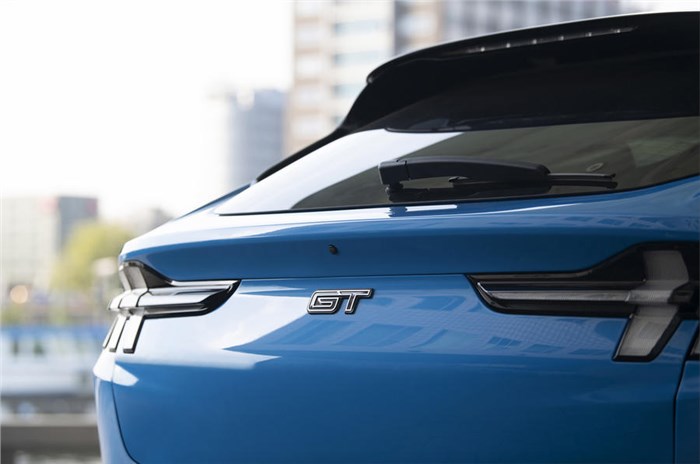 The range-topping Ford Mach-E GT has just been revealed and it will be one of the fastest accelerating electric SUVs, out there. The new EV SUV is expected to arrive in international markets towards the end of 2021.

Ford’s Mustang Mach-E GT made its public debut in Rotterdam, the Netherlands, and was shown alongside the seven-motor Mustang Mach-E 1400, which serves as a 1418hp showcase of what Ford’s Performance division can achieve with an electric powertrain.

The hot Mach-E GT, is claimed to hit 100kph from rest in 3.7 seconds, eclipsing the sprint times of the Jaguar I-Pace and Polestar 2 by more than 0.5sec.

Early data suggests, the Performance version of the Tesla Model Y electric crossover will complete the same sprint in 3.5sec.

The GT’s considerable performance advantage over the previously revealed Ford Mustang Mach-E variants comes courtesy of its uprated powertrain. This comprises an electric motor on each axle, producing a combined 465hp and 830Nm, and powered by an 88kWh battery with a targeted range of 499km.

The GT is marked out from other Mach-E models by its new 20-inch alloy wheels, red brake callipers and the availability of Cyber Orange and Grabber Blue paint options, while the topping MagneRide adaptive suspension system is equipped as standard.

As things stand, Ford has not confirmed whether it will bring the Mach-E GT to our market. Though, as we had previously reported, the standard Ford Mustang Mach-E will be launched in India by 2021.

Once launched, it would compete with the other premium electric SUVs like the Audi e-tron and the Jaguar I-Pace, both of which are also slated to launch in India.