Electric SUV to develop up to 337hp and have a range of up to 595km; more powerful 465hp GT version to debut at a later date. 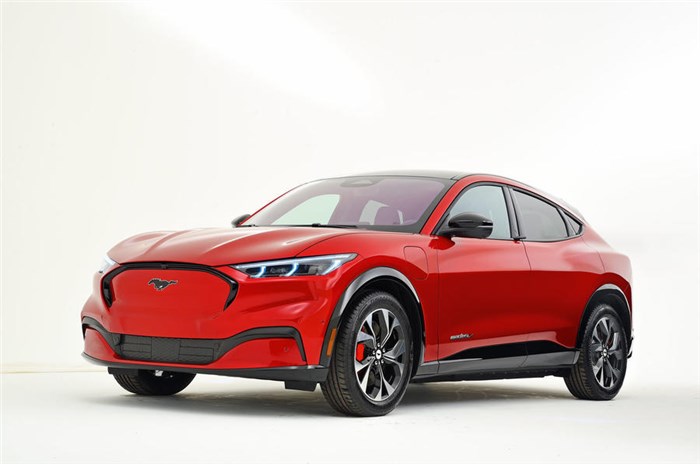 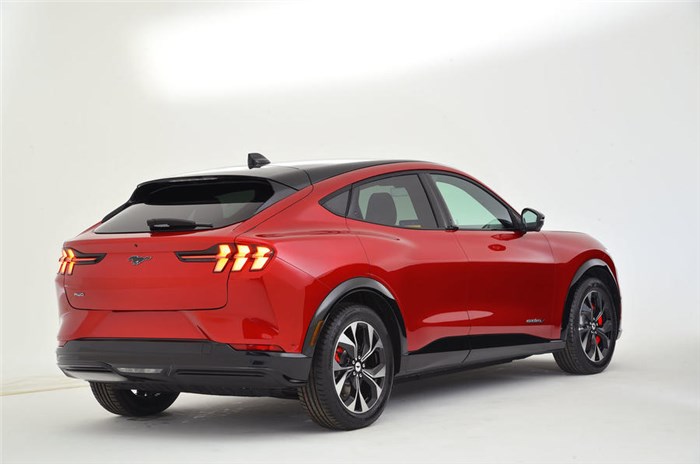 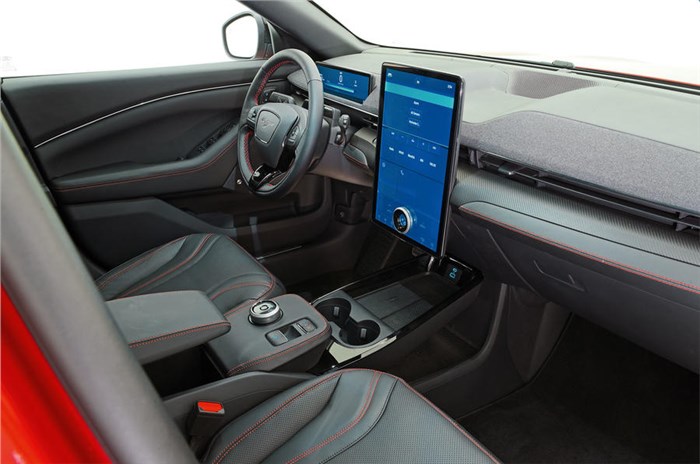 Ford has revealed the Mustang Mach-E – the firm’s first bespoke electrically powered SUV – with styling and (its maker claims) performance inspired by the muscle car. The Tesla Model Y rival is the first production car to emerge from Ford’s Team Edison, a 70-strong Detroit group tasked with designing the firm’s next-generation EVs. At launch, the range-topping version will produce 337hp, with a full GT model making around 465hp due at a later date.

The new electric car has taken the Mustang title as the first step in expanding the nameplate into a full model line; the Mach-E moniker is inspired by the first-gen Mustang’s Mach-1 variant.

The styling strongly links the EV to the regular Mustang, reflected in features such as the badge and front and rear lights, as well as several lines along the bodywork. Murat Gueler, Ford’s European design chief said: “The approach was to put this car in a unique spot: only Ford can do Mustang. In the next few years there will be hundreds of EV nameplates, but with Mustang we can load up with emotion and drama.”

The car lacks conventional door handles, instead featuring buttons that pop open the doors and small holds protruding from the front doors. Owners can use their smartphones as keys, or use a keypad built into the B-pillar.

The Mustang Mach-E sports a more radical interior. The dash is dominated by a Tesla-style vertically mounted 15.5-inch touchscreen with a rotary dial fixed onto it using special glue. Many of the car’s systems are controlled through the screen, which uses a new Sync 4 operating system that can accept over-the-air updates. There is also a 10.2-inch digital cluster for the driver, while the steering wheel retains a number of physical controls.

The Mach-E sits on a new Ford EV platform called Global Electrified 2, or GE2 – an extensively reworked version of the C2 architecture used for the latest Focus. Gueler said designers also gave their input into setting the platform’s dimensions, both to set the wheelbase and to enable the extended bonnet, which was considered an iconic Mustang design feature.

The model will initially be launched with two battery pack sizes and three power outputs. The entry-level version will feature a single motor driving the rear wheels, with either a 75kWh battery and 258hp motor or a 99kWh battery and 289hp motor; both produce 416Nm, with a claimed 0-100kph time of under 8.0sec and a WLTP range of around 450km and 595km, respectively.

The twin-motor, all-wheel-drive version is offered with either a 75kWh battery and 258hp or a 99kWh and 337hp; both versions provide 582Nm and a sub-7.0sec 0-100kph time, with estimated ranges of 419km and 540km, respectively. Charging is available through an AC home charger or via DC fast chargers at up to 150kW.

Ford hasn’t given a full range of performance figures yet, but Team Edison’s Dorit Haas said it was “meant to be like a sportscar.” She added: “This is a performance EV. Not just in a straight line, but in terms of handling and agility – the ride is very important.”

The rear-wheel-drive models will sit on 18-inch wheels, with 19-inch wheels for all-wheel-drive versions. Twin-motor machines gain adaptive LED headlights and red brake calipers, while limited-edition First Edition models also get a panoramic roof. The Mustang Mach-E is being built in Mexico.

In India, Ford has entered into a joint venture with Mahindra, which will see both companies co-develop seven new models for the Indian market, including three new utility vehicles from Ford. The first of these will be a new SUV based on the next-gen Mahindra XUV500 – whose platform will be co-developed by Mahindra, SsangYong and Ford. Also on the cards will be a Ford MPV based on the Marazzo.

The venture also extends to electric vehicles, with Mahindra currently working on a Ford Aspire-based EV. The EV will be based on the standard version of the Aspire that’s sold internationally and not on the sub-four-meter Indian model.