In addition to introducing BS6-compliant engines, Ford has rejigged its hatch’s line-up with updated features and trim levels. 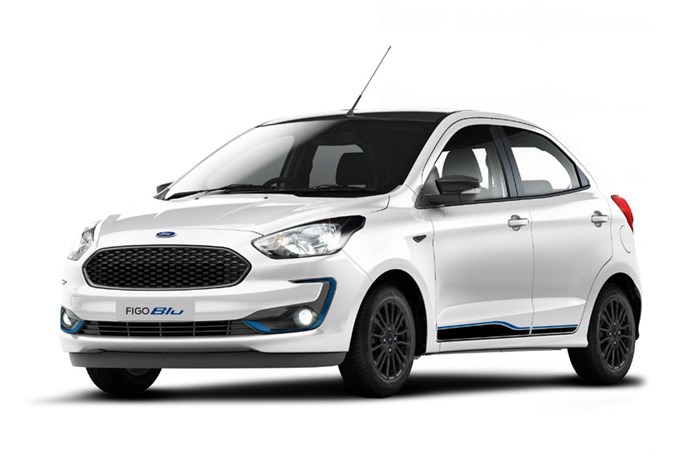 With just over a month to go until the new emission norms kick in on April 1, Ford has introduced simultaneous updates for three of its models – the Figo hatchback, the Freestyle cross-hatch and the Aspire compact sedan. In addition to bringing in a set of cleaner powertrains, the company has used the opportunity to also shuffle the equipment list and trim levels on the new Figo, which is priced from Rs 5.39-7.85 lakh.

Ford has added a new, lower-spec Trend trim level for both the petrol and diesel versions, though the latter misses out on the entry-level Ambiente trim. As a result of the upgraded powertrains and new features, prices for the petrol variants have gone up by Rs 16,000-30,000, while the diesels are dearer by Rs 26,000-30,000, when compared to the equivalent BS4 models.

With shift to BS6 technology, the petrol engine pushes out the same 96hp of power, with the torque marginally declining by 1Nm to 119Nm. The diesel mill maintains its output figures at 100hp and 215Nm. Interestingly, gearbox options are now limited to the 5-speed manual transmission, with opting to Ford drop the 123hp, 1.5-litre petrol unit with a 6-speed torque converter automatic gearbox that was previously available in the higher-spec Titanium trim.

Fuel efficiency has taken a hit in pursuit of cleaner tailpipe emissions. The petrol is now officially rated at 18.5kpl and the diesel returns a claimed mileage of 24.4kpl, which translate into a decline of 1.9kpl and 1.1kpl over their respective BS4 counterparts.

In terms of features, traction control, electronic stability program and hill-start assist are no longer available, as they were only offered on the now discontinued petrol-automatic combination. On the plus side, Ford has rolled out its ‘FordPass’ car connectivity tech across the range as standard, which offers owners various functions like remote lock/unlock, vehicle locator, vehicle health alerts and many more via their smartphones.

Let’s take a detailed look at the prices, engine options and features of each of the trim levels.

As before, the Ford Figo faces off the Maruti Suzuki Swift, Hyundai Grand i10 Nios and the Volkswagen Polo in our market.