Differentiated body styles have worked well for us: Tata Motors

Despite being a coupe, Tata Motors believes the Curvv will be a mainstream player when launched. 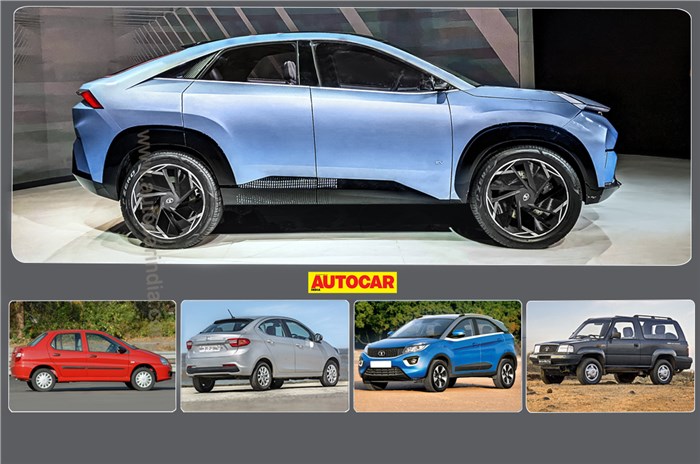 You have to hand it to Tata Motors. The Indian auto giant has never shied away from a different take on a vehicle’s body style. As far back as the ‘90s, the Indian carmaker had the two-door Sierra SUV, and then the company was also the first to offer a sedan – the Indigo – within the sub-4-metre mark, thus taking advantage of the lower tax and kick-starting that segment.

Further, with the Tigor compact sedan, the firm also tried a different approach going with a slope-back or fastback style. The company’s compact SUV, the Nexon, also isn’t your typical upright SUV, but has a regular roof cleverly disguised with a coupe-ish line.

These differentiated bodystyles is something Tata Motors’ Shailesh Chandra – managing director of Passenger Car Division – says has worked well for the company. “Nexon is a good example –  it is not a conventional body style, but today it is the largest-selling SUV and has only grown over a period of time.”

Chandra believes this is because Indian consumers are not always conventional in their buying choices. “The Indian car buyer can be conservative with their choice, but very often they do surprise you; and it’s also because the average age is coming down.” And while the average age sure is coming down, the younger set today also makes up the majority. For the Nexon, Tata Motors says that 63 percent are less than 35 years of age.

Thus, Chandra is confident that while the coupe-SUV is a niche in the luxury segment, the Curvv will become mainstream and attract buyers from other segments. Though Chandra shied away from speaking about expected volumes, he did state, “It’s not going to be niche, for this size of an SUV, the coupe brings out the right proportions.”

Perhaps that would be the case, but, just like in the case of the Nexon – which has on offer petrol, diesel, electric as well as manual and automatic transmissions – beyond the coupe body, what will really help Curvv sales is the fact that after the electric version, Tata Motors will also offer the SUV with petrol and diesel engines, and this will only further widen its appeal.