Demand for Nissan Magnite soars; production to be ramped up

The Nissan Magnite has amassed 32,800 bookings so far, and Nissan India will increase production at its Oragadam facility to keep waiting periods in check. 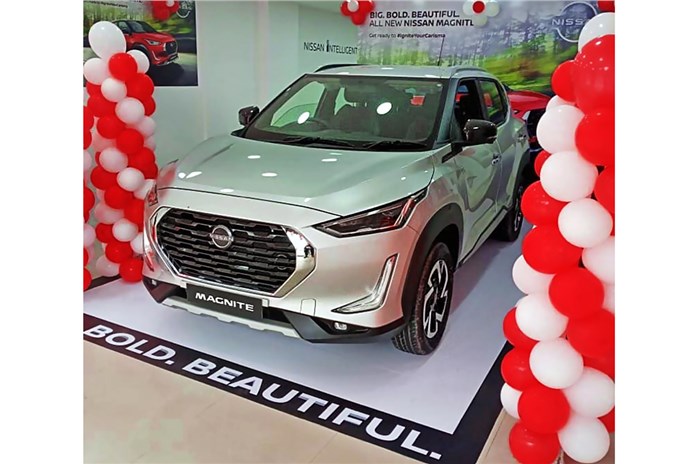 Bookings for the Nissan Magnite have crossed the 32,000-mark within a month of its launch, Nissan India has confirmed today during a media interaction. Bearing in mind the high demand, the company has decided to ramp up production of its brand-new compact SUV.

At present, Nissan has received 32,800 bookings and over 1.80 lakh enquiries for the Magnite, and the company has revealed prices for nearly the entire Magnite line-up remain unchanged, with only the base variant’s price has gone up. Now, the revised price of the entry-level Nissan Magnite XE is Rs 5.49 lakh (all prices ex-showroom, Delhi).

During the interaction, Rakesh Srivastava, Managing Director at Nissan India, revealed that while the first 15,000 bookings for the Magnite were received in 15 days post the launch, the company has amassed over 10,000 bookings in 3 days after test drive vehicles were made available at showrooms.

To meet soaring demand, Srivastava confirmed Nissan is adding a third shift at its Oragadam facility to increase production of the Magnite and keep waiting periods down to 2-3 months. This development will also see Nissan hire over 1,000 new employees at the Oragadam plant, and over 500 new executives at itsdealerships.

At this time, Nissan has 123 sales outlets in India, 20 of which were added just before the launch of the Magnite.India is the global production hub for the Magnite, and Nissan has already launched it in Indonesia, with exports to Nepal, Thailand and South Africa set to follow.

Recently, it was revealed that the made-in-India Nissan Magnite for the ASEAN region secured four stars in the ASEAN NCAP safety tests. During the media interaction, Srivastava confirmed the India-spec Magnite would eventually also be sent for the Global NCAP crash tests.

Highlighting the draws for the Nissan Magnite, Srivastava said customers initially took a liking to the design and styling, as well as the extensive features list of the compact SUV, which includes segment-firsts such as a 360-degree camera and wireless Apple CarPlay and Android Auto. However, Srivastava added that more customers – who were previously also considering hatchbacks, sedans and other compact SUVs – made up their mind after experiencing the Magnite on a test drive, and the value proposition also helped close the deal.

What do you think is driving the Nissan Magnite’s popularity? Let us know in the comments.