All-electric two-seater to rival the Renault Twizy in international markets; has a range of 70km. 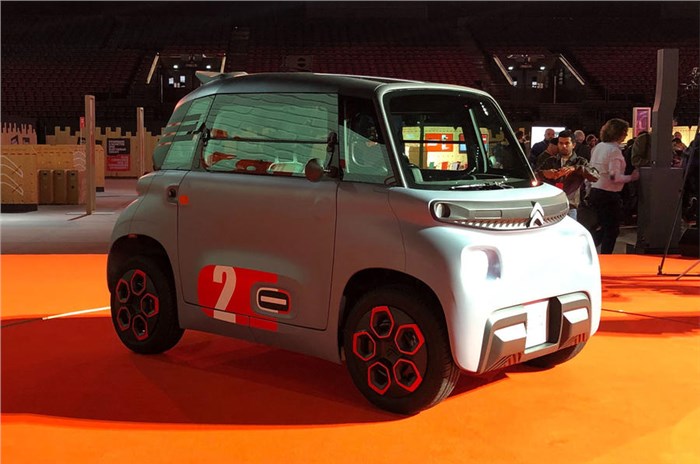 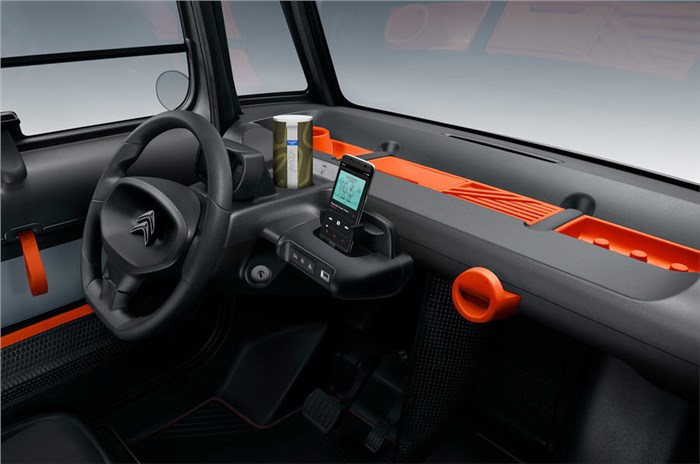 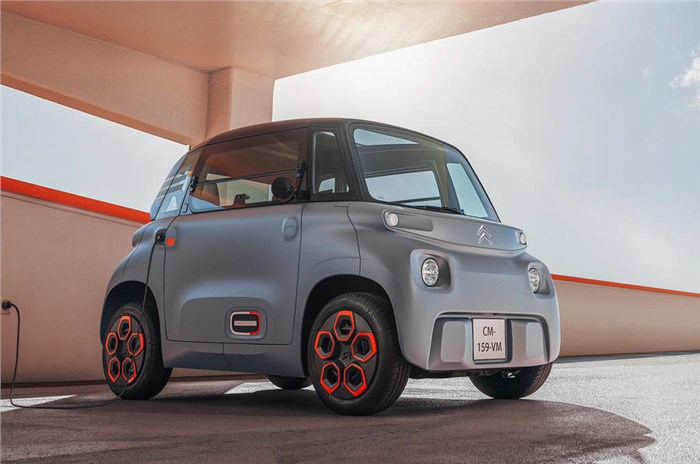 French carmaker, Citroën has revealed the Ami – a quirky, electric two-seater – that’s intended to propel the brand into a new era of car-sharing and urban mobility.

Classified as a quadricycle in Europe, the Ami is rather diminutive, measuring in at 2.41m long, 1.39m wide and 1.52m high. Putting it in perspective for India, the Ami is shorter than the Qute quadricycle in terms of length (2.75m) and height (1.65m), though it is wider than the latter. However, one must keep in mind that the Qute is a four-seater.

The Ami features a rather symmetrical design, with styling up front and round the back almost identical. Interestingly, a unique element of the car are its doors, which open in opposite directions – the driver door is rear hinged while the passenger door is hinged at the front. There are two fixed, semi-opening windows, which Citroën flags as a nod to the iconic 2CV. A large glass surface, including a panoramic roof is claimed to give occupants a feeling of space as well as good visibility.

The interior is closed and heated, while the two seats are positioned side by side so that taller people can fit. Citroën claimed a carry-on suitcase can fit in a recess at the passenger’s feet. Satnav and music are accessed via a smartphone placed in a dedicated area in the middle of the dashboard.

Under the floor of the Ami is a 5.5kWh lithium-ion battery that can deliver up to 70km of range, while a sole 6kW motor allows it to hit a top speed of 42kph. The battery can be recharged in just three hours from a domestic socket.

Citroën describes the Ami as a “a practical response to new mobility expectations for short journeys [providing] easier access to city centres, micromobility for everyone and a real alternative to scooters, bicycles, mopeds and public transport, and at reasonable costs”.

Acquiring an Ami will be an entirely online process, in which the EV can be delivered to one’s home or collected from a pick-up point. It will also be available in traditional Citroën dealerships, as well as pop-up stands in shops, such as French department store chain Fnac. Citroën is offering three usage models: long-term rental, car-sharing and cash purchase.

There is one colour available: Blue Ami, which is a coloured material rather than a paint finish, and described as having "a huge impact" on cost-saving.

Coming to the Indian market, Citroen is set to launch is first model for the market, the C5 Aircross SUV, later this year. The brand’s first dealerships are nearing completion with the carmaker eyeing to have its first dealerships operational by the time of the SUV’s launch. The carmaker has also begun testing a compact SUV for India.