The increase in COVID-19 cases and lockdowns across India has led to the postponement of many new car launches. 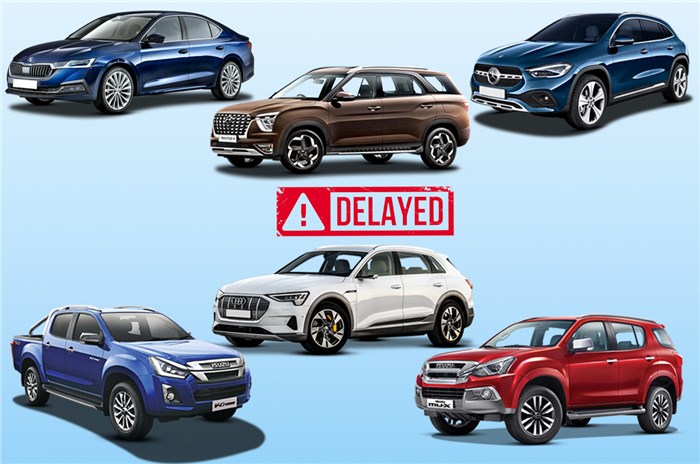 India is currently in the midst of the COVID-19 pandemic’s second wave, and this has led various carmakers to delay the launch of their new vehicles. As the number of COVID-19 cases are rising rapidly all across the country, carmakers believe this is not the appropriate time to launch new products. Additionally, with many states in India going through another round of lockdowns, this adds another major hurdle for carmakers, when it comes to holding new car launches. This deferment also lets them focus their efforts in aiding the current situation caused by the pandemic, wherever they can.

We have compiled a list of all the brands and cars for which the launch has been delayed, as follows.

Skoda has confirmed that the launch of the fourth-gen Octavia in India has been postponed due to the ongoing COVID-19 pandemic. The sedan – with all-new interior and exterior styling as well as a single 190hp, 2.0-litre petrol engine option mated to a 7-speed DSG automatic gearbox – was originally slated for launch towards the end of April 2021.

The launch of the Hyundai Alcazar three-row SUV has also been postponed from April 29, 2021, to late May. The Alcazar is a derivative of the popular Creta SUV, with a longer wheelbase (150mm more) and an added row of seats (with both 6 and 7 seat configurations). The SUV will be available with the choice of petrol and diesel engines, as well as with manual and automatic gearbox options.

The Isuzu V-Cross pickup truck and MUX SUV were both discontinued by the carmaker when the BS6 emission norms came into effect in 2020. The carmaker was set to bring them back in their BS6 guise in the coming weeks, but their respective launches have now been postponed due to the pandemic. The V-Cross and the MUX are both expected to feature a BS6-compliant version of the 1.9-litre, four-cylinder turbo-diesel engine, along with the choice of manual and automatic gearboxes.

The all-new Maruti Suzuki Celerio hatchback was also slated to launch in May 2021, though its market introduction has also been postponed. The second-gen Celerio is expected to feature all-new styling on the interior and exterior, more in line with Maruti’s current design language. The model is also likely to move to the carmaker’s ‘Heartect’ platform that also underpins models like the Wagon R, Swift and Baleno. Expected engine options include a 68hp, 1.0- litre, three-cylinder petrol engine, and a more powerful 83hp, 1.2-litre four-cylinder petrol engine.

Audi’s first all-electric model in the Indian market, the e-tron SUV, was originally scheduled to launch in May 2021 but has now been postponed to launch by June. These plans are fluid and could change depending on the prevailing COVID-19 conditions.

The e-tron will come with a 95kWh battery pack that will power two electric motors. Combined, the electric motors produce 408hp, allowing the EV SUV to complete the 0-100kph sprint in a claimed 5.7sec. The e-tron’s battery pack can provide a WLTP-certified range of 440km. Once launched in India, the Audi e-tron would compete with the Mercedes-Benz EQC and the recently launched Jaguar I-Pace.