The sedan’s stylish, coupe-like roofline, along with an extensive equipment list, are expected to attract young, first-time BMW buyers. 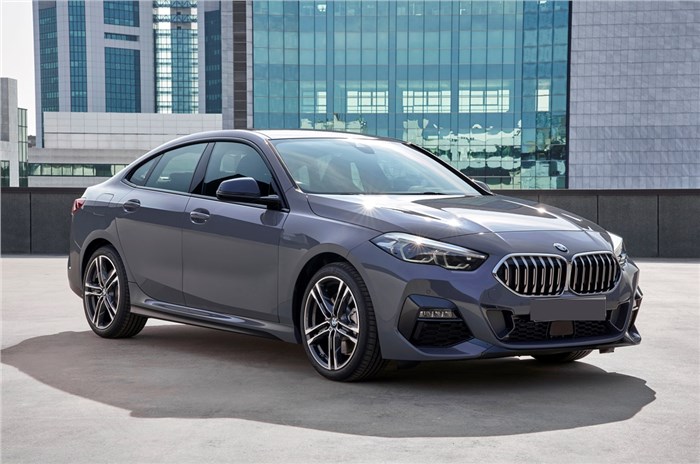 The BMW 2 Series Gran Coupe was recently launched at Rs 39.30-41.40 lakh (introductory prices, ex-showroom, India). Slotting in below the 3 Series, the four-door coupé forms the entry point to BMW’s ‘sedan’ range in India.

Arriving just in time for the festive season, the new model is poised to open up new avenues for the automaker in our market by bringing in a fresh set of customers. We take a closer look at how the 2 Series Gran Coupé is positioned to appeal to the Indian luxury car buyer.

The four-door 2 Series is not only expected to draw in first-time BMW customers, but is also targeted at a younger audience with its coupé-like profile. “We're expecting to attract a lot of design-led, new type of customers into our fold who want a stylish sedan that doesn't look like a standard hatch or sedan,” said Vikram Pawah, president, BMW Group India, in an interview with Autocar India.

Though the new 2 Series is priced close to the BMW X1 SUV (Rs 35.90-42.90 lakh), and even the larger 3 Series sedan (starting at Rs 41.70 lakh) to an extent, its chic design and flowing roofline are set to be the main differentiators. And with the 8 Series Gran Coupé already catering to the higher end of the premium segment, the new model affords BMW the opportunity to offer a similar body style in the entry-level category.

Interestingly, BMW’s strategy is in contrast to that of the other German luxury carmakers. Mercedes, for instance, has decided to replace its first-gen CLA four-door coupé in our market with the upcoming A-class sedan, in an effort to offer a superior rear-seat experience. However, there are rumours that the CLA will follow the A-class sedan and could be launched in the second-half of 2021. Audi too is set to have a traditional three-box sedan in the segment, with the India launch of the second-gen A3 lined up for next year.

Another aspect of the 2 Series that is expected to appeal to urban buyers is its extensive features list. Weighing in, Pawah mentioned, “In the entry-level space, it's all about the value of the package you offer. And the 2 Series Gran Coupe has all the features that a customer expects in the premium space.”

After the transition to BS6 resulting in a difficult Q1 2020 and COVID-19-related lockdowns severely impacting Q2 sales, the company has seen steady recovery in the third quarter, and hopes to build on the momentum for the rest of the year, with the festive season already underway. The 2 Series Gran Coupe is further expected to stimulate demand by catering to the budget end of the luxury car market.

Thereafter, BMW is aiming to “bounce back” in 2021. The German marque is gearing up for its “biggest ever product offensive” in the next 24 months, according to the BMW India head. As part of the plan, the automaker has lined up the launch of the 5 Series facelift, 6 Series GT facelift and the 3 Series long-wheelbase for our market next year.