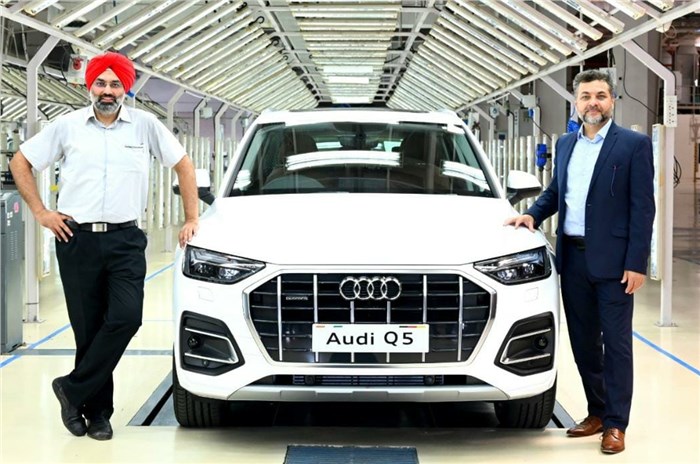 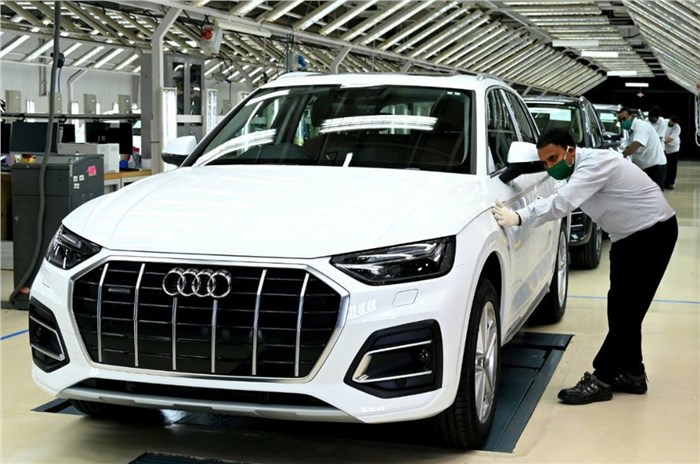 The updated Audi Q5 SUV gets fresh styling and more tech, and will come with a petrol engine only.

Audi India has commenced local assembly of the Q5 facelift at its Aurangabad facility, ahead of its launch in the coming weeks. The SUV returns to India in a facelifted avatar, with revised styling and a sole petrol engine, after it was dropped from the manufacturer’s line-up last year.

Revealed last year, the Q5 facelift gets revised styling like a larger, more prominent front grille with vertical chrome slats, new LED headlamps and tail-lamps, and revised bumpers, bringing it in line with newer Audi models. International-spec cars also get the option of Matrix LED headlamps, though it remains to be seen if Audi offers the tech on the Indian model.

The cabin too gets minor changes and is expected to pack in more tech, with a notable update likely to be Audi’s new MIB 3 infotainment platform with a larger 10.1-inch touchscreen. The new infotainment system also packs in connected car tech and Amazon Alexa integration. The international-spec cars also come with a host of active driver aids, though it remains to be seen how much of it will make its way here.

As is the case with the rest of its line-up, Audi had chosen to go the petrol-only route with the Q5 facelift. While the outgoing model did come with a diesel engine option, the new Q5 will be offered solely with a 245hp, 2.0-litre turbo-petrol engine paired with a 7-speed dual-clutch automatic gearbox – the same as the Audi A6 currently on sale.

Once launched, the Audi Q5 facelift will rival the Mercedes-Benz GLC, the Land Rover Discovery Sport, the BMW X3 and the Volvo XC60 in India.