The British firm will build just 333 examples of the new Aston Martin V12 Vantage, all of which were sold prior to its unveiling for a starting price of £2,65,000 (around Rs 2.65 crore)-£1,23,000 (Rs 1.2 crore) more than the previous range-topping Vantage F1 Edition. It's the third and final V12-engined Vantage that Aston Martin will ever build.

Aston Martin Vantage engine: a move back to 12 cylinders

It uses the same 5.2-litre twin-turbocharged 12-cylinder engine as the Aston Martin DB11 and Aston Martin DBS, but in a bespoke state of tune that endows it with 690hp and 750Nm – enough to send it from 0-100kph in just 3.4sec and on to a 320kph top speed. "The engine is the heart of every Aston Martin, but never more so than in this," the company said.

The eight-speed automatic gearbox is carried over from the standard Vantage, but re-calibrated to give faster shift times and "driver interaction". 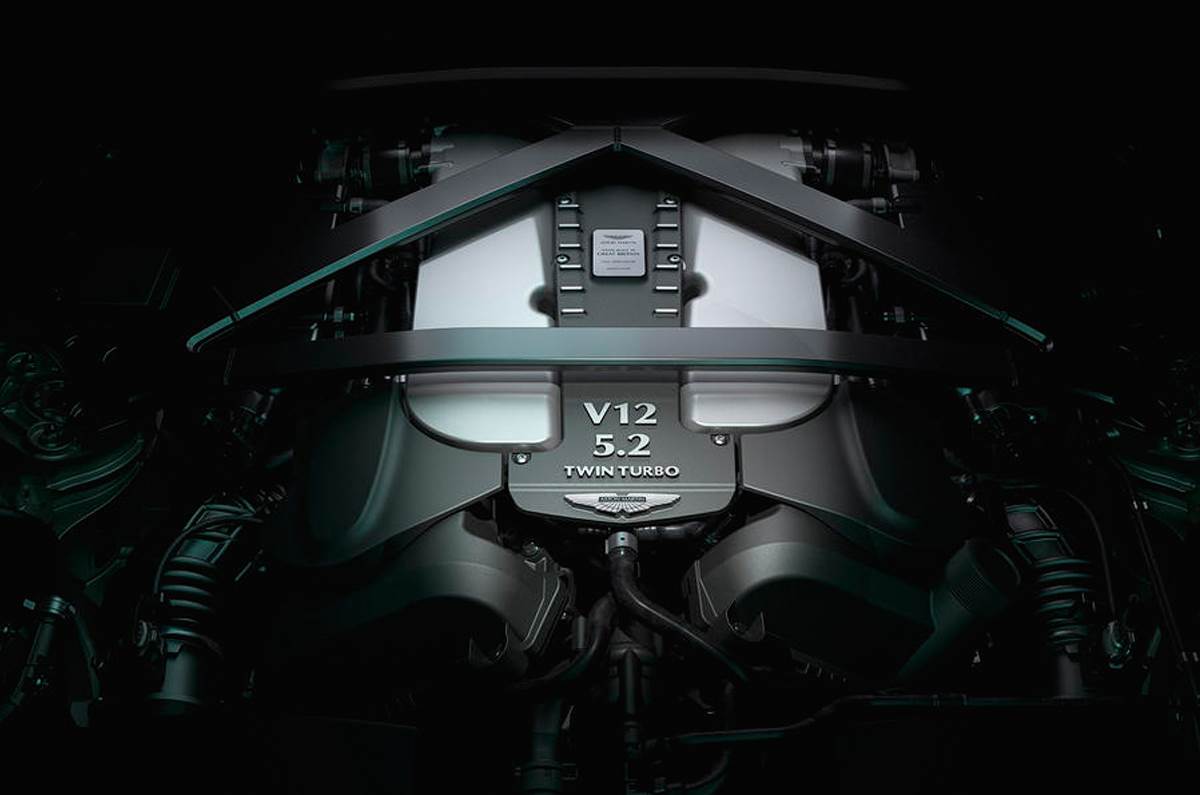 Aston Martin CEO Tobias Moers said the V12 Vantage has been the firm's "hero car" in recent years and that this latest iteration is a fitting final outing for the name.

"Right from the moment the first V12 Vantage RS Concept was shown back in 2007, our customers and fans around the world fell in love with the idea of fitting our biggest engine into our smallest and most sporting model," Moers said. "The recipe has been refined over the years with great success, but the essence has remained the same. Now it's time to bring this bloodline to a close, fittingly with the most spectacular example yet: the fastest, most powerful and most dynamically capable V12 Vantage ever."

The upgrades over the standard Vantage extend far beyond the motor. To go along with the power increase, the V12 Vantage has been radically re-engineered and redesigned in line with its bespoke brief.

Aston Martin has sought to offset the weight of the larger engine with a carbon fibre front bumper, bonnet, wings, sills, rear bumper and deck lid, along with lightweight battery and exhaust systems – the latter alone saves 7.2kg. 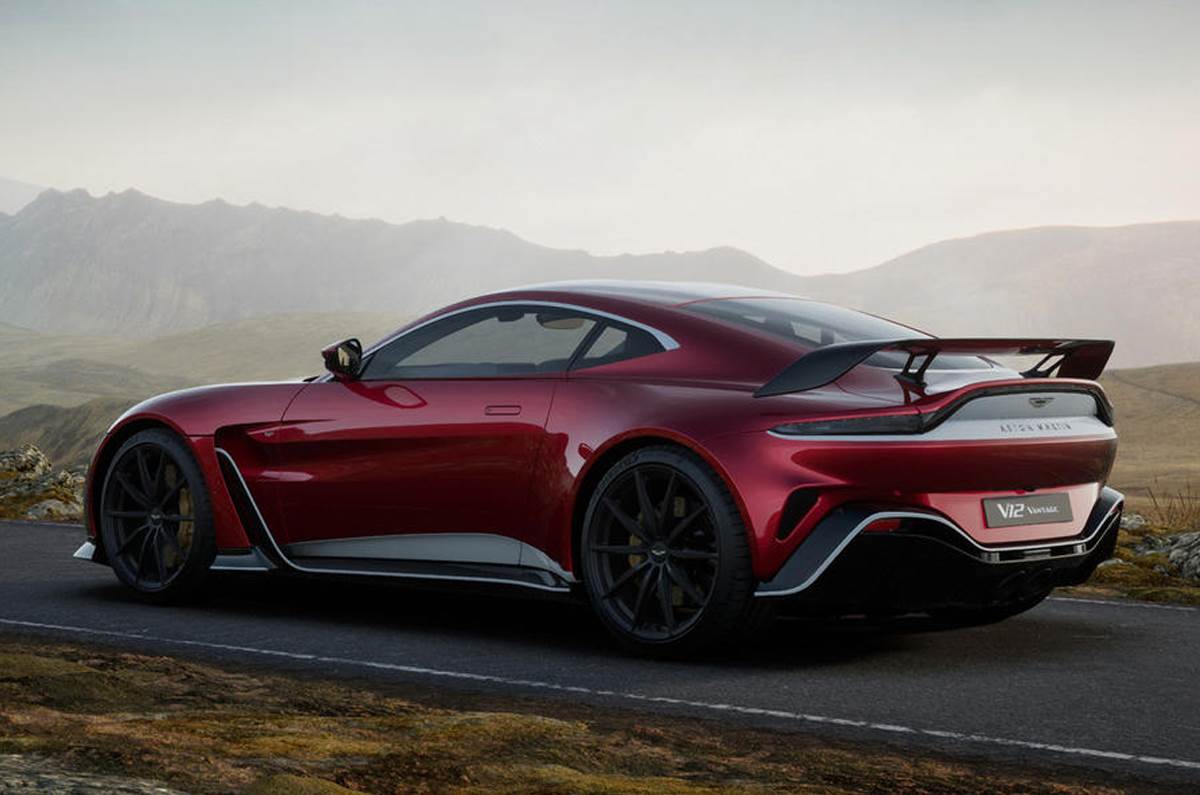 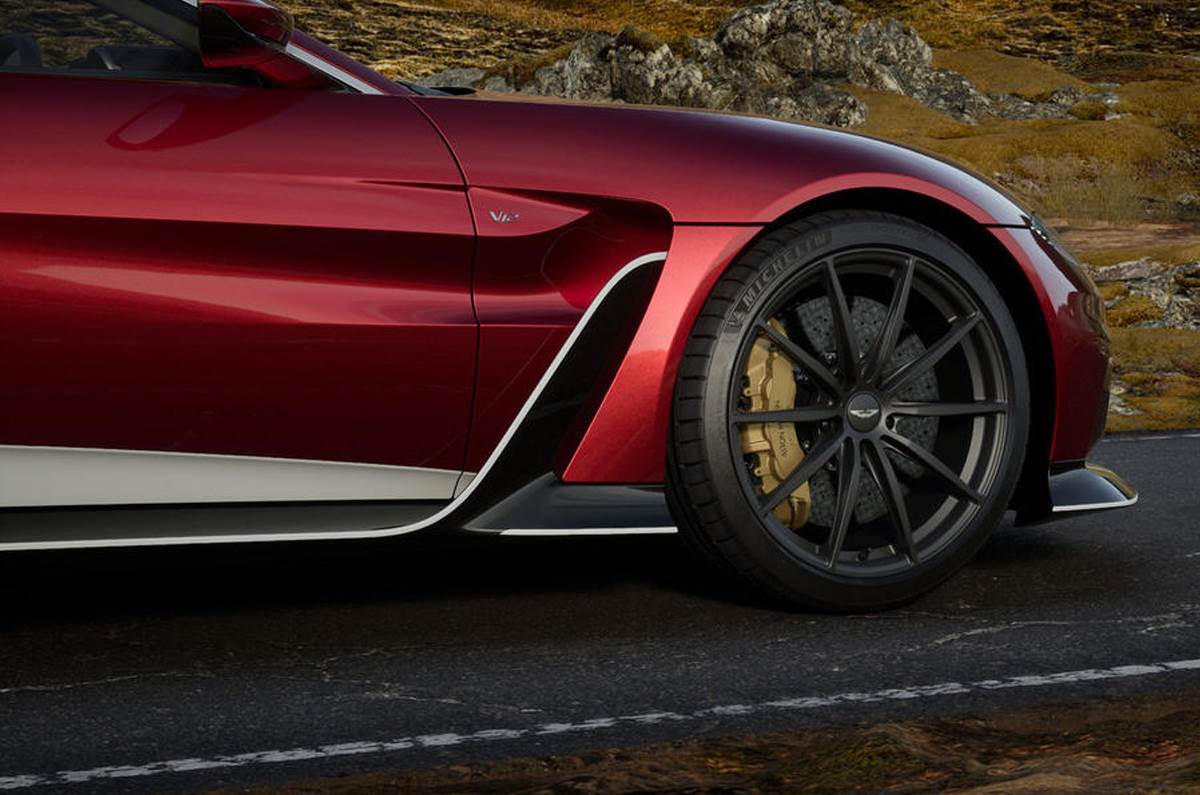 The transformation is most immediately obvious from the V12's visual makeover, though. Its track has been widened by 40mm at each end to boost cornering stability, there's a radical new front-end treatment with a bespoke (25 percent larger) grille and full-width splitter, the bonnet now hosts a massive horseshoe-shaped cooling intake and the rear end houses a new centre-exit exhaust, a race-style diffuser and a sizeable rear wing that adds 204kg of downforce at top speed.

The revamp is subtler inside, with the V12 car marked out mostly by its carbon fibre seats – claimed to save another 7.3kg over standard. 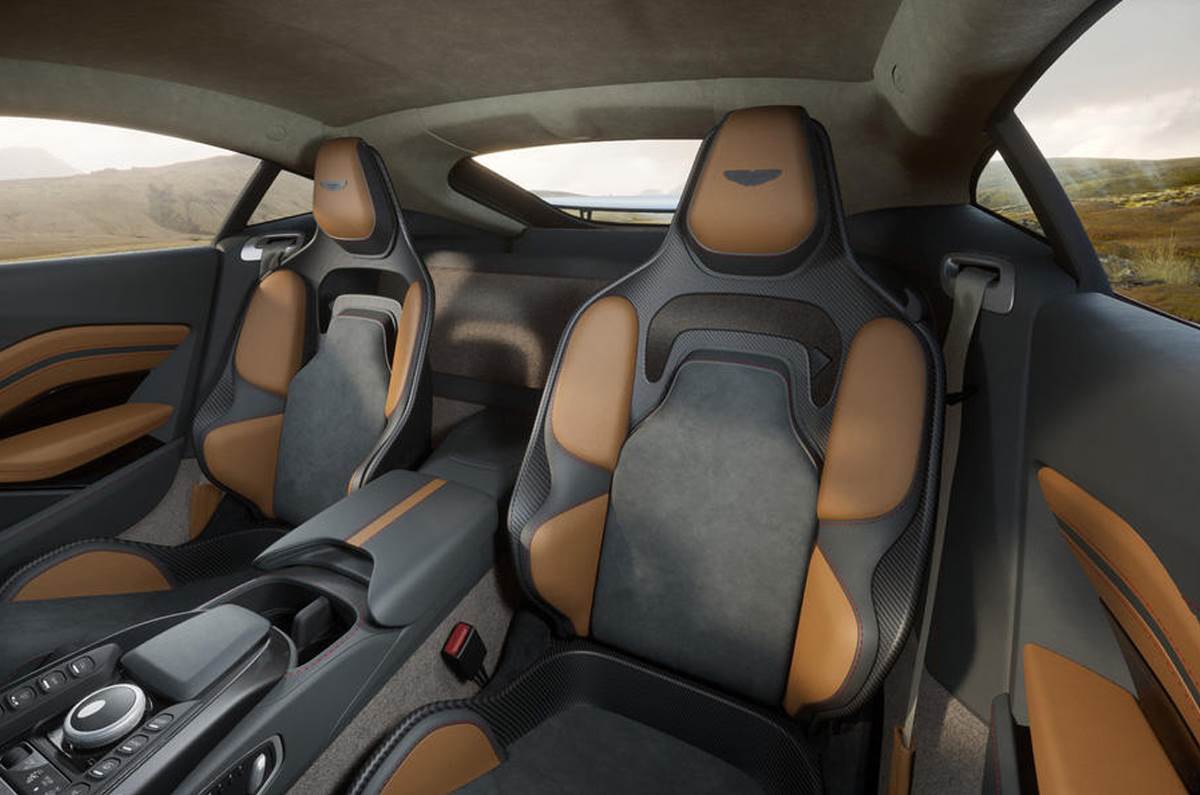 However, Aston Martin has emphasised that the personalisation options offered by its Q bespoke service mean that "it wouldn't be a surprise to see no two cars the same".

Moers has previously hinted to our sister publication Autocar UK that Aston Martin's V12 could be deployed in more new models after the new Vantage. "The V12 still has a bit of potential", he told us. "Having the V12 Vantage shows there's still room for a V12 in our sports car generation."

Aston Martin is one of just a handful of manufacturers still building V12-engined cars. Ferrari has committed to maintaining a 12-cylinder engine option in its line-up for the foreseeable future, Lamborghini will replace the Aventador with a new V12 hybrid next year, Rolls-Royce will keep its BMW-derived unit on sale until it goes all-electric in 2030 and the ultra-luxurious Mercedes-Maybach S-Class continues to use the firm's 6.5-litre unit.

What are your thoughts on the new V12 Vantage? Let us know in the comments below. 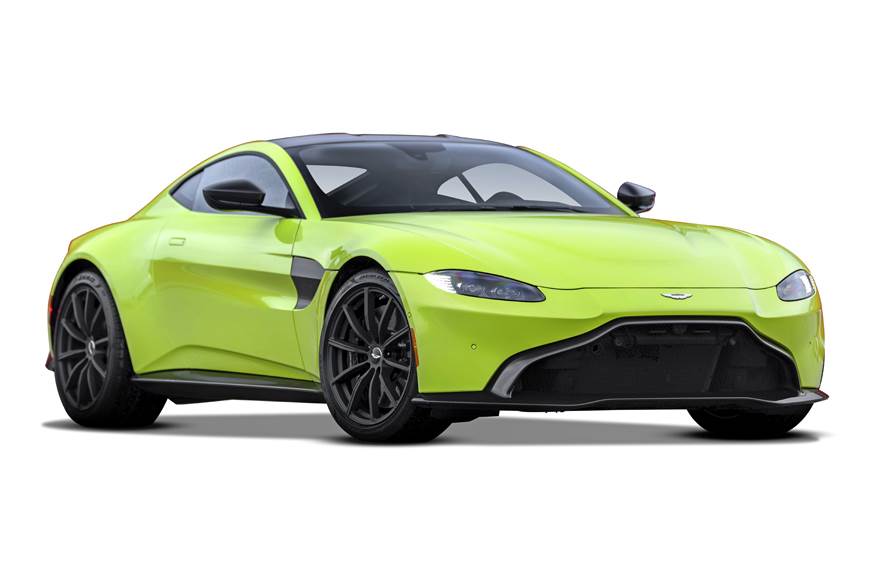 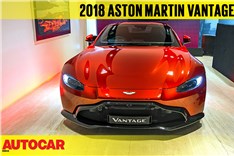