Aston Martin’s first SUV will have an AMG-sourced 4.0-litre twin-turbo V8 first; to be followed by a V12 and hybrid variants. 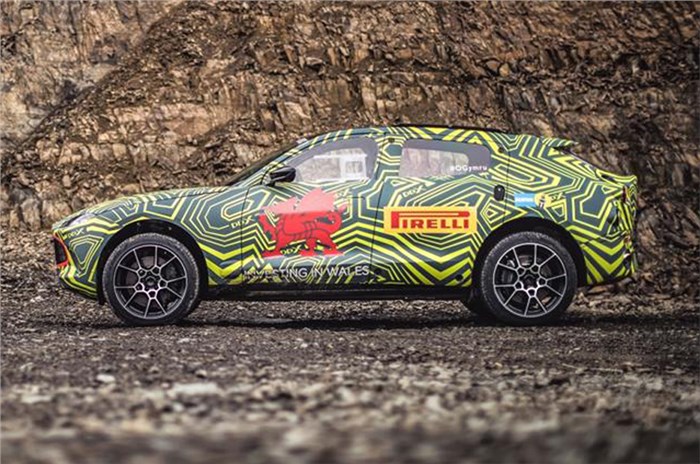 The Aston Martin DBX, which is the firm's first-ever SUV, is reported to be powered by an AMG-sourced 4.0-litre, twin-turbo V8. Spy images online show the DBX with heavy camouflage, though the number plate on the test mule is said to reveal the engine it has. Aston Martin’s DB11 is also powered by the same unit, where it develops 510hp.

Aston Martin revealed the name with official shots of the test car late last year. There was also speculation regarding the British carmaker fitting the DBX with its V12 powertrain, although as of now the SUV will launch with the AMG-sourced V8 motor. Aston Martin’s own 5.2-litre V12 will make its way to the DBX at some point, but it is unclear whether or not it will be available at launch. The SUV will also be offered with a hybrid powertrain – though that will be at a later date.

The new SUV will be produced in a new purpose-built factory in St Athan, Wales. It is the same factory that the upcoming Lagonda sedan will also be manufactured in. When the DBX launches in the international markets, it will rival the Lamborghini Urus, Bentley Bentayga, Rolls-Royce Cullinan and the upcoming Ferrari SUV. Aston has made no announcement regarding their plans to bring the SUV to the Indian market, as of now.