Renault's new compact seven-seater will be based on the CMF-A platform; powered by an uprated 1.0-litre petrol engine and feature-laden. 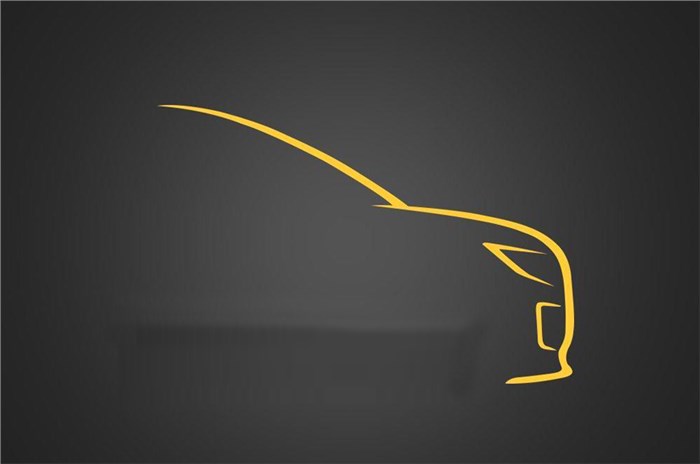 Renault has just christened its upcoming compact seven-seater (earlier known by its codename RBC) the Triber. Based on a modified version of the Kwid’s CMF-A platform, the Triber will hit showrooms sometime in July this year and will sit above the Kwid in the Rs. 5.3 lakh to 8 lakh price bracket. The teaser image released shows the Triber’s silhouette, upright bonnet and large front bumper.

Unlike the Datsun Go+, which is a stretched version of the Go with an extra row of seats, Renault started with a clean sheet of paper to give the Triber a more functional design that makes it possible to offer a lot more space in the smallest footprint possible.

Renault is expected to give the Triber premium touches like LED daytime running lamps, a large grille with chrome inserts as well as chrome bits on the front bumper. On the inside, it will sport dual-tone interiors and will share the steering wheel and other controls with the Captur. The MPV will also come with a large touchscreen infotainment system with Apple CarPlay and Android Auto.
Expect the new Renault Triber to offer dual front airbags, with some variants also getting side airbags. Rear parking sensors, a reverse camera and a speed warning system will also make it to the model.

The third row of seats, which gets a dedicated set of air-con vents, can also be removed for extra luggage space.

Under the hood, the new Renault Triber will get a more powerful iteration of the Kwid’s 1.0-litre (BR10) three-cylinder petrol engine; sources tell us this version will make 7hp more on the seven-seater. The engine will be mated to the Kwid’s 5-speed manual transmission, with a 5-speed automated manual transmission (AMT) likely to join the range in the future. A turbocharged version of the BR10 engine is also in the works but it won’t come until next year.

The Triber has no direct competition, and, in that sense, is a unique product that blends the versatility of an MPV with the compactness and ease of use of a hatchback.