The RBC MPV will be positioned below the Lodgy MPV; to come with more than two airbags in some variants. 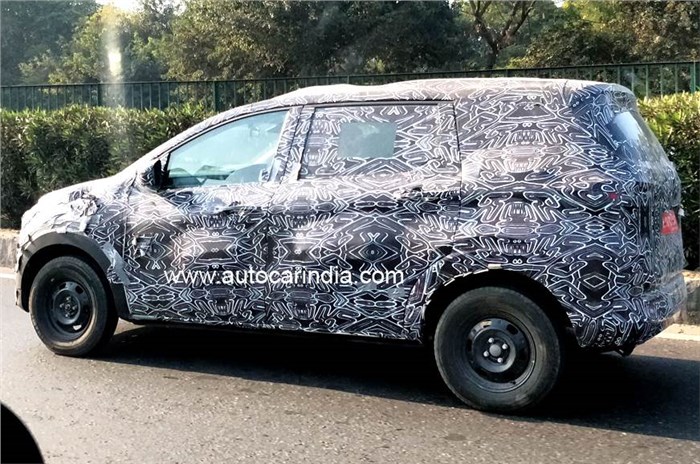 Renault India is gearing up to launch its first completely new model in 2019 – codenamed the Renault RBC MPV, the new compact MPV will arrive sometime in July this year. The sub-four-metre RBC MPV will be Renault’s first all-new launch since the Captur was introduced in our market back in November 2017.

The RBC MPV will be underpinned by an updated version of the Kwid’s CMF-A architecture. The upcoming MPV’s length will be below the four-metre mark and it will sit below the Lodgy in Renault’s India line-up. The MPV will become one of the most affordable seven-seaters on sale in India as it will benefit from lower taxes for sub four-metre models. Design-wise, the Renault RBC will sport new headlights with LED DRLs, a new V-shaped grille and chrome inserts on the bumper.

The new Renault MPV will have premium dual-tone interiors and its steering wheel is likely to be shared with the Captur. It will also feature a large touchscreen infotainment system, at least on higher variants.

As far as safety goes, the MPV will be equipped with standard dual front airbags, with some variants also getting side airbags. Rear parking sensors, a reverse camera and a speed warning system will make it to the model as well.

The RBC will be powered by a more powerful iteration of the 1.0-litre, three-cylinder petrol engine seen in the Kwid and the Datsun Redigo. While we know that the engine will be turbocharged, its exact output figures are currently unknown. The engine will be offered with a 5-speed manual transmission; a 5-speed automated manual transmission (AMT) likely to join the range in the future. There will be no diesel powertrains on offer with the MPV.

Renault is expected to price the RBC MPV in line with midsize hatchbacks. Expect more information about the Renault RBC to surface closer to its launch.