The new Jeep Grand Cherokee is available only with a petrol engine and in 5-seater guise. 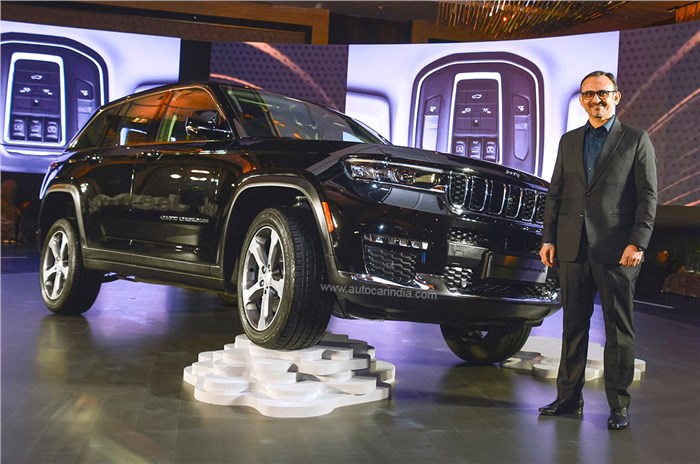 Jeep has launched the all-new Grand Cherokee in India with prices starting from Rs 77.5 lakh (ex-showroom, India). Unlike the previous-gen Grand Cherokee that was imported to India as a fully built unit, Jeep is now locally assembling its new flagship SUV. In fact, India is the first market where the Grand Cherokee is being assembled outside of North America.

With this introductory price, the Jeep Grand Cherokee is only slightly more expensive than the Jaguar F-Pace – Rs 77.41 lakh. Other rivals include the Volvo XC90, Range Rover Velar, Mercedes-Benz GLE, Audi Q7 and BMW X5. Out of these, only the Volvo and Audi come with a 7-seat layout, while all others are 5 seaters.

The new Jeep Grand Cherokee has a design that resembles the larger Grand Wagoneer sold abroad, and as such, wears the typical Jeep family look. And while the design has matured beautifully with modern details, it's still identifiable as a Grand Cherokee.

Up front, the new Grand Cherokee is characterised by the traditional seven-slat grille flanked by sleek LED headlamps and a protruding bumper down below with wide side and central air intakes. The two-box profile gets a prominent belt line that runs from the headlamps to the tail lamps, squared wheel arches and a floating effect for the roof with a blacked-out portion in the C-pillar. At the rear, the Grand Cherokee boast slim LED tail lamps, a prominent number plate housing on the tail gate and a chunky rear bumper.

As is the case with most modern interiors, the multiple screens are the highlight of the new-gen Grand Cherokee’s interior. There’s a central 10.1-inch touchscreen that seamlessly flows into the stack of HVAC controls below, which have retained physical buttons and dials. Additionally, there is a 10.1-inch screen embedded in the dashboard dedicated to the front passenger.

The dashboard also has a layered effect and looks plush and premium with its leather, wood and gloss black inserts. The minimalist AC vents and the neatly designed centre console further add to the level of sophistication.

Like its predecessor, the new Grand Cherokee continues to be offered in a 5-seater guise, although globally it's also available in a three-row version which is known as the Grand Cherokee L.

Unlike the previous-gen Grand Cherokee that was offered with both petrol and diesel engine options, the new model only gets a 2.0-litre, four-cylinder turbo-petrol engine option. This unit produces 272hp of power and 400Nm of peak torque, and comes paired to an 8-speed automatic gearbox as standard, sending drive to all four wheels via a four-wheel drive system. The new Grand also gets selectable terrain modes – Auto, Sport, Mud/Sand and Snow. 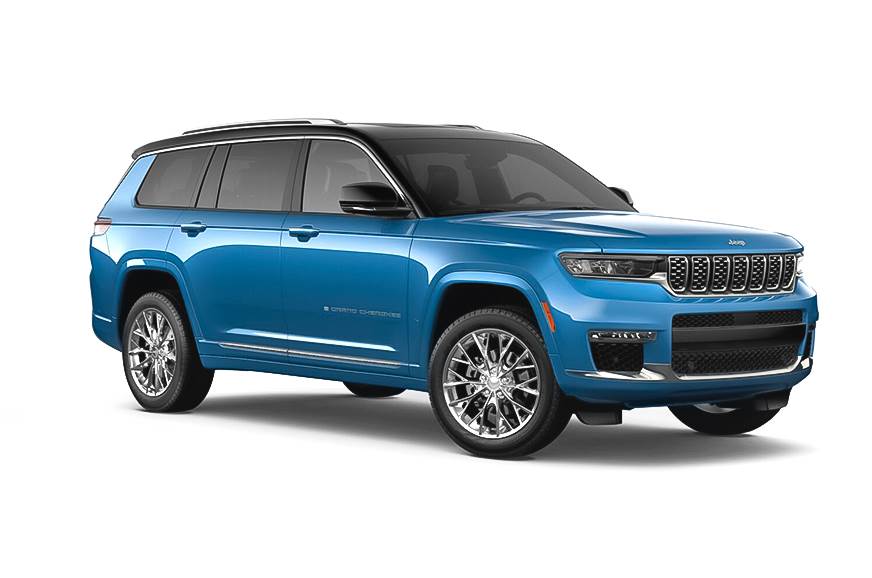 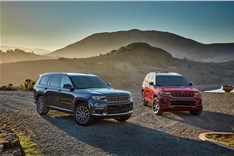 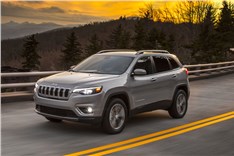 Dubai to Hatta in a Jeep Grand Cherokee SRT video