The model tested by ASEAN NCAP was a Thai-spec Toyota Hilux with three airbags. 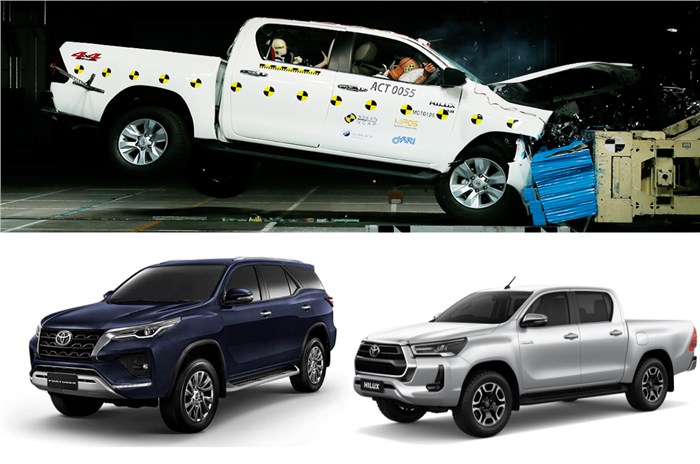 The 2020 Toyota Hilux and Fortuner have been awarded a 5-star crash test rating by the ASEAN NCAP. The model tested by the authorities was a Thailand-spec Toyota Hilux pickup, whose scores also apply to the facelifted Fortuner SUV.

The Toyota Hilux used in these crash tests was a Thailand-spec 2.8-litre diesel variant, equipped with three airbags.

The Toyota Fortuner facelift is expected to be launched in India sometime in 2021. When the facelifted Fortuner arrives in India, expect its prices to be a fair bit higher than that of the current model (which range from Rs 28.66-34.43 lakh, ex-showroom, Delhi).

The Toyota Hilux pickup, meanwhile, is currently being evaluated for an India launch. A rival to the Isuzu D-Max V-cross, the Toyota Hilux is expected to be priced aggressively, starting at Rs 15 lakh for the entry version of the double cab, with more luxurious and better-appointed versions likely to be available for around Rs 20 lakh (ex-showroom).