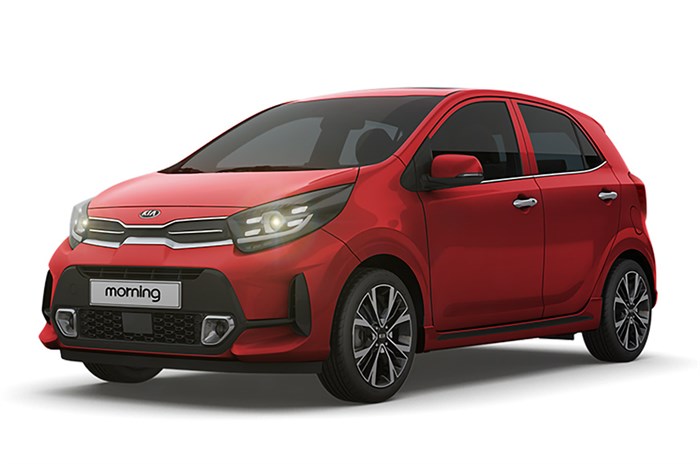 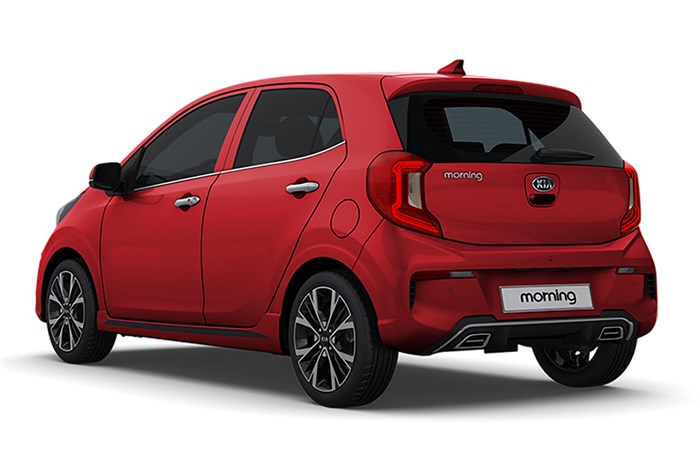 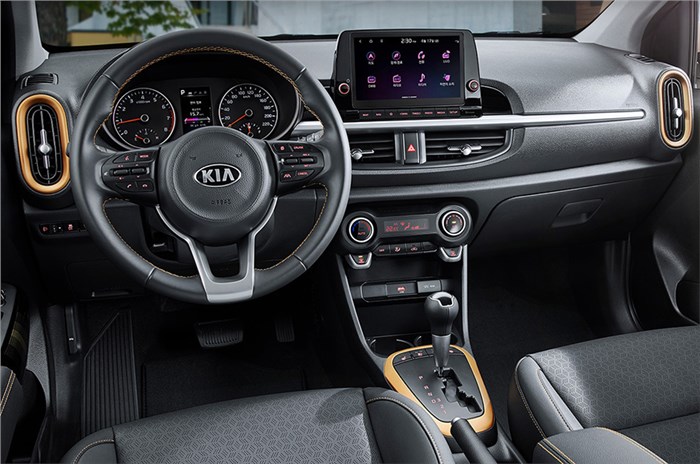 Kia has revealed the Picanto facelift in its home market of South Korea. Badged there as the Kia Morning, the hatchback receives revised styling and packs in more equipment.

Up front, the updated Picanto gets a revised chrome accented ‘tiger nose’ grille, revised LED projector headlamps with DRLs, and a new front bumper. Compared to the outgoing model the central air dam has been restyled – the side air-vents are now much slimmer. The fog-lamps sit within the central air-dam in a similar layout to the Picanto GT Line. Little has changed from the sides save for new design alloy wheels.

Round the back, the tail-lamps now feature LED detailing, while the rear bumper is new and features a faux diffuser-like element with chrome accenting.

Moving to the cabin, not much has changed inside with majority of the control surfaces carried over from the outgoing model. Changes include coloured inserts around the side air-con vents, a gearbox console and a larger, 8.0-inch touchscreen. Also new is a Bluetooth Multi Connection function allowing users to wirelessly pair two smartphones with the infotainment system at the same time.

Powering the hatchback is a 76hp 1.0-litre naturally aspirated petrol engine. The unit is paired with either a 5-speed manual or 4-speed automatic gearbox.

Moving to India, Kia had a successful first year in our market. The carmaker is among the 10 bestselling manufacturers in FY2020. Its first product, the Seltos, quickly became a popular model amongst SUV buyers and regularly featured in the list of bestselling UVs post launch. The Seltos was joined by the Carnival MPV earlier this year; and the brand’s Sonnet compact SUV – revealed as a concept at the Expo – is set to launch later this year.

While the carmaker has showcased the Picanto in the build-up to its India launch, it has not revealed any plans for the same. The Picanto is based on the previous-gen i10 sold in international markets but is smaller than its Grand i10 and Grand i10 Nios rivals in India.