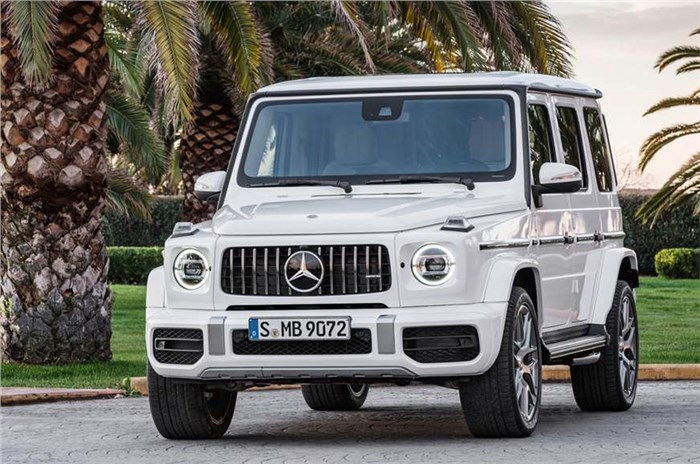 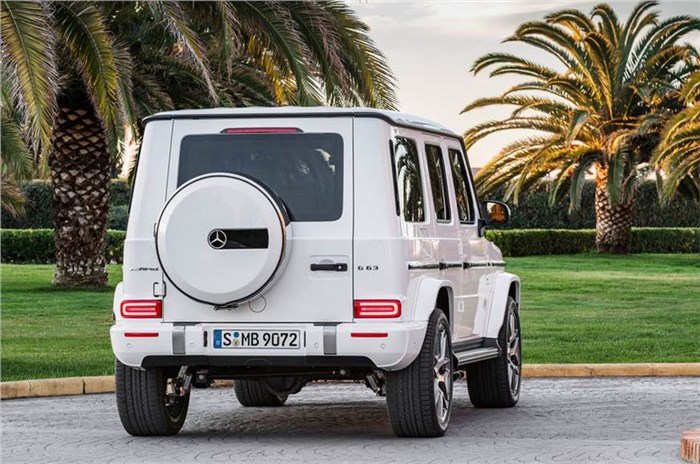 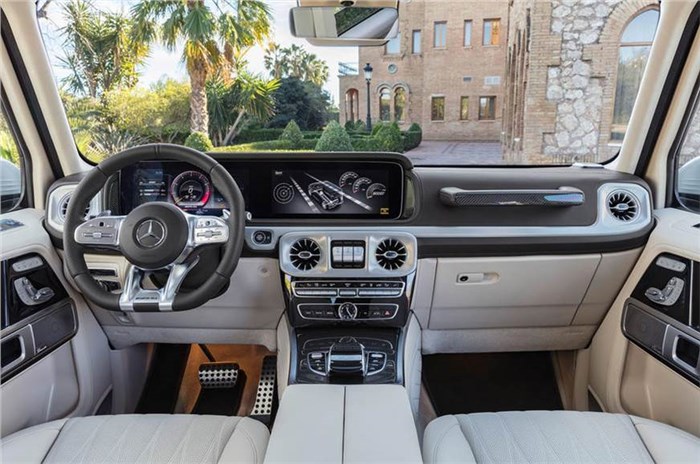 Updated performance SUV gets a 585hp, 4.0-litre V8 motor and a reworked suspension; to sport cosmetic changes as well.

Mercedes took the wraps off the new range-topping AMG-badged G 63 just before the Geneva motor show, and now plans to bring the performance SUV to India on October 5, 2018. The brand has made the already potent G 63 even more so with this new update.

The new G 63 adopts a contemporary aluminium body shell and widened ladder frame chassis, which has increased its width by 210mm and rear legroom by 150mm, compared to the previous model. This is said to aid in providing greater comfort and stability. In a bid to further improve the model, the G 63 also gets a heavily reworked suspension that departs radically from the set-up used by its predecessor; it raises ground clearance to 241mm.

The range-topping SUV gets a number of typical AMG design cues, including a unique grille with 12 vertical elements and a deeper front bumper featuring a matte-silver kick-plate. Its 21-inch alloy wheels come as standard and, in a continuation of the set-up used by its predecessor, it gets side-mounted exhaust pipes that exit beneath the rear door.

The 2018 model’s cabin features a newly designed dashboard with Mercedes-Benz’s Widescreen Cockpit that comes with analogue instruments as standard; though, can be upgraded with digital instruments in combination with a 12.3-inch infotainment display. The new G 63 AMG also receives redesigned front seats and a new rear bench that can be folded down to expand boot capacity.

Under the bonnet of the new G 63 is a 4.0-litre, twin-turbo petrol motor that replaces the previously used 5.5-litre V8 engine. The new mill makes 14hp and 90Nm of torque more than the outgoing unit, taking output figures to 585hp at 6,000rpm and 850Nm of torque between 2,500rpm and 3,500rpm. The engine is mated to a new nine-speed automatic transmission that powers all the wheels via Mercedes’ 4Matic all-wheel-drive system. Despite a kerb weight of 2,485kg, Mercedes-AMG claims it accelerates to 100kph 0.9sec faster than its predecessor, at just 4.5sec. Nominal top speed has also increased by about 10kph to a limited 220kph. However, buyers will also be able to specify a so-called driver’s package that brings upgraded wheels and tyres, and a limited 240kph top speed.

As the current Mercedes-AMG G 63 retails at Rs 2.19 crore, expect a slight increase in the new model’s price tag. In our market, Merc’s flagship SUV directly rivals the likes of the Range Rover Sport SVR, which is priced at Rs 1.97 crore.