23,000km report: A 6500km round trip to the Himalayas and back, and some off-roading with the clubs of North India.

Eight hundred kilometres on the first day, 700 on the second and 600 on the third. Mumbai to Manali. I was pretty sure my pretty passenger would push the Thar off some Himalayan peak at the end of it with me strapped in. But no, she found it surprisingly comfortable and continued to do so for the next 15 days and the remaining 4400km. We roamed the Himalayas on our 3-week road trip – Turtuk in Nubra valley (9km from line of control and the northern-most point in India civilians can go), back to Leh via the deserted and absolutely breathtaking Wari-La, Pangong Tso (the highest saline water lake on the planet), with deep-blue skies during the day and a carpet of stars at night. The Thar was at home up there – the slush of Rohtang, the landslides of Baralacha La, the stream crossings and the 18,380ft of Khardung La – it just ploughed on, mostly unfazed by the lack of oxygen. 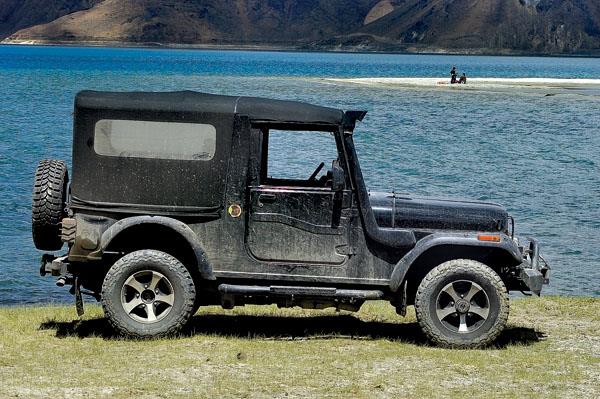 I could have taken a more ‘comfortable’ car, but I had planned off-road excursions with the Gerrari off-road club of Chandigarh and the Terrain Tigers of Delhi on the way back from the Himalayas. No other car in the longterm fleet had the same breadth of abilities for this kind of trip. And taking the Thar meant I could confidently drive through the unpredictability of a Himalayan road.