Where has 22 KYMCO disappeared to? 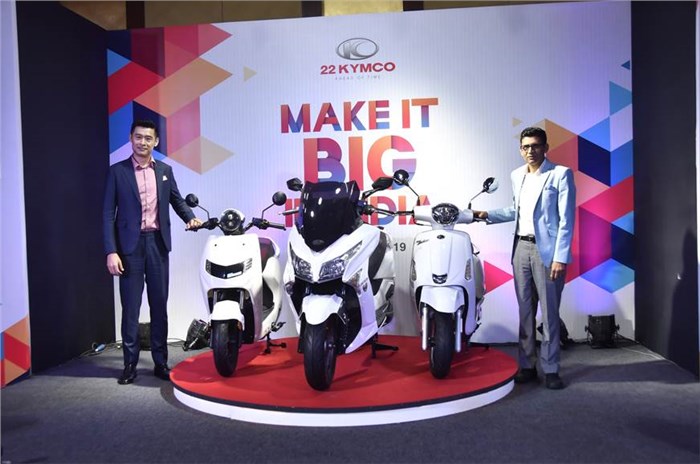 The company announced three new vehicles in June 2019, but there has been no word since.

22 KYMCO had made one of the big announcements in the Indian EV space back in 2019, but we haven't heard anything from the company for nearly eight months now. We aren’t sure what the exact status of the business is, but things don’t look good and this is a report of everything we know at the moment.

Let’s start from the very beginning. 22 Motors was an EV start-up that popped out of the blue a couple of years back when it ‘launched’ its Flow electric scooter at the Auto Expo. After that there was almost complete silence, which led us to believe that 22 Motors was just another one of the myriad EV start-ups that promised much and delivered little.

But then in October 2018, the 22 Motors name suddenly got a whole lot more credible with the announcement that Taiwanese two-wheeler giant – KYMCO – had picked up a 25 percent stake in the company. KYMCO was reportedly planning a USD 65 million (about Rs 483 crore) investment into the alliance over a period of time. Alongside the announcement, 22 KYMCO, as the company was now called, told us that the Flow EV would be improved with the addition of KYMCO's removable IONEX battery pack technology. The new Flow EV was supposed to be available at the 22 Kymco Experience Store in New Delhi from early 2019, followed by Gurgaon, Jaipur, Hyderabad, Pune and Bengaluru soon afterwards.

That never happened, but with EV startups, it is fair to expect a few delays so this didn’t appear suspicious. Instead, 22 KYMCO held another event in June 2019, revealing the updated iFlow, as well as the petrol-powered Like 200 and xTown 300i. We were told that all three scooters would go on sale in September 2019. The company announced plans to commence sales in six cities – New Delhi, Bengaluru, Pune, Hyderabad, Kolkata and Ahmedabad, with a total of 14 dealers.

That was the last we heard from 22 KYMCO. A few months later, we finally reached out to the PR firm representing 22 KYMCO to ask when we could get some test vehicles. This was when we were told that they weren’t representing the brand any more. This was interesting, but we didn’t pursue it too much – manufacturers sometimes change PR firms representing them. We decided to wait some more, but when we continued to hear nothing, we wrote an email to KYMCO’s overseas sales division manager. Having received no answer, another mail was sent out to a different KYMCO representative, marking the company’s standard contact email address. Again, no response.

With nothing from KYMCO, I tried to contact someone from 22 Motors. A mail that was sent to Parveen Kharb, the founder and CEO, received no response. At this point, it did not come as a surprise. More interestingly, calling the landline number listed on Kharb’s visiting card plays back that familiar recording, “the number you have dialed does not exist, please check the number and try again.” I did manage to get through to Sumit Chatterjee, Assistant VP - Sales, who told me he left the company over six months ago, but didn’t go into any further detail, only citing that he left for a better offer.

Hoping to find another way to get in touch with the company, we checked their Twitter handle, only to discover that the last tweet was sent out in July 2019. At the moment, things look rather grim. As far as we can tell, the alliance between KYMCO and 22 Motors has fallen through and there are big questions as to whether the latter firm even exists any more.

We will update this story as and when we hear more.