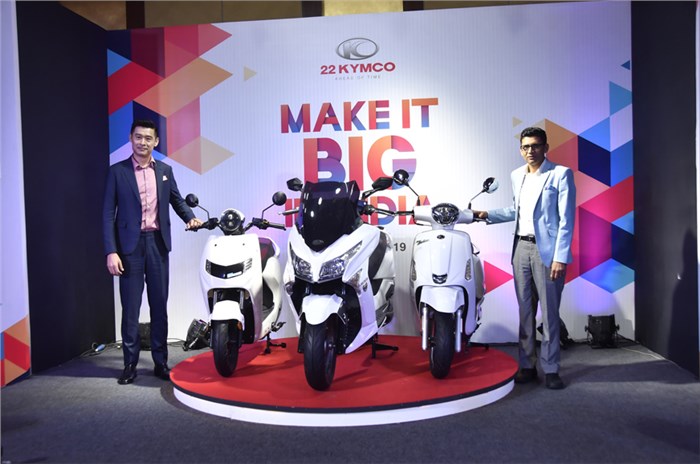 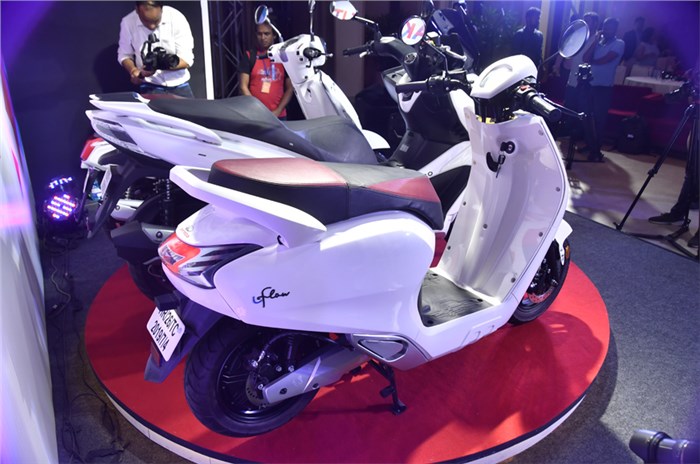 The company will commence sales in six cities – New Delhi, Bengaluru, Pune, Hyderabad, Kolkata and Ahmedabad, where it aims to debut with 14 dealers. Over the next three years, it plans to set up a pan-India dealership network with 300 touch points.

Allen KO, chairman of 22 KYMCO, announced setting up a manufacturing plant in Bhiwadi, Haryana with an initial production capacity of 1 lakh units. While the iFlow will be manufactured in India, the Like 200 and X-Town 300i will be imported as SKD (semi-knocked down) units. That said, the iFlow is not completely Indian as components like the battery and motor are imported from China.

In addition to the launches, the company has also revealed plans to set up its charging network (IONEX) across India. 22 KYMCO said that each city will have 40 IONEX charge points, as the company said this will ‘make e-mobility a more cost efficient and practical option’.

The iFlow is an updated version of the Twenty Two Motors Flow that was unveiled at the Auto Expo 2018. Its feature list includes regenerative braking, cloud connectivity, Reverse, Cruise and Drag (for riding at a slow crawl, in case of a situation like a puncture) riding modes, hill assist, app-based smart functions, all-LED lights and CBS. Its electric motor produces maximum power of 2100W and this gives the scooter a claimed top speed of 60kph. The iFlow also has disc brakes at either end. It is available in six colours.

The scooter will be sold without batteries and KYMCO supplies these as a leased system, which means you never have to worry about degrading batteries over time. Leasing costs Rs 500 per battery per month and the scooter can carry up to two batteries. With a single battery, range is an ARAI certified at 40km, which doubles if you chose to use two batteries. The company tells us that leasing contract will also cover all service costs. The scooter comes with a 5 year warranty.

According to the company, the Like 200 is a retro-modern scooter that the company claims will be ideal for daily commutes. Interestingly, the scooter shown at the unveiling wasn’t the Like 200, but was the international-spec Like 150. 22 KYMCO said that the Like 200 will be similar when it comes to the styling and features, but will use an all-new 163cc engine in place of the 150cc one unit. We expect the company to reveal more details closer to the launch.

The X-Town 300i uses a 276cc, fuel-injected, two-valve, single-cylinder engine that makes 24.5hp and 25Nm. This motor comes paired to a CVT. The X-Town is a maxi-scooter and will be the only one of its kind at its price. The huge scooter has a claimed dry weight of 181kg and a fuel tank capacity of 12.5 litres; these figures are higher than those of similar capacity motorcycles. The scooter also gets disc brakes at either end, and uses a 120/80-14 tyre at the front and 150/70-13 tyre at the rear. It is fitted with ABS too.