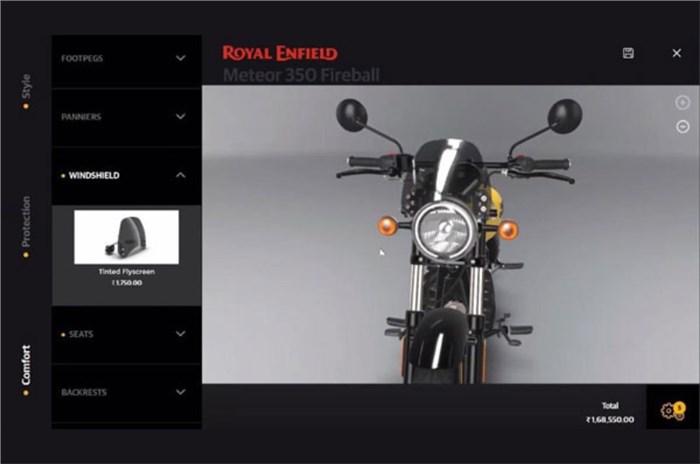 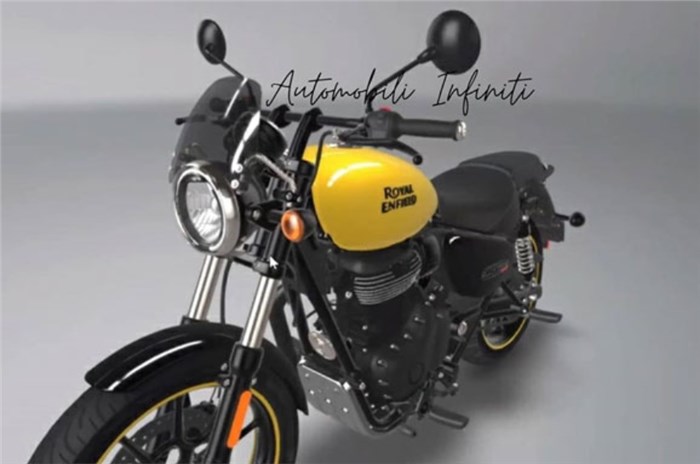 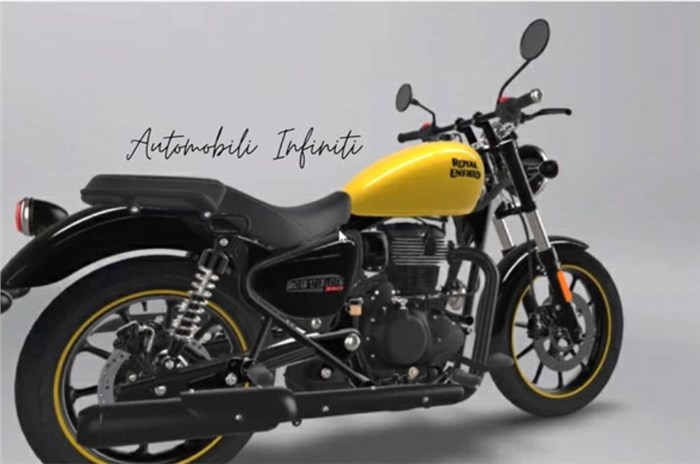 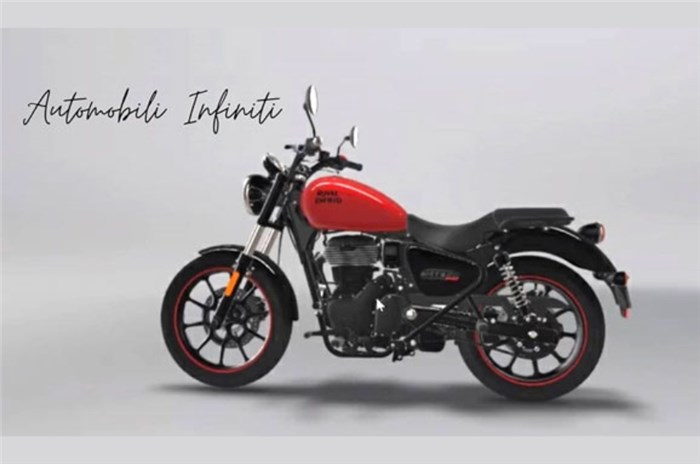 The latest images of the upcoming Royal Enfield Meteor 350, from what appears to be an online configuration tool, reveal important details. While spy images from last month confirmed that the upcoming Thunderbird 350 X replacement was set to be called the Meteor 350, these new pictures reveal even more information about the name. What’s more is that the price and other details have been leaked as well.

It's been rumoured for a while now that Royal Enfield will drop the ‘Thunderbird’ name in favour of ‘Meteor’, a name the company trademarked early last year. If you want to know more about why the company made the switch, head here. What’s interesting is the new ‘Fireball’ suffix that can be seen on the configuration tool. While it wouldn’t be unusual for this to be part of the model name, we're not sure whether the fireball suffix is for the full Meteor family or in reference to a particular colour or model variant.

What’s even bigger news is that one of the images also shows the price tag of Rs 1,68,550, which does look like it includes some accessories. This is most certainly an ex-showroom price, and for reference, the Thunderbird 350 X it will replace was priced at Rs 1.63 lakh. The images also reveal that the upcoming Meteor 350 will feature a number of optional accessories. We’ve also seen this on the company's Classic range and 650cc models.

The Meteor 350 will get a new circular instrument console with a larger, offset unit on the left that will house a small digital display. What the smaller circular unit on the right has to offer is presently unclear.

This new Royal Enfield will also sport a brand-new double-cradle chassis and will also run a completely new engine. Royal Enfield has worked hard to ensure this motor keeps its classic design, but we’re sure to expect a more modern SOHC system for the valvetrain, and, of course, fuel injection.

The COVID-19 problem may have caused some delays, but work on a configuration tool reveals that the launch is quite close.