We compare the Hunter 350’s Metro variant on paper with closely matched versions of its rivals. 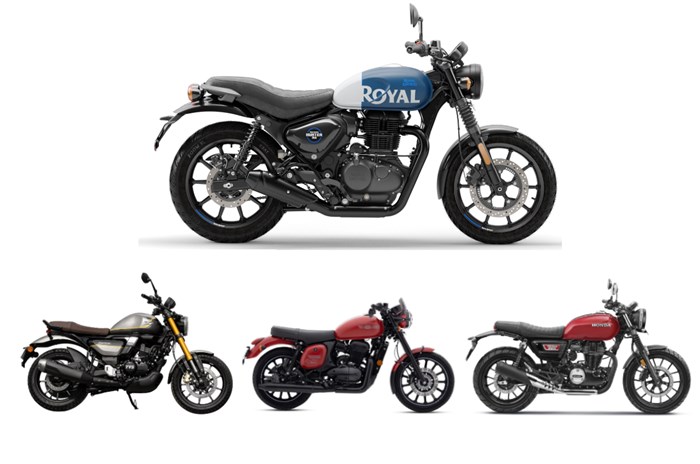 The covers are off the Royal Enfield Hunter 350’s spec sheet and we have compared it to its chief rivals on paper. For the sake of this comparison, we have selected the higher-spec Metro variant of the Hunter 350 which gets dual-channel ABS, and compared it to the most closely matched versions of its chief rivals, the Honda CB350RS, TVS Ronin TD and the Jawa Forty Two.

All bikes here, except the Jawa, feature engines that are more geared toward low and mid-range torque than outright performance. In terms of power, the Ronin, Hunter 350 and the CB350RS are neck-and-neck, with barely any difference, while the Forty Two makes nearly 7hp more. The Jawa is also the only bike here to feature a sixth cog in its gearbox, while the others have to make do with just five gears. The CB350RS and the Ronin benefit from having a slipper clutch, while the Hunter and the Forty Two miss out on this feature. One thing to note here is that Jawa doesn’t mention the RPM at which the peak output figures are achieved.

Suspension is an area where the Ronin has the most modern componentry of the lot, being the only one to feature a USD front fork and preload adjustable monoshock. The others make do with rather basic telescopic units at the front and preload adjustable twin shock absorbers at the rear. The Hunter and the Ronin run on 17-inch alloys at both ends, while the CB350RS and the Forty Two have larger diameter front wheels compared to the rear. All bikes here feature dual-channel ABS as standard, although the Jawa gets a relatively smaller front disc.

The Ronin is the lightest bike here by a comfortable margin and also features the shortest wheelbase of the lot, while having the most ground clearance as well. The CB350RS has the longest wheelbase and it's the second heaviest bike here, although it does feature the largest fuel tank amongst its peers. The Jawa does have the shortest seat height of the bunch and provides the easiest access to the ground.

The Ronin is the most feature-rich bike here, with smartphone connectivity allowing you to access navigation and communication, all-LED lighting, and it also gets a USB charger. The Hunter 350 gets the Tripper navigation pod as an optional extra and features an LED tail-lamp and a USB charger as standard. The CB350RS is the only bike here to feature traction control and you can also pair your smartphone to the dash via a Bluetooth accessory module. The Forty Two is by far the most sparsely equipped bike here, with a basic, largely analogue gauge and no connectivity options.

When it comes to pricing, the TVS has the upper hand, with its TD variant retailing between Rs 1.69 lakh-1.71 lakh, depending on colour option. The latest iteration of the Jawa Forty Two is priced at Rs 1.94 lakh, while the Honda CB350RS retails for Rs 2.03 lakh, making it the most expensive bike here. Prices for the Royal Enfield Hunter 350 will be announced at its launch on August 7, and it remains to be seen where it finds itself amongst this company.

Of the aforementioned bikes, which one would be your pick? Let us know in the comments section below. 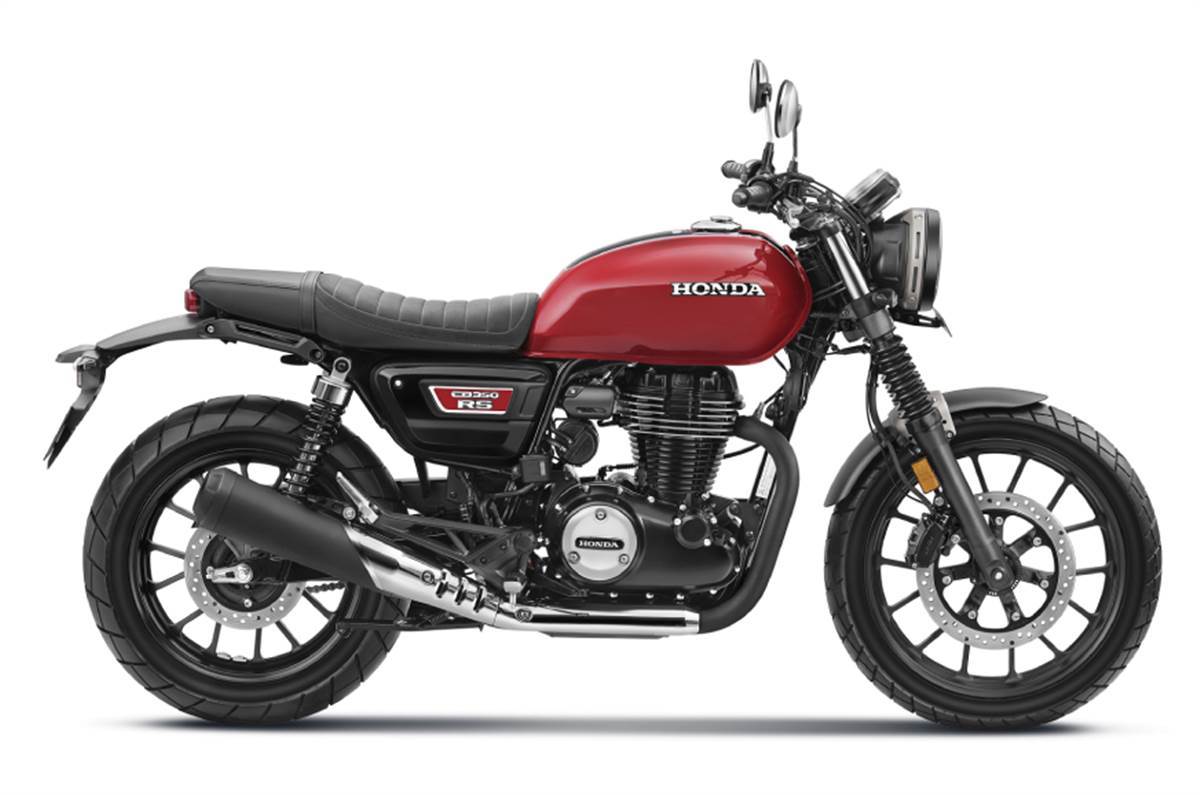