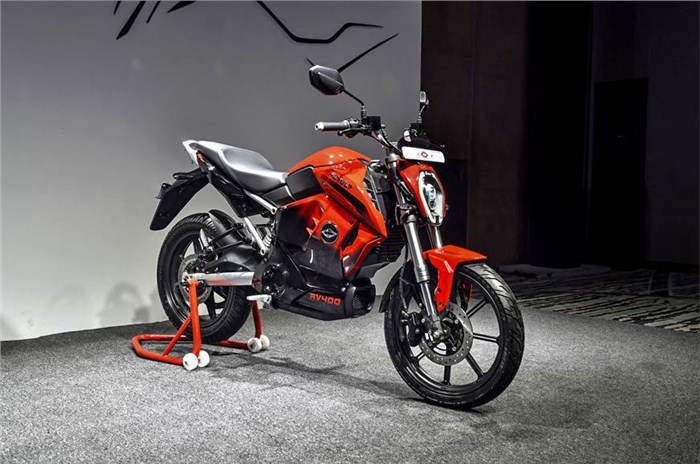 Revolt has just announced that deliveries of the first batch of RV 400 has begun today in Delhi. Earlier this month, Revolt announced a one-time payment plan for those looking to buy the RV 300 and RV 400. Dubbed the 'Revolt Cash Down Plan', it allowed customers to purchase the bike with a single payment instead of the unique EMI option that you can read about here.

Now, just a few weeks later, Revolt has revealed that its bikes have been sold out for the rest of the year. However, you can still book one online, and deliveries for the same will commence in January.

The Revolt RV 400 is the flagship model in the range. It has a top speed limited to 85kph and an ARAI-certified range of 156km. The RV 300, on the other hand, is a smaller model with a 30mm shorter wheelbase, at 1,350mm. The rear tyre is narrower than the RV 400’s and the rear disc brake is smaller as well. However, the biggest difference is the smaller 1.5kW hub-mounted motor. The RV 300 also has a slightly higher range as compared to the RV 400.

Revolt will also have ‘mobile swap stations’ that can be tracked via a phone application; these will allow users to swap out drained batteries for a fully-charged one. Revolt currently has two dealerships (called Revolt Hubs) in Pune and four in Delhi and is set to open new showrooms in Bengaluru, Mumbai, Ahmedabad, Hyderabad and Chennai in the coming months.